Curently i have 2 efi partitions …one currently used by elementary os…and one doing nothing of windows 10(pre-installed).

Nw i have iso burned into usb, when i install windows 10 now…will it create efi partition newly.

Hello and welcome.
I don’t know, if this would go well (for your ElementaryOS).
Installing Windows 10 after GNU/Linux is kind of tricky…
In the best case Win10 “only” replaces your bootmanager (GRUB, I assume) with its own, which can be fixed relatively easy.
If your abandoned EFI-partition does have any value for the new Win10 installation, I don’t know.
Nevertheless, I found this how-tos that look promising for your achievement (Elementary is based on Ubuntu, so I think you can adapt the method(s)): Three steps to install Windows & Ubuntu in dual boot mode, where Ubuntu is already installed on a system & Windows is installed after Ubuntu. 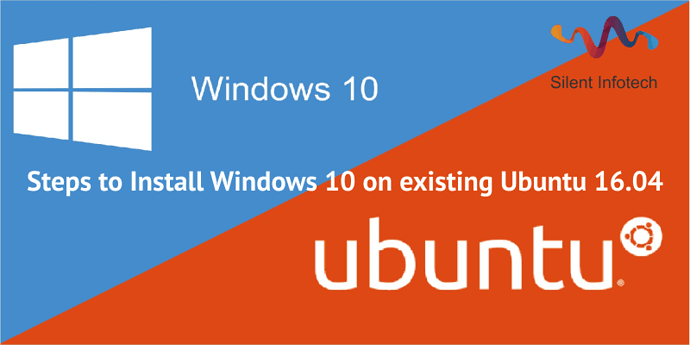 Installing Ubuntu after Windows is easy and straight forward process. But to install Windows alongside Ubuntu is a bit tricky and not recommended. But you still have to do it sometimes. So, here are the steps to install Windows 10 on Ubuntu 16.04...

Thanks for the help !!!
Everything went good…but i had to delete the multiple esp partitions as windows does not like it maybe

But now , the next problem is windows does not show up the partitions that i had made in elementary os.
Any fix for that? Googling all the stuff gives the reverse scenario where windows partitons are unable to be accessed in linux.

This is right. GNU/Linux can “see” and access Windows partitions (NTFS), but not vice-versa, as Windows can not “see” GNU/Linux partitons (ext3/ext4).
If you have to exchange data from one os to the other or need a “common ground” for data that needs to be accessible from both worlds, I would recomend you create a partition for data exchange which is NTSF formatted. Or you use an USB drive that is connected to the machine (permanently).

Well, I can format all my partitions to ntfs right and then they are accessible to both…

Maybe I will go with your suggestion of making a new data sharing partition with ntfs formatted.

Thanks everyone guyz for your valuable inputs.

Well, I can format all my partitions to ntfs right and then they are accessible to both…

That would be horrendous. You should avoid NTFS as much as possible on Linux, because it does not support Linux file permissions. Due to this and other incompatabilities, you ideally shouldn’t use NTFS at all on Linux, because files can randomly break on Linux, if they reside on NTFS.

The idea of the whole thing you are trying to do is just bad. I suggest, you should forget trying to fuse 2 entirely different operating systems together. You can use both alongside each other, one at a time. Don’t try using both at the same time. It won’t work and the parts that work are highly discouraged of being used together.

Thanks for your fast reply akito.

Also what would you advice if not creating the sharing ntfs parrtition ?
Well, I can use two operating systems one at a time but what wud be the best if in case i really need to access data.
Pendrive would not be great I think.

It is possible to use NTFS on Linux. So if you really need it, you probably have no convenient way around it. It is just really recommended against, because files can get corrupted. The safest use case of an NTFS file system within Linux is using it only for pictures and videos. The best workaround would be to only have files on this shared partition, that you can easily restore or are replacable in another way.

Point is, don’t use NTFS on Linux for files you need to work, you need to rely on. If you only use it for unimportant files, then it wouldn’t result in a regrettable situation, in case the worst case scenario kicks in.

It is also true, that many use NTFS partitions within Linux for this purpose and nothing happened to those, yet, however that is relatively likely to happen any time.

The way I personally solve this issue:
I have a Raspberry Pi with a ZFS pool of mirrored disks attached to it. If I need it on my Linux machine, I download it from this server. Same happens if I need the same files on my Windows machine.

thanks for the help!!

I am not experienced enough to comment with absolute certainty on your situation, or the statements made about NTFS and Linux, however, thought it worth letting you know my solution to the problem of a massive Windows created data file structure, needing to be accessed from W10 and Linux. The solution below has worked without issue for some time now and is very productive compared to dual booting.

Initially, when new to Linux (and after painfully transferring a dozen or so email accounts with thousands of mails from W10 Live Mail to Linux Thunderbird), I went down the dual boot scenario, with which I soon got fed up, having to reboot to check my email, if I was working on a Windows program.

The other major frustration with dual booting was that, when W10 decided to do an update on closing, it would prevent shutdown until finished - thus preventing me rebooting to Linux (sometimes for hours).

The solution I have now has been successful for well over a year with very few problems and I get fast access to both systems from Linux (Ubuntu 18.04LTS) here are the steps I took.

a) I had already installed a new disk, on which I had installed Linux Ubuntu 18.04, (formatted ext4).
b) I left the existing windows disk (formatted NTFS), as a data disk ie. not using the win OS on it.
c) On the Linux disk I installed Virtualbox 5.2.34 - It’s also important to install VBox Guest Additions 5.2.34, so that you can access USB devices etc. from VM.
d) I created a W10 virtual disk and installed the minimal set of programs that I can’t find suitable alternatives for eg. Quickbooks. I uninstalled all the windows stuff I won’t use eg. office, video and music players games etc., to keep the size down and speed up as Linux alternatives are available.
e) The virtual machine can access files on the original Windows disk (now for data only) through the shared folders set up in Vbox – I do not save ANYTHING to the virtual machine local file system.

So, I have a lean W10 virtual system that I can start up from Ubunto without having to reboot.

The major advantage of this approach, is that I can be working in W10 virtual machine on say Quickbooks and easily park it to answer an email in Linux Thunderbird, or access any other Linux program whilst W10 is running in VM.

I access Word docs, spreadsheets etc. previously created with Windows Office, with Linux Libra Office. Any file that I create that may be needed to be read via. Linux OR W10, I save on the NTFS data disk (old Windows disk) because, as others have said, Windows would not see it, if saved to the Linux home folder formatted as ext4. New files and folders I create that I know will NEVER need to be read by Windows, I can save under the Linux home folder.

Sorry for the lengthy text, but feel it may also help a few newbies in the same boat as I was a couple of years ago.