Free as in free to do what you want 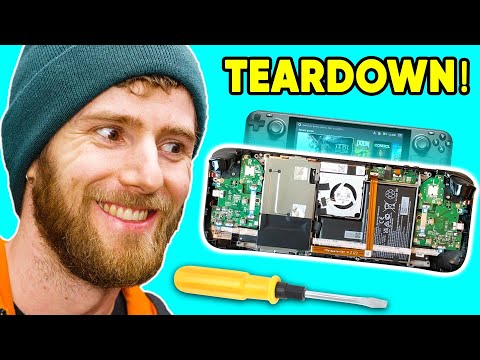 Watch a couple of minutes, starting from that timestamp. What is being said in that section is so true.

If I would have the time and motivation to use a device like that, I would immediately buy it, because of how it seems to be the only seriously high quality console, which allows the user to be actually free instead of locked down by whatever Nintendo/Sony/Microsoft wants you to shove into your ass.

Another section talking about being locked-in by the vendor vs. freedom:

It’s always been about Linux with Valve and being true to the Open Source way of thinking, is what I love about them. When I have bought games from them in the past, after realizing could not quite afford it, after adding said game to my wish list, they emailed me to say that the game has gone down to a more affordable price, from £40.00 pounds down to £8.00 in a matter of hours not days.

They are a company that look after their consumers. Okay so Steam is a cross platform utility, but they are still true to the Linux ethos. I have a feeling that the Steam Deck is going to out sell any other console on the market, simply because of the openness of it, not being locked down to one thing, but having choice of how we want to use it? This will change the future of gaming forever and hopefully scare the living piss out of Sony, Nintendo and Microsoft?

Sony’s PS4 is based on Open BSD, why they cannot share their programming with us on Linux is beyond me? Open BSD has the closest programming language to Linux, in fact nearly identical. Sony has a Direct X equivalent code patch they wrote put into their OS, so why not share it with us all here on Linux? We could adapt it to run the latest games out of the box in Linux maybe?

We could adapt it to run the latest games out of the box in Linux maybe?

That’s why they don’t do it. They want to increase profits, not help or improve the world.