I unsubscribed from the IT’s FOSS Weekly newsletter - because there’s so much advertising on the website - it’s almost unusable (in Chrome - I’m using an ad-blocker too - Pi-Hole)…
e.g. : 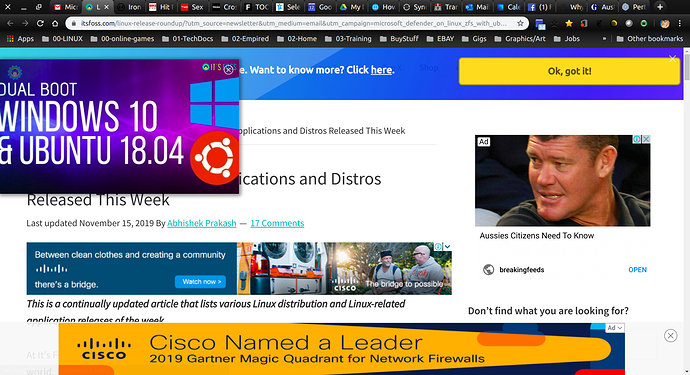 This might be acceptable on a big 24" or larger monitor - but not on a 12" laptop screen…
– update –
Just re-subscribed - realised I wasn’t pointing my DNS at my Pi-Hole machine… but it’s a shame - yes - the advertising revenue contributes to the upkeep of the platform - however - when it makes content unreadable, it defeats its very purpose - I won’t revisit sites that prioritise advertising popups over readability.

Here’s what it looks like when I use my Pi-Hole as DNS server (running on an RPi3) : 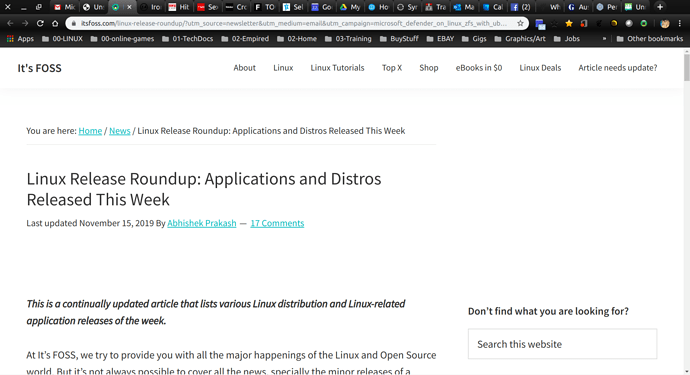 Curious what the site looks like in Brave (I won’t use it because it’s multi-computer sync features are clunky at best, and unusable at worst)…

Thanks for the feedback. We follow the trends same as other industry leading publications, for example, Forbes.

I’ll check if it’s possible to display the videos only on screens bigger than a certain resolution though it’s less likely.

Ads are our primary source of revenue. It helps us pay for the cost of the IT infrastructure and the salaries of 4 full time employees and several other part time contributors.

Starting January, the ads will be reduced on It’s FOSS. I am exploring other revenue channels, like partnering with Linux/DevOps related brands. Ethical ads (if they perform good) will be more prominent. If our other website Linux Handbook picks up, that will also compensate the revenue loss from reduced ads at It’s FOSS.

Meanwhile, I don’t stop our readers from using ad-blockers. Access to the information shouldn’t be locked behind a paywall.

I hope you understand.

I’d like to add that there was a lot of pro-advertisement propaganda on the internet when alternatives surfaces. I remember about 2 years ago people started to use Coinhive and similar services to reduce or even completely get rid of ads from their products. Then a big wave of articles and other voices came into play, heavily criticising the new alternative.

The goal was to replace ads by an adjustable (how cool is that?) script that ran on your website, which used part of your CPU power to mine coins like Monero. This way you could tip the website owner without seeing a single ad.

Of course there are downsized to every method. Like e. g. it really wouldn’t help if websites would mine on your already old and cranky laptop, sure. But as I said, for example with a Coinhive script the user was able to define the amount they tip themselves.

So what happened? After the huge wave of articles and other heavy criticism became public, users just got this “nope” vibe through this psychological manipulation and found it bad. There were even a couple of mining blocker extensions for browsers, I remember.
So as expected, some while ago Coinhive died and this alternative is basically born dead.

Thanks, ad industry. Keep harnessing information about me and remember to keep statistics of when I take a dump while reading some news paper on my phone.

Just installed Brave into Mint 19.2 this morning, and the ItsFoss website looks pristine and easily legible.
Brave seems to work without issue and imported all my Chromium doodads without issue.

This is what it looks like for me, on Firefox with just Adblock Plus. I don’t see any of those ads or pop-ups… 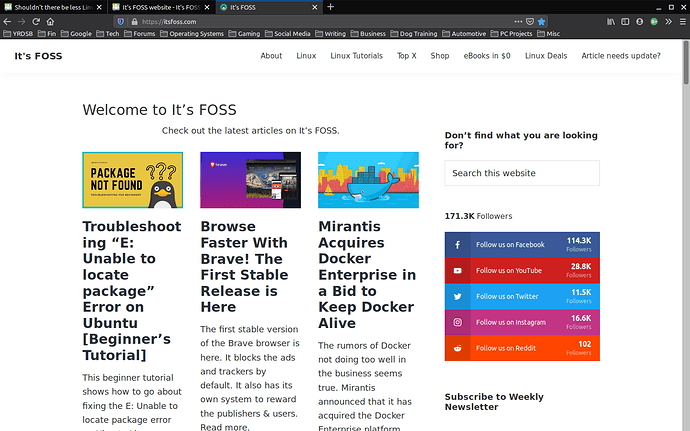