Which command line based text editor would you recommend to a beginner and why?

Most people would not have even heard of Joe

Perhaps they remember it as WordStar (https://www.wikiwand.com/en/WordStar), perhaps they already known it with different names; as far as I remember was the default keybinds for Borland’s products, that means today Delphi too.

Vim for two reasons. First - beginners goal is to become at least intermediate user and vim will help him a lot to go on a right track. Second - vim (unix famous vi) is absolute classic.

Reading about WordStar actually brings back some very nostalgic memories! I’ve used it a lot during the 90s!

There are many good text editors out there, but if you want to be used by newbies it is required to have help window or a visible menu. The most easiest is the mcedit (Norton Editor clone) that comes with mc.

The LE is an enhanced version of mcedit. LE is a text editor which appears something like the Norton Editor, but has many additional features:

I personally use a heavy modified version of JED, that emulates BRIEF. I always used BRIEF keys from my first Slackware 2.3

Isnt that the meaning of the better OS? to adapt it to your needs?

Vi / Vim … it will always be available in any machine you log on to and the basics are super easy to learn, when people say the learning curve for Vim is steep it’s true if you want to learn every trick available, I’ve seen some crazy stuff in Vim and that is mainly for developers or anyone editing lots of text… For a sysadmin it’ll get you out of the water in no time!

Not quite true - few years back (2009/2010) went distro hopping again (from Ubuntu) - and tried Sabayon - and - it didn’t have vi/vim installed! I was so shocked, I didn’t even try to figure out how to install it (can’t even remember which parent distro Sabayon is based on) - so I formatted and went back to Ubuntu

I distro hop every 5 years or so, but keep coming back to Ubuntu… 15 years ago I was diehard Suse user… really annoys me that Ubuntu and Debian (I assume Ubuntu inherits this from Debian?) both default to nano for “visudo” and you have to “export EDITOR=vi” if you want to use vi in “visudo”… but then they give you a choice the first time you try to run “crontab -e”…

Anyway - I’m a vi user through and through - so used to it from UNIX, I never call it “vim” (which is a cleaning product in many Anglophone countries outside of North America)… and like someone else posted, you can use vi navigation in Chrome/Chromium (native), and via a plugin in Firefox (Vimium)… Also - no matter what browser you’re running, Facebook website does vi navigation 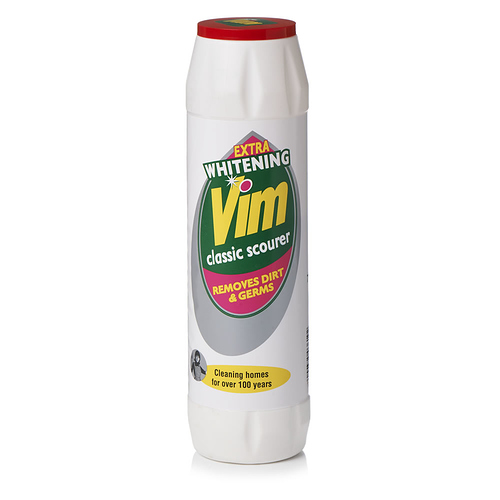 Just for the record, Sabayon is based on Gentoo

Depends on beginners goals.
★ If they need quick and easy: something like nano
★ if they want to do an effort and be well rewarded: vim/vi-improved

★ If they really want to “deep learn” I suggest starting with the standard UNIX editor which will be there even when there is no vim (or vi which it is based on - learn this too!)!
It is called ed(1) (ee-dee)
Even in the variants of vi everytime you type a command after the :-symbol down at the bottom line, you are actually using ex which is closely related to ed(1), and you can run vi in ex-mode as well.
Other reasons for learning ed(1) is that it is ancient and standard so a lot of it’s syntax is used by later tools like sed (Stream EDitor) and awk.
Start by studying it’s man and info-pages - or acquire a book if you prefer, like this one:

New for 1 April! Let me be perfectly clear: ed(1) is the standard Unix text editor. If you don’t know ed, you’re not a sysadmin. You’re a mere dabbler. A dilettante. Deficient. Forty years af…

It’s actually quite fun to work with! It was developed in a time when your interface was a printer (hence it is called print in programming languages) actually printing like a typewriter on actual paper!
Therefore it is quite terse and silent to save bandwith and ink

I always find nano irritating. But to recommend someone , i will definitely think of nano instead of vim. For not-so-command-line people, vim can be hell.

The first time I tried Linux (Slackware 3 in 1995) - the “other” text editor, besides vi, was “joe”… I think it was “wordstar” compatible… I used to use it sometimes, but eventually decided “vi” was faster, and as I was doing a fair amount of work on SunOS/Solaris and Digital UNIX (aka Tru64) - decided to stay in vi the camp…
whatever happened to joe?
https://joe-editor.sourceforge.io/
(seems it has some relationship to RMS

I have tried GEDIT, VIM, EMACS, and KATE. I am so in love with KATE that I won’t even try another editor. It works on Windows, Mac, and Linux.

First one I learned to use was Nano and it’s still the one I go to & recommend.

Ah, yes. Forgot about KATE. Recently discovered it while searching for ‘notepad’ in KDE Neon and was pleasantly surprised.

Maybe I will switch later, but for the limited editing I done so far Nano has been Great! The edit commands are right there on the screen.

for a beginner?
Nano!

Yeah, that’s one of the main reasons I use Nano.

There’s actually a fork around these days called WordTsar!

Good gosh it is a clone of WordStar from the 1980’s I think I did my RSA word processing on WordStar 5, if I remember correctly in 1988

A post was split to a new topic: Nemo behaviour adjustment