Which workstation operating system gets your endorsement in 2022?

I saw this survey of what people use for their workstation in 2022. No big surprises, but Ubuntu is ahead of Mac. You gotta like that! 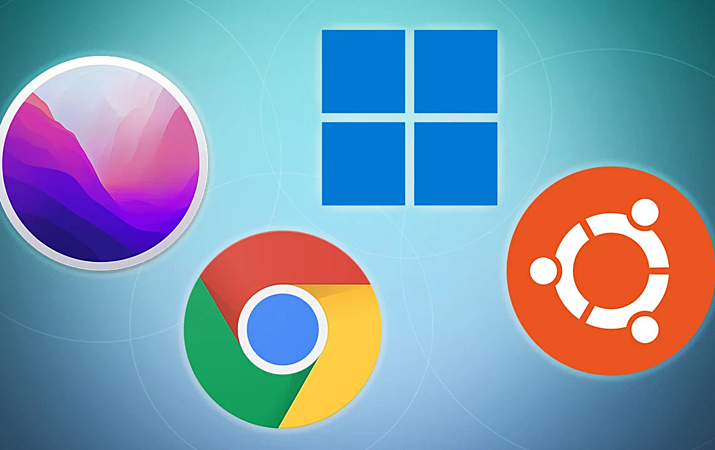 Which workstation operating system gets your endorsement in 2022?

While there is no perfect operating system out there, and each one has its own advantages and disadvantages, we all have a preference and opinion on what we feel is the best ope... 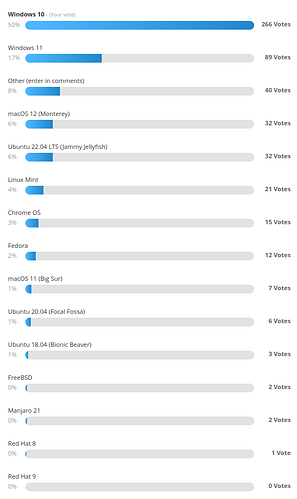 what people use for their workstation in 2022.

They obviously did not ask me. my vote goes , in order,
Void
Debian
Solus
Devuan
But I will not be surprised if others disagree.
Its great to have the choice

Void of any OS at all.

Strange to see the term “workstation” again after all these years…

Late 1980’s and upto early 00’s, it usually meant a very powerful RISC based UNIX desktop machine with a gigantic 21" or bigger CRT, Sun, Digital, Silicon Graphics, IBM, Intergraph, Hewlett Packard and Data General (there were more)… Windows NT started making inroads, and various companies started porting applications to Windows NT, e.g. SoftImage and Maya… And then a whole bunch of gruntwork got done by Linux “workstations”… I worked at a big Oil and Gas corp in the 00’s, about 150 “super-beefy” REL3 or 4 workstations with Dual Opterons, 32 GB of RAM, NVidia Quadro Pro GPU’s (sometimes two) - dual massive (at the time) 23" LCDs (4:3) monitors - when most Windows users were happy with 4 GB of RAM and a single 19" 4:3 monitor… And now my smartphone has more grunt…

I guess developers would, could, and perhaps should, consider their workhorse machines as “workstations”…

Strange to see the term “workstation” again after all these years…

Yes I worked on those risc machines with SunOS and Solaris . We used them as servers too. Did heaps of image analysis on wool samples, trying to setup a system to replace visual inspection of wool at sales.

I went a different way after that. When PC’s got big enough, BSD was available for PC’s before Linux, so I went to FreeBSD in 486 PC with external SCSI disks… a case of build your own workstation. I stuck with it into retirement, and only got into Linux in the 2000’s.

So I think the term ‘workstation’ is OK, but it is more about what the machine is used for, rather than its design. It sort of means a computer used for work, rather than for entertainment or communication.

Linux Mint is ideal for day to day operations.

Hi Steve,
Yes any good stable Linux such as Mint is fine for everyday usage. My choice for that is Debian… same family as Mint. The other good stable choices are Ubuntu, OpenSuse, MX

Mint is probably a fair choice for a new user too… the other choices for new users would be Ubuntu or MX.
Cheers
Neville

Indeed MX is an excellent distro and still available for 32 bit old machines , meaning one can even run it on Pentium 4 CPU computers , provided at least 1GB RAM is installed.