Why nvidia drivers don’t work in linux mint at 4K resolution always crash. While on linux mint Lmde they work flawlessly.Please help thank you.What is no one to help me. Sorry I can’t give you the data anymore because I couldn’t have linux mint installed because of the nvidia drivers I was forced to go back to Windows 11. Although I’d rather have linux mint I hate to have someone follow me like Windows.

Are you using HDMI or Display cable?? Is it a TV or gaming monitor?? To get 4k in Linux properly you need to use a Display cable. I only use 1440p on three monitors not TV’s, 4k is way too big, that’s four lots of 1920x1080 in joined four squares on your screen. Looking at whatever you’re using as a monitor, imagine a small 1920x1080p square starting from the top left corner of the screen, stretching out to the middle, then the same on the opposite side, the right side, then down to the left bottom corner out to the middle and the opposite bottom right. That is what 4k is. Imagine the work your graphic card or processor with on board graphics has to go through, to display such resolutions? Then we have 8k which is just crazy, 8 times 1080p. For 1440p the limit of the size of my three gaming monitors is 32".

I don’t know of any 4k gaming monitors, but yes TV’s that go so big you need a whole room to run them in. Sorry if this seems like a master class in resolutions, but 4k to me is just a gimmick, as now manufacturers of TV’s are conning people, saying that their TV’s have HDMI 2.1, which is meant to be possible to game at 4k 160Hertz or more. Take a look at the video below, of the latest report on HDMI 2.1. 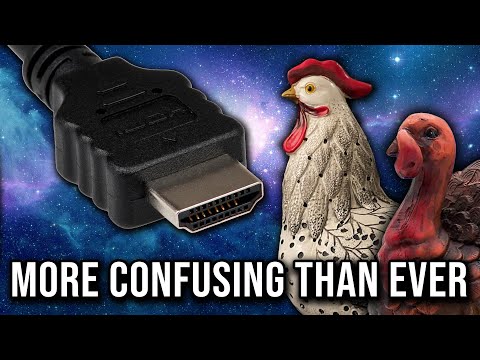 Get yourself a display cable if you have not already, also install a program called ARandR in Linux Mint, it’ll list all the possible resolutions that your monitor can handle.

Thank you for your comprehensive response with respect.

You say that there is no Philips LCD monitor 4K UHD resolution with 3840 × 2160 pixels, I have it. The monitor is intended for anyone who requires detailed information for CAD-CAM solutions that use 3D graphics programs or for financial professionals which use demanding spreadsheets. I installed Ubuntu 20.04.Lts and it works flawlessly. While Linux mint nvidia drivers crash why I don’t know but only in mint.

Anyway - I run Ubuntu 20.04 on my main desktop with an NVidia GTX1650 “Super” and a 32" QHD monitor - and it works perfectly… Of course I have to use the proprietary drivers, as most games demand it… But it’s perfectly acceptable and usable for me…

Hey - I often can’t even tell the difference between a 480P movie and a 1080p movie (e.g. downloaded) so I nearly always go for the smaller filesize

I didn’t buy anything, I got a 4K monitor as a gift. Windows 11 works flawlessly on this monitor, I just wanted to replace it with Linux mint or Ubuntu 20.04 LTS just because I’m tired of someone constantly following you like Windows .Linux mint doesn’t work on this monitor I have a graphics card strong enough to run. Only Ubuntu works very well and that’s it. I was just wondering why Linux Mint doesn’t work on this monitor but the nvidia driver always crashes in it any speech.

I installed Ubuntu 20.04.Lts and it works flawlessly.

I’m running Mint XFCE Ulyssa and all my monitors 32" are displaying 1440p perfectly through a display cable. Were you running Cinnamon? I have Iiyama, BenQ and Sonic monitors, proper 1440p computer monitors. 1440p should be good enough for Cad work, everyone is brainwashed into thinking that they must have 4k. I have to turn the Digital Vibrance down in Nvidia Drivers in 1440p as the saturation is way too high, which leaves me seeing colours that are as I see in real life, instead of the over saturated colours that these monitors think that are what everyone sees. God knows what it is like in 4k?

I never said about Philips, LCD Monitor, I said and I quote

I don’t know of any 4k gaming monitors

Which I don’t, as I always go for 1440p, which has been around far longer than 4k and much cheaper than going with 4k or 8k. 1440p is the proper gaming resolution and yes a lot of YouTube channels record in all the resolutions, but must take a toll on their broadband? I record in 1440p then render it, which shrinks the overall size of video down, ready for upload. The optimal limit for 1440p is 32" any bigger and you lose quality. Minimum is 27" The same for 4k too, as a monitor and depending on the work you’re doing. There is hardly anything quality wise between them, just different names and type of resolution and power draw.