Would it be safe to say as long as I don’t click on the ads, I am stopping people spying on me? Or is it any app with ads is bad for privacy?

If you see any connection to admob, Google etc, then your phone app is spying on you. I actually already knew the results, but I will let you test it and see for yourself. 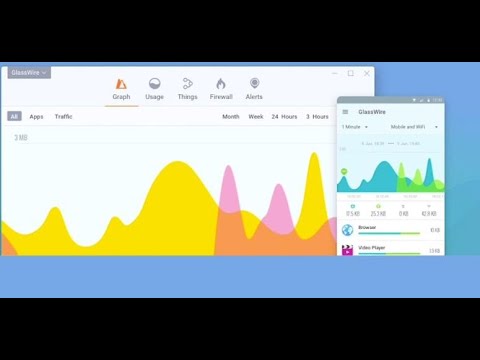 Appreciate your help. But I still wonder about ads in apps. Can I just ignore them and safe myself from privacy? Or am I damned as long as it’s installed until i get a paid version?
I went and signed in and turned off personalization of ads. I turned off all the activity, i turned off my wifi and internet location detection to off as well.

I had a look again and i think i get what you’re saying – Google spy’s on you no matter what. It’s a lot more than just ads… When you look at the meters comparing blue to green… yeah it’s surprising. Anyway, I’ll see what you say next time.

Yeah it’s a bit to digest…

Google spy’s on you no matter what. It’s a lot more than just ads.

The company tracks your location even if the location settings is turned off. I just post a news link about this topic here. If you want to escape from Google, the only option is to avoid using Android. I personally use Nokia 105.

If you are willing to format your smartphone, you can try any from this list:

Android is not the only option for your smartphones. Meet some open-source Linux based Android alternatives for your mobile phone.

If you want to escape from Google, the only option is to avoid using Android.

Running a vanilla Android AOSP derivative is a good alternative, too, I think. Yes, you are technically still in Google territory, but it’s still a million times better than the Android that ships by default on any “normal” smartphone.

Especially, if you run such derivative entirely without Google Play Services or any of that crap, then you are pretty safe. I am sure such way is a good mix of humanly bearable (real encrypted phones cost thousands of dollars; $5000 being the absolute minimum) but still very privacy respecting, for most privacy-conscious users .

If you are willing to format your smartphone, you can try any from this list:

The problem I see with the native Linux derivatives on Android is one simple fact:
Usually, they run like utter crap. If you rely on your phone for serious business (literally) you cannot afford having such an unstable operating system on your phone. I’ve seen many reviews, have tested such OS instances myself, my friend tested them and overall the average verdict was that they are pretty unstable and more fun than useful.

agreed - tried Ubuntu touch on my Nexus 5 a couple years back and it ran like a dog (3 legged variety), and one of the reasons I wanted to try it was to have a “real” GNU/Linux (instead of being crippled by Android on Linux kernel) on my handset with SSHD and a shell - and just to get that “feature” you had to jump through hoops (not even a shell by default! What???) - so I went back to MaruOS on it which does run SSHD and bash in a chroot (but then my Nexus 5 battery “blew up” [no explosion or leaked smoke - it just warped the handset chassis])…