Christmas is around the corner. It’s time to get into the Christmas spirit

Make the snow fall your desktop, change the terminal prompt, use a Christmas wallpaper and play Christmas songs of everyone from Mariah Carey to good old classics of Frank Sinatra and Nat King Cole.

Celebrate Christmas in Linux Way: Give Your Linux System a Christmas Touch -...

It’s been two years since I moved out of Europe and one of the things that I miss a lot is the Christmas season. Christmas songs playing in the shops, people in festive spirit and enjoying the Christmas market in the cold.

So, if you are celebrating the festival, merry Christmas to you and your family (in advance). Celebrate but with safety in mind.

Thank you, dear and I also merry days, although you might be in a place without holidays! And also thank you for the great job you and your mates are doing with itsfoss!

Which part of Europe were you in - US Forces Base?
Think you have got Y’all

cultures mixed up - this ain’t European

culture this is American

Culture of the worst kind - as they would say - Barf Out.

As for your … “Nothing makes Christmas more “Christmasy” then the snow flurries.” Have you not heard of Global Warming caused, in large part, by

- unless you are in denial like that Half-Wit President…? We are now told that snow at Xmas in England is a thing of the past due to global warming.
Used to love February; three days and nights camping in the mountains of Wales in deep snow and ice, frozen lakes, frozen waterfalls, frozen everything. What use of ice axe, crampons and four season sleeping bag now?

Had to go up the coast of Norway to the Russian border for a dog sled ride from the Ice Hotel - even then the dogs were finding it hot at 13 below instead of 35 below. 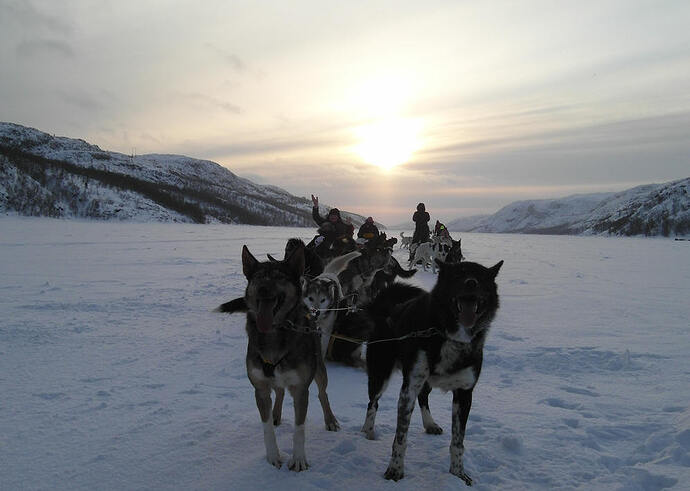 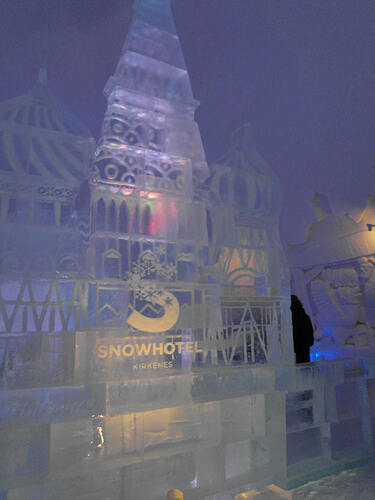 Nice thought though; but not my cup of tea or glass of Gluehwein - mince pie anyone…

Despite being much more of a summer girl, I actually do like the time around Christmas and decorating the house with the children and I also love to sing the traditional Christmas songs, mostly the German ones because I do know them best from my own childhood but there are some nice ones in English and Spanish too.

I like the candles, the lights when it gets dark so early and the scents, the mulled wine (Glühwein), the biscuits and even the yummy English Christmas pies, not to forget the goose with kale or red cabbage and potato dumplings on Christmas day.

As far as “White Christmas” goes, it is true that climate change made it even less likely in zones like Germany or England but in reality, it was always hardly real but mostly a myth, inspired by the harsher climate of New England and then brought to the world through the wonders of advertising. In XIX century Christmas cards and literature from these areas, you can find no reference to it.

Climate statistics prove, that e.g. in Eastern parts of Germany, where winters were pretty harsh, there was snow covering only on one in five years on Christmas Eve. In the south of England, even less.

We all tend to remember the few times we actually experienced it as if it had been almost ever like this but the memory is a treacherous thing, numbers don’t lie.

Windows, Mac and Linux users so badly effected and nothing appears to work from our leading antivirus products on any platform

Looks like you or the injection may be our only hope

But that just gave an error !

Peace and good will to all,
may all your wishes come to pass
In this difficult time let’s hope we can celebrate 2021 together

How is this gonna work without a PID?

666 is probably the PID of what everyone tries to get rid of.

It’s the new strain that is locking down the UK…

I like that you can make comments but I can not.

Gee, I thought this thread was going to be about Christmas.

A Merry Christmas (or Seasons Greeting) to All.
Wishing you a safe & healthy New Year!

What a fruitful discussion. I hope we are done with this kindergarden talk, by making every kid here understand that a coin has 2 sides. Some of you hate Trump, the others hate Biden.

We understand now. Now stop being annoying. And I mean everyone, no matter which side they are on.

It’s Christmas time and we should try to make the best of it. I don’t give a damn if it’s American, Cambodian or Chinese.

Can we please respect each other, even if we all disagree? Thank you.

One more political bullshit word in a comment and I will just shut down that comment without notice. Can’t stand this continuous senseless bashing of your respective opposite side…

Dear @Akito In what should be a festive holiday time I am going to be as nice and faith-country neutral as I can. There are probably many specific web or dreadful social media platforms with even funnier and angry threads – I do not use them at all.
So in the same spirit could you ask Abhishek to apologise or make an edit for accidentally insulting all his European readers?
Wouldn’t it be nice if like FOSS we could have FOSN - Free Open Source News…?
So could we say Seasons Greatings to Julian locked away for giving us just that?

No, because you are doing exactly the thing you criticism. If I understand correctly, you think that Europeans are assumed to follow Christmas culture, even though it’s actually an American culture and has nothing to do with European culture. However, this is very wrong. First of all, I am European and where my family comes from Christmas is a thing with a Christmas tree and all the Christmas stuff decades before Europeans even knew how to spell “American”. That said, if you go thousands of years back in history, you will see that many now “Christian” traditions are actually originating from heretic traditions, mainly in Nordic cultures.

So Christmas is actually very European, no matter how you look at it.

P.S.: We never had a thing called “xmas” as did the Americans. Here, it always was Christmas and it is our tradition. So allow me to provoke even more and request an apology from you for your insults towards Europeans.

Be Agreeable, Even When You Disagree

You may wish to respond to something by disagreeing with it. That’s fine. But remember to criticize ideas, not people. Please avoid:

Instead, provide reasoned counter-arguments that improve the conversation.

I followed these guidelines, and defended a multi-pronged verbal attack on my country,
by requesting a bit of reverence towards the USA…for past performance
and I got censored for it.

It was not a knee jerk reaction.
It directly related to the content
it was not an Ad hominem attack
( Ad hominem (Latin for ‘to the person’), short for argumentum ad hominem, is a term
that refers to several types of arguments, most of which are fallacious.Typically this term
refers to a rhetorical strategy where the speaker attacks the character, motive, or some
other attribute of the person making an argument rather than attacking the substance of
the argument itself.)
And I avoided name calling.
If following the guidelines, but irritating a moderator, by doing so is the way this forum is run, then

I no longer wish to be associated with this kind of small mindedness.

by requesting a bit of reverence towards the USA…for past performance
and I got censored for it.

Now I want all the babies to stop the crying and appreciate the holidays.

P.S.: I don’t agree with the quoted guidelines either, but they are the default ones for the forum software, I suppose.

No, because you are doing exactly the thing you criticism

- for heaven’s sake!
kindest regards from

Happy Hols to ALL everywhere

ps nice try to divert attention away from Abhi

On topic…
You may need to review the meaning of censored.
I’ve included three for your perusal

suppressed, altered, or deleted as objectionable : subjected to censorship… See the full definition

or perhaps The Free Dictionary:

Definition, Synonyms, Translations of censored by The Free Dictionary


3. One that condemns or censures.

or how about Dictionary.com :

Making defamatory remarks, is illegal, and should be pointed out
A comment like " I don’t think the president is doing a good job" is opinion, and legal.
But to say “The President is dimwitted” Well, that’s Libel.

So I disagree.
Still.

Hey Dude - @Flyboy Charles please don’t leave - can’t say how much I love your posts - I’m a huge fan. I am also a huge fan of those comedy shows you have over there. Do you get Spitting Image over there too - not as good as it used to be but Hey…
Just in case you had missed out on the patriot games check out helicopter attack on Wikileaks - your top guy also loves Wikileaks.
Season’s Greetings to you and yours

This Xmas thread … Humbug! (not the candy … lol)

All I wanted was to wish Christmas to community members who celebrate it. I didn’t know that it will go in such a strange direction.

For this reason, I am closing this thread. I do not want members fighting each other.

Merry Christmas if you celebrate it. Enjoy your day if you do not.