Compare products with your own values! 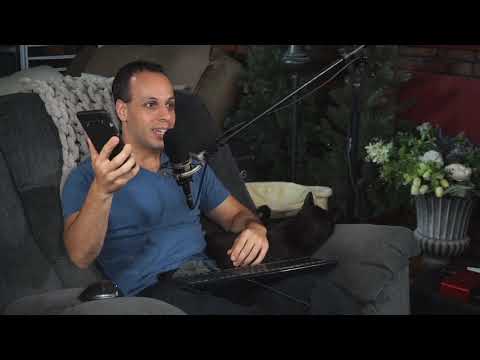 The main topic of the video above is how sellers and manufacturers of, for example, smartphones demand more and more money for less and less features, over time. Perhaps you get more processing power and more RAM, but you lose features like a microSD slot or even a headphone jack, while these features were pretty much absolutely mandatory and expected a couple of years ago.

Though, if you look at this topic rather philosophically and more theoretically, then there is one thing that Louis is doing absolutely correctly in such a scenario:
He compares the features of the smartphones what his personal wishes are, instead of comparing them to the features of other smartphones.

Sounds obvious at first, but it’s not.

I’m pretty sure, you experienced something like me, too:
You are complaining about some new electronic device having some crappy property and then someone responds with something like “well, other [insert device type] don’t have this features, either”.
I always get very annoyed by such expressions from others, because it does not make sense and it displays perfectly how the one expressing this thought is trapped inside the capitalistic circulus vitiosus of thinking. You already started buying too much into what companies preach to you, as time passes by.

To make clear, what annoys me about it, I will use an extreme example:
Imagine, ten years in the future, you will pay $3000 for a smartphone and it will have half as many features useful features phones have today, you don’t even get a charger in the box, when you buy it and, to make this example even better, every newly ordered smartphone gets a fresh toilet brownie from a CEO of the manufacturing company on its display.
Sure, sounds crazy, but if you point that out, as a time traveller into the future, to all the other people that have not time travelled, probably most people will tell you “oh, that’s normal, every smartphone gets delivered to you with smelling shit on its display”.
So, is it normal, just because everyone got used to this?
Is it normal, because all the other manufacturers in the same time period do that?
Is it normal, because people do not complain enough about it and, worse, keep buying that literal shit?
No, it’s not!

This is why you always need to compare products to YOUR PERSONAL VALUES.
Do not compare prices and/or features with other products.
Just look at the product, and logically ask yourself: “what is this thing worth, to me personally?”.
What is a phone jack worth to you personally?
What is a hardware keyboard on a phone worth to you?
How much would YOU pay for the device you are looking at?
Do not ask the Apple Fanboi, if he would pay thousands of dollars for a PC that might as well just cost 1/3 of the price, if the Apple brand were missing.

This is also, why some people are “surprised”, when I tell them, that I would maybe pay $10 for something they literally paid thousands of bucks for… They always think, I am stupid, unknowledgable, or perhaps am just joking.
No, I’m not joking. I’m just looking at my personal values and what I personally expect from a device and deduct a price from that, which sounds reasonable, to me.

Therefore, I recommend to you:
Compare with absolute values, not with relative ones, when looking at electronic products.

Of course, this does not mean, that you should never ever relate to relative comparisons, I mainly trying to explain, that way too many people way too often and way too much look at relative values, and not at absolute values, at all.
Start maximising the comparison with your personal absolute values and minimise the comparison with relative values, that barely mean anything, especially in a market, where some companies rip off millions of customers and people keep buying that crap, because they don’t turn on their brain, when they need it the most.