However there is another thing to consider, if you pay the electricity.
Having a modern powerful rig, it will draw more power from the mains under a higher load than just idling.

Energy consumption is indeed an important aspect to consider. Most of the tasks traditionally performed by computers can now be done with your mobile.

Others still require their use. However, in times when single board computers with the right peripherals can run a full-fledged desktop operating system, it might be worth to compare distributions for their suitability for such devices.

All major distributions nowadays in theory support the ARM architecture, it might be useful to check how well they are really suited for the task.

For the curious. Here’s a video about power consumption of different devices by Chris, the charming English gentleman: 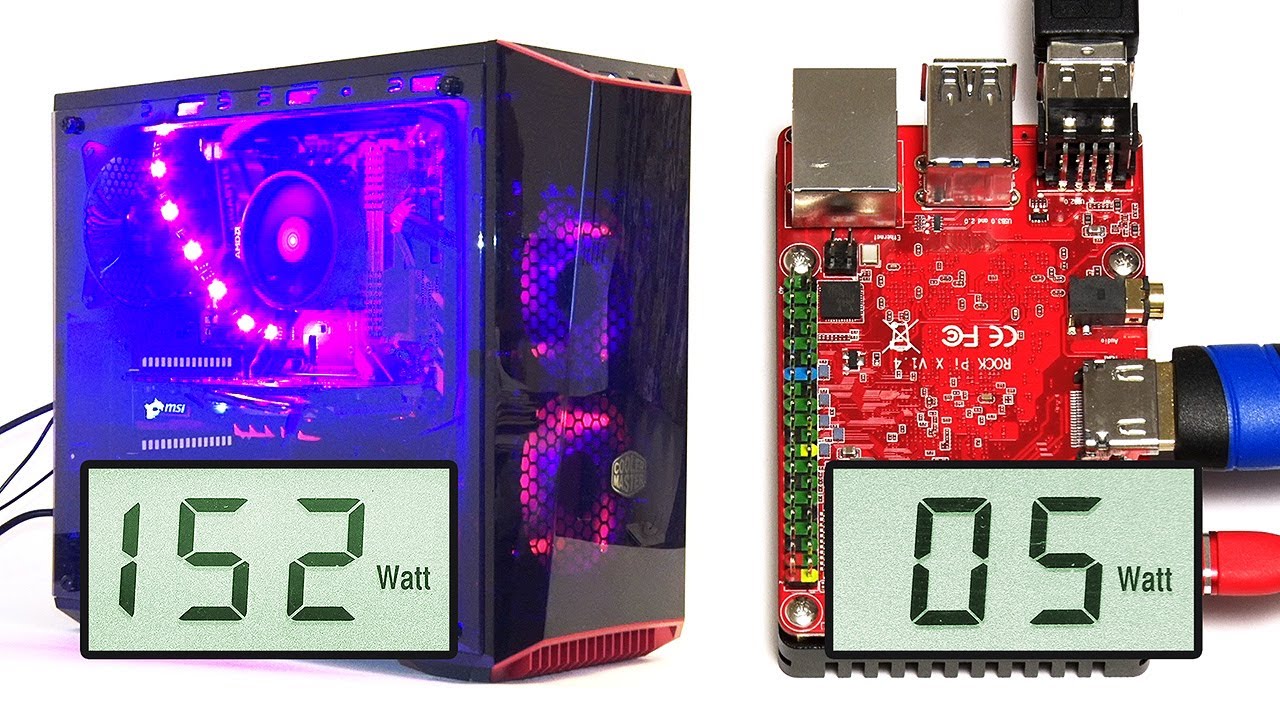 Very organized and informative, presented with elegance. No boldface or ad hominem remarks.

“boldface and nonsense and go the way of all bullies and losers–go play with yourself.”

it is not adding anything to the discussion

I saw an alarming statistic the other day - as of 2021, bitcoin mining and/or cryptocurrency, is using the same amount of power as the WHOLE country of Argentina…

I have my electric sockets sorted to run only computers at a safe wattage. When we got some trunking done three years ago, with ten double sockets they are wired up just like you would find in a trailer park or as we Brits call it Caravan park. The lighting here is also going through a separate box, with power surge protection.

We were told to only plug our computers, or computer related gear in. Do not plug in Hoovers or anything that exceeds the limit. My Ryzen builds are only 65Watt and always on when I’m home and not working. Our electric bill is less too. With all the gadgets that require charging I have a 70Watt USB charging dock which charges in no time, both my phones and Electronic Puffers fit nicely onto the stand, though using different wall sockets for them, as this desk I’m at ain’t big enough.

Once the world gets back to some form of normal (Whatever Normal Is?), going to get my bedroom finished for all my computers, guitars, sound booth, recording equipment, to use. I have not slept in a proper bed since last summer of 2020, sleep in a recliner chair with a sheet and blanket. Already have the desks setup two L shaped desks joined together. Just gotta get the soundproofing finished and the electrics installed with trunking and run wired internet from lounge to my switcher in my room through the loft, saves on relying on wireless.

Then a cage to hold all my guitars in. Just bought a Gretsch Streamliner full size as big as Chet Atkins was, six foot three something like that and as he had his guitars custom built by Gretsch the full sized body stayed in. I have a Bigsby arm too for vibrato effects and it never goes out of tune, though will be putting some new strings on soon, a nice heavy gauge thirteens as I like to feel pain whilst playing. I then had to pay out for a Gretsch case to store it in, as normal sized cases will not fit such a big cuddly guitar. Sorry for going off topic, but I’d like to add that all my computers will be running Linux and nothing else, by the time I get my room done with new electrics, sound proofing we’ll all have time machines.

A power consumption story: for many years I ran BOINC to allow my computer to do astronomy number crunching when it was idle.

Eventually I got a UPS device that had an LCD screen that could, among other info, tell you the wattage being consumed. At idle the computer drew 75 W. When BOINC kicked in and started running its calculations the consumption jumped to 245 W.

What I am charged for electricity varies with the time of day. My best estimate was that running those calculations was costing me about $1 per day in electricity. $365 per year for many years. It adds up. I decided that I’d donated enough to the astronomers and removed BOINC from the machine.