CUPS not working after Mint 20 Upgrade

I have tested the Linux Mint upgrade program supplied by Abishek in Virtualbox. I installed Mint 19.3 in a 4 thread, 4GB space running on an AMD Ryzen 7 - 2700x (4Ghz/thread) with video managed by a Radeon RX 560, 4GB.

I used the exact procedure supplied and found the following:

As I wrote earlier, SAMBA and CUPS operation out of the box are rock-bottom minimum for me to accept a distro, no matter whose. The error I get when attempting to connect a printer is shown below. 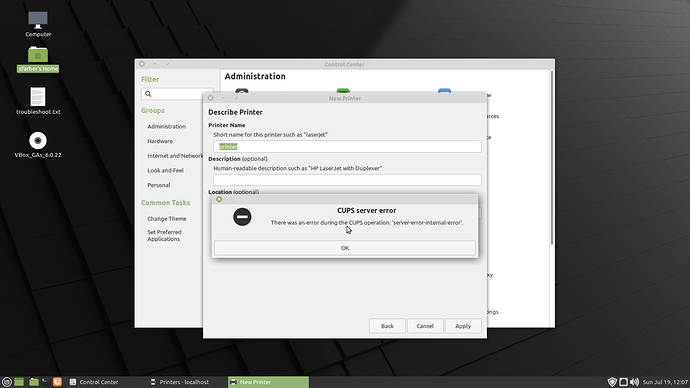 I assume that this issue has leaked through from Ubuntu 20.04, but it needs fixed. I’ve done my due dilligence on this and hope that Mint can be persuaded to finish theirs.