Deepin Linux. Is it a safe distro?

I was about to download Deepin Linux but when I noted that it is a Chinese distro, I had second thoughts. Is the distro absolutely safe, virus free and reliable? I would appreciate hearing from users of this distro.

This is a three year old video, but it still rings true today. 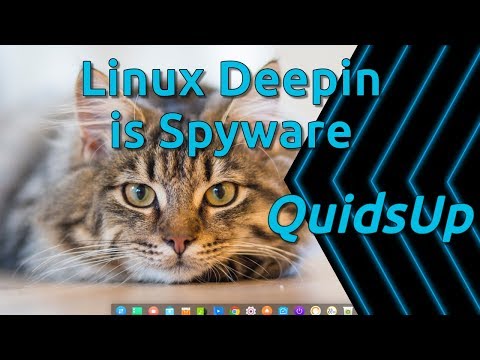 There is also this one as well. 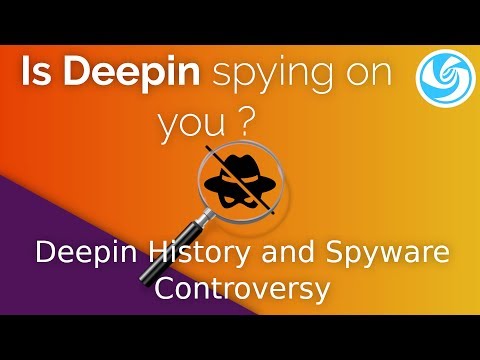 the Ubuntu version you do not need to worry about spyware

I’d tend more to say, that there’s less chance of Chinese spyware by running the deepin desktop on Ubuntu

Its easy enough to install and enable a different desktop alongside Ubuntu’s default of Gnome 3.x…
You should be able to pick and choose which desktop to run from the login screen…

My cyncism aside, I run Ubuntu LTS mostly everywhere…

There is a seemingly never-ending discussion about such distributions. Whether it’s Deepin (China) or Kodachi (Oh, man!), people talk about this all the time. Seemingly half the people are on the one side, who still consider it safe because Linux and other incredibly ingenious reasons, while the other half considers it unsafe for other reasons.

From my perspective, this should have an entirely different view put on, which also accounts for some FOSS software, in general, especially ones that are security related.

So, how do you know Ubuntu is safe?

See, even with the most famous Linux distribution you can never be safe, that it’s actually safe. Especially since Linux code is pretty huge (underexaggerating here), even the most proficient developers and security experts might miss stuff.

Now, what about lesser known projects?

What about lesser known Linux distributions.

Literally the only reason people check these distributions out, is because they see Linux and think everything is fine. When in fact, I could put malicious code into Linux code, upload it to Github as an “open source project” for everyone to see, but if nobody actually checks it out, then it’s just as unsafe as the Nigerian prince asking you for measly 500 bucks so you can receive your million bucks, easily and quickly.

So, my point is not, that everything is safe or per se unsafe or whatever. I’m saying that, theoretically, some other distribution might just as be safe as this Deepin and Kodachi stuff. On the other hand, maybe this Kodachi stuff is even safer than much more popular distributions. I do not know that. Do you know?

You have to trust. It’s your choice who to trust and how much. Sometimes, you got to take a leap of faith, either way.

Take responsibility for your decisions and combine that with making very reasonable and thought out decisions.

In short: do the things you would not regret after the fact, even if they turn out to be not the best decisions.

I personally always try to make decisions that I wouldn’t regret, either way, no matter how they turn out. I really try to make reasonable positions, which use all the knowledge I have at my hands.

For example, I needed a new smartphone a while back and I just couldn’t fathom to give away more than 300 bucks for a device I rarely ever need and I do not like to use anyway, because I prefer to do everything on my PC, where it’s a hundred bajillion times more comfortable to do anything.

I had bought myself a Xiaomi branded phone. I unlocked the bootloader through the official way, enabled all the “evil” stuff, like the possibility to root and flash a custom ROM onto that phone.
(I had to wait like 2 weeks for them to unlock the phone, because of some policy, that actually fits the topic pretty well, because it seemed like they wanted to make it harder for consumers to unlock the phone, but if you actually read into the issue and understood the reasons behind doing that, then you could follow the reasons and could call bullshit on the previous assumption of them trying to make it harder on purpose.)
So, after two weeks of not using my brand new phone for anything, I finally was able to flash a custom ROM onto it (again, I had to trust the community the ROM creator isn’t actually bullshitting me) and I rooted the phone in the same process, too.

Now, I am using a Xiaomi phone, that I never ever used with the official ROM. I only ever used it with a custom ROM and root enabled, with AFWall installed and other features that I find a little intrusive, cut out.

This phone setup is my decision and I stand behind it. I think it is fairly reasonable for a normal, not government agent level security, life.
Even if it turns out that Xiaomi hat still some hardware trick hidden in that, I wouldn’t have regretted my choice. I couldn’t foresee that and I took the leap of faith.

Do what you think is safe and decide consciously and reasonably.

Deepin might just be as (un)safe as my Xiaomi phone. But that’s how life goes and most of the time, you will never know.