I just found out I have a firewall in Linux Mint. I have never turned it on. Does that mean this PC has been vulnerable to attack all this time? Is there someway to know if this PC has already been hacked?

Does that mean this PC has been vulnerable to attack all this time?

Why would you assume that, because your Firewall is turned off?

It would help if you could explain why you suspect that something would be wrong with your computer.

Hi there.
I think, @Jimany is just concerned, because of the fact, that he didn’t know that a firewall even existed in (GNU/Linux)Mint.

I would assume (as @Akito stated as well), that there is no great danger in this situation.
If you feel “saver” with the firewall turned on, you can do that.
But unless you have any evidence (strange behaviour, massive hdd or network traffic, etc.) for being corrupted, I would say you can sleep without fear…

That being sayd, I won’t start a controversy about “personal” firewalls that run on the system, they are expected to secure…

Frankly, my point was that people hear “Firewall” and they are like 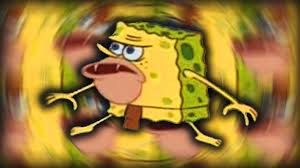 instead of questioning why they react like that… The truth is, that there is a myth going on, that “Firewalls” are there to protect your PC “from ghosts and evil hackers!!!”
Ignoring the fact that your router already has a Firewall and you don’t need to activate one on your home computer… And even if you had no Firewall, this does not auto-hack you or anything. You are still pretty safe and you are definitely safe enough as a generic home user, as actual hackers wouldn’t waste their time on some random dude on the internet, instead of attacking a corporation worth billions of $$$.
The only thing that comes to my mind, why Firewalls could have a positive effect even for home use is when there are bots that try to auto-hack you. But even then you would need to expose a running service, etc. If you don’t do anything special on your computer, there is little room for someone doing anything to it.
(All this is speaking pragmatically – there is theoretically always a chance someone could just plant a Trojan into your CPU just like that… But the probability of that actually happening is pretty much 0, because, as I said, you’re not worth a billion $… [or are you?

] and even if someone really hates you and would be able to plant a Trojan into your CPU, I guarantee you that they won’t be stopped because of an unconfigured Firewall you just happen to run on your computer. Such expert could hack you, even if you would live in a bomb shelter.)

Nothing to add here to @Akito 's comment.
I found a really good article at ubuntuusers.de (german) that explains this in a more detailed way.

One priciple for Ubuntu e.g. is “No open ports to the outside”. So a standard install should not have any open ports towards the internet.

To turn on your firewall in Terminal: sudo ufw enable
To controle it: sudo ufw status verbose

Just turning on the Firewall without proper configuration can be more negative than positive, because you could e.g. lock yourself out from SSHing into your PC or other things. It only makes sense to turn on the firewall manually, if you know what you need it for.

I’ve turned on the Xubuntub firewall for years and never experienced any negative experience.
To turn it on is a advice of the Dutch Linux community.
I use it for that I don’t manually have to lock all the doors when I went away for a couple of hours or minutes. I may hope and suppose that you lock your doors when you leave your home.

Well, if I would just turn on the firewall on one of my Raspberry Pis, I would need to get the SD card and manually overwrite some settings, which would be an absolute chore to do, because I wouldn’t be able to SSH into it. Ironically, if you turned on your