Am I the only one who had not heard of the command neofetch?
Man, is it cool!
I would appreciate some tips on ways to use it beyond just the plain command. 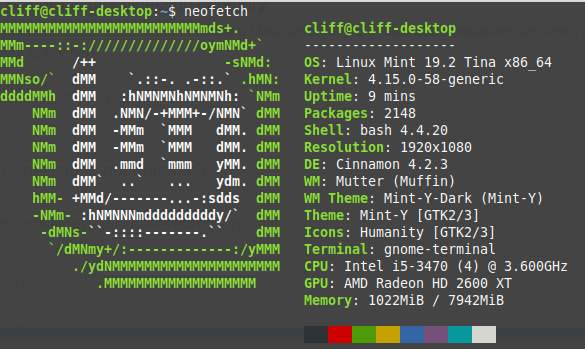 For Neofetch I found (source: https://www.linux-redaktion.com/blog/systeminformationen-huebsch-aufbereitet/):
man neofetch shows an overview, neofetch --help lists available parameters.
Maybe it would be easyer to edit the config file under ~/.config/neofetch/config.conf.
Here are some nice examples to tweak with.

I hadn’t until you posted it Cliff - thanks Wondering how they display Linux logo in terminal? Stop wondering. With these tools, you can display logo of your Linux distribution in ASCII art in the Linux terminal.

It’s been around for quite some time, as has screenfetch. They are pretty cool commands, indeed.

Quick and easy way to show folks your system specs, distro, DE and themes all in one screen.

Anyone ever tried to run it on WSL on Windows?

The ugliness is overpowering