Does Linux software run on Macbuntu?

I have Macbuntu installed on a Core 2 Duo pc

Just wanted to ask , does all Linux software run on Macbuntu?

Probably… as I understand it “Macbuntu” is just some eye candy ontop of a Ubuntu base? Right? 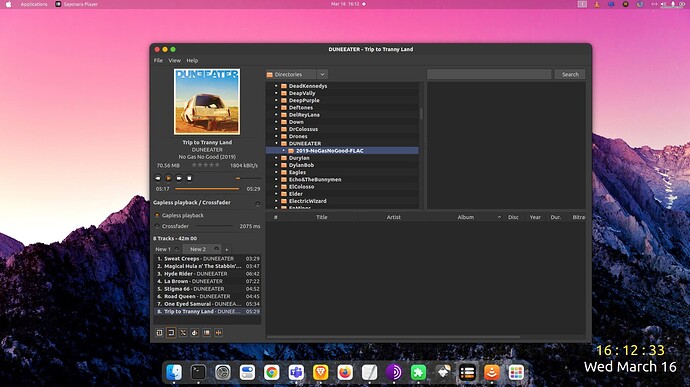 Why you would pick a distro based on this criteria (that it looks like a Mac) is beyond me - but - assume your system is a 64 bit AMD or Intel computer - and probably pulls software and updates from Ubuntu’s repositories - the short answer : YES

Probably… as I understand it “Macbuntu” is just some eye candy ontop of a Ubuntu base?

I assume, this is meant: Macbuntu BIGSur 2021 download | SourceForge.net

Hmm about that…
I just installed a Linux Mint on an old man’s (about 72) notebook.
He had Win10 that just decided not to work anymore.
So I suggested GNU/Linux.
But the poor fella had massive problems adapting to the somewhat new environment.
So I camouflaged it with a Win10 theme pack (Desktop, Icons, Sounds). Just for the sake of the user.
I know that’s no excuse, but one understands it better…

Lol, I guess your right about Mac look if doesn’t run mac software

What version of Linux would be better and more up to date than Macbuntu?

What version of Linux would be better and more up to date than Macbuntu?

MacBuntu is according to the Sourceforge page:

This indicates, that there will be bugfixes and maintenance until 2023.
And then, I guess, you will be able to normally upgrade your Ubuntu to the next LTS version.
There is no need to switch to another distro in my opinion.