One of my clients asked if I had read the Forbes story about Microsoft charging after 2020 for updates. I said no. Found the article and sure enough, “Microsoft has always described Windows 10 ‘as a service’ and leaks have already revealed new monthly charges are coming. … In a new blog post entitled ‘Helping customers shift to a modern desktop’, Microsoft has announced that it will indeed start charging Windows 7 customers a monthly fee from Jan 14, 2020, if they want to keep their computers safe.” (safe = updates). “Furthermore, Microsoft says it will increase the cost of this (fee) every year.” Now, this only applies to W7 Pro in Volume Licensing. Maybe some small businesses. All home users will be left out and will have to move to W10.

There are things I like about Windows but MS has needed to do something different for a long time. Breaking from their past like Apple did isnt something they have wanted to do. Charging a home user a monthly fee after already purchasing the computer… hmm charging ANY user a monthly fee… this already has some people jumpy. This article came out Sept 8 and Im surprised at how many are already sending me emails asking about this.

I was a long time user of the software The Brain but dumped it this past year when they said they would only support Windows going forward. Thats fine. Their choice. Some of my clients used that software and they dropped it too but for other reasons other than lack of Linux support. But now we are, slowly, starting to see advantages to look at other OS and how they save us money - in all the different ways.

Anyway, I find these little things push more people into considering other options which have a increasing effect upon our community.

You said it @wadesmart! I just read about this in the news about Windows 7 in particular, earlier this day. Tux would be so happy! 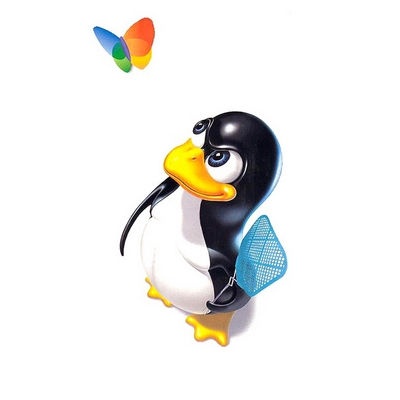 We had the same expectations when Windows XP support ended. It didn’t make a revolutionary migration to Linux. Though it did force many Windows XP users towards Linux.

I think the desktop Linux community should galvanize an effort on promoting Linux as an alternative to Windows 7 and start working for a smooth transition from Windows to Linux.

they were going into monthly fees from there on out.

current situation. I have a meeting this morning with a oil company that is

I dont know what the topic is, I be willing to bet they are looking at their long

term IT strategy. Esp knowing that their hardware cycle ends in Dec.

But, maybe not and I could be totally wrong.

Even if Linux distros are more and more user friendly… like what happened once upon a time to make Firefox big (vs IE), it’ll probably have to be built from the ground up (by geeky helpers).

Forced obsolescence at its finest.

As long as I can remember there has been unsubstantiated rumours about various OSes charging for things and as far as I am aware very few have come true for the desktop user, I don’t know how much this is true in business. Windows has never been owned by the consumer only leased by them, their terms and conditions make this very clear, well as clear as mud until you spend time reading them. This gives Microsoft the right to do what they want at any time, including stopping the person from using their copy of Windows. Windows 10 is just another example of this and people fall for it being free when it is not even if you buy a pre-installed copy that price is included with the laptop etc. I do know of one company that has stopped using Microsoft Office and now uses Libre Office, because of Microsoft pricing.

I really hope that we can all do our bit to say to people there is an alternative and life beyond MS and Apple. I really hope that the growth will continue and can stop the reputation of being for “geeks” as people realise how great it is. I think we all have a role in this by spreading the word through personal interaction and using the various social media that is available to us to do so and I also hope that the various distros become more pro-active in their promotion.

Well, people are paying attention now because three articles have really upped the number of inquiries about alternatives.

My meeting this week with this oil company went well. They are fairly small at 500ish computers but they are serious about the move.

What if Microsoft were to install an “update” on Windows 7 (à la initial push Win 10 did on Win 7 users) that could maybe even stifle your OS unless you paid up?

Yes , when Windoze XP was no longer updated as from mid April 2014 ,many people dumped their Desktop PC and even Laptop.
Result : I now happily run Lubuntu 18.04 LTS on 2 Pentium 4 CPU desktop PCs and a similar laptop …all still fine for daily use including LibreOffice version 5 …and when the hardware holds on ,this until April 2023 .
By then 32 bit machines will highly likely no longer be relevant .

Microsoft getting into the ransomware business … well there’s a thought!

Microsoft has always been in the ransomware business. Apple is no better either! Now watch out they will try to take over Linux. To survive they will need to do so, so Linux users beware and be vigilant.

If they ever roll this out it’ll likely be a quick cash grab, stopping when people …stop paying.
As I think their policy long term is to drop OS’s altogether except their linux server os LoL hence cosying up to the Linux Foundation and instead provide an application only cloud based ‘software as a service’ model which you pay ehm, … a monthly fee.

Moving to Linux is no brainer! People are just scared to take the plunge. My wife has been using it for many years now as well and she’s not tech savvy. You don’t have to be tech savvy to use Linux. Why pay for Windoze when you can get Linux for free. More stable and more fun!

The main point that they’re even offering the paid updates is so that business that rely on their software running on windows seven can still use it. These update are not meant for the average consumer. For those who do not rely on windows seven for their software to work, this is effectively just ending support. Microsoft just doesn’t want to continue supporting ten year old OSes, and they’re pushing that with a paywall. I’m not a Microsoft shill, just felt that there was a bit of a misrepresentation.

That highly depends on the workflow. If ones workflow need softwares that work on Windows only, then he can’t hop off…
If that workflow needs no special software, or there are the necessery alternatives, then the way is wide open, it’s just a matter of decision.

First they came for TV shows, and I did not speak out–

Then they came for mobile games, and I did not speak out–

Then they came for triple A games, and I did not speak out–

Then they came for operating systems, and I did not speak out–

And then they came for me!