Got an (old) new notebook

My venerable ASUS finally went mobo up a few weeks ago. I attempted to put a different ssd in, and booted with a Mint ISO: it would finish the install, but upon rebooting there was only a black screen.
I did not want to spend big fiat on a new one, so I searched eBay. Found a shop selling off older corporate Lenovo Thinkpads that appeared to be in good shape. I picked up a T460 with 8 Gb ram, a 250 Gb hd, with a fresh install of Win 10, for $268 US. I took out the spinner and replaced it with a Samsung 850 ssd of the same size from my “spare parts” department. Installed Linux Mint on it and am liking it! The keyboard on these Lenovos are really good, very easy to type on.

I buy the USB variant of it and use it on my setups… (when I say I “buy” them, I’ve maybe bought half a dozen of them in the past, not because they’re unreliable, but because our F__KING cat [she hates me] jumps up on my desk when I’m not there, and sometimes claws the keyboard and sends it crashing to the floor the little bitch

) I have the USB variant on my desk at work. 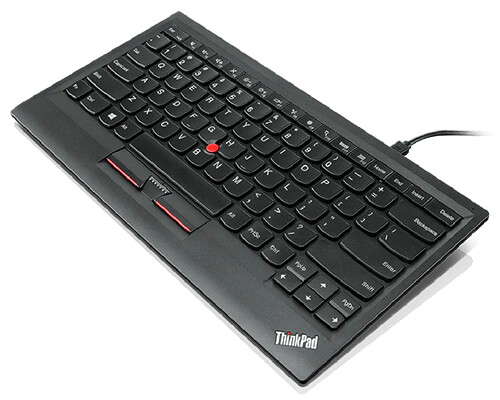 I have the lastest “II” version, with 2.4 Ghz and BlueTooth on my desk at home…

I also love having THREE mouse buttons and a trackpoint…

I also have one of these too, but it’s getting a bit long in the tooth : 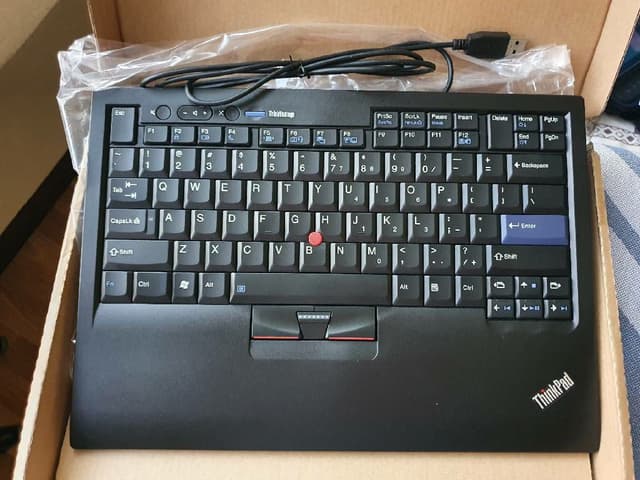 And I use them on Macs too

I paid a tad more than $268 US recently to get a Lenovo E495 with a Ryzen 5 in it via ebay (approx $360 USD, but actually in Australia - shipping’s prohibitive for largish items like this). Lost a couple of eBay bidding wars just before that for E495 with Ryzen 7, so I settled for a Ryzen 5…

In principle, I like them too. The problem I have with the external ones is that they are overpriced. Last time I checked, a generic Bluetooth ThinkPad keyboard (really, nothing special, just a normal generic keyboard of type Thinkpad) cost about 100 bucks.
For this money, I can get a more ergonomic keyboard, or pay even less than that. If I buy, for example, one of the Microsoft ergonomic keyboards, I would only need to pay between 60 to 100 bucks, when this Thinkpad thing costs about 100 bucks and isn’t even ergonomic.

I also like the Thinkpad ball in the middle of it and frequently use it on my Thinkpad laptops. (Usually, people love or hate this thing.)
So, I see the point with using it on a laptop, but what’s the point of me using it on anything that gets an external keyboard plugged in? If I go as far as plugging in an external keyboard, I already have a mouse attached, anyway. So, I see the point in laptops, where you want to save space and setup time, but I don’t want to use a trackboint, when I can just as well use a mouse. I hate laptop pointing devices. They are way too imprecise and prone to being broken or misused. How many trackpads did I already partially break… The actual thing about the Thinkpad trackpoint is that it’s better than the standard type of laptop trackpad. However, it won’t ever replace a mouse in my world. I just rather attach a real one and stop hating every second of using a laptop, because everything is soooo slooooow and impreciseeeeeeeeeeeeeeeeeeeeeeeeee…