Now that Google is going to withhold software updates for Huawei mobile phones does anyone think this could push Huawei to an open source operating system?
I think they would be able to do it they have the money and the people to work on such a big project.

From what I read, they are already working on an OS.

You’re welcome to introduce the reader to your interesting source(s).

I don’t have any sources only a faint hope that there may be an open source phone. I know there’s some attempts being made but they are far from finished

They might use open source software, rebrand it and use it but a company like Huawei will never open its source code.

I fully agree with @abhishek in his suspicions around Huawei. Abhishek-ji, do your suspicions also include Deepin?

I agree with the doubters… just look at some of the SoC (system on a chip) vendors from China (e.g. Allwinner, SunXI) - the GPU’s require closed-source binary blobs to function - Allwinner won’t release source code…

Deepin team responded to the controversy and they removed the tracker.

But there repo servers are still in China and very slow compared to other distributions. AFAIK, they don’t have any mirrors anywhere outside China.

If you remember there was a controversy a few years ago where Android apps from Chinese developers were taking all the possible permissions in phones. This was 'discovered’with Meitu: Turning yourself into a pretty fairy will cost you some personal data.

The app developers revealed that they Chinese law forces them to use all the permissions in their app. Imagine that you downloaded a photo app and it listens to your calls, access your contacts and files and send these data to Chinese gov servers so that they can use this data to train their AI.

This incident alone has forced me to avoid any Chinese app.

I agree with all that, but I like to point out something, that is always overshadowed when talking about China and its measures. The thing is, that many American products have the same or even worse issues, but they are much less talked about. Of course this applies less to people like you and others here, as you are only using Linux. But anyone who reads the article about Meitu or watches the video about Deepin, complains about it and then returns to their Windows 10 Home machine just does not get the point.
I rather want a cheap Chinese tracker in my Deepin Software Center, that I never use anyway, than using an ENTIRE OPERATING SYSTEM, i.e. Windows 10 Home, that basically is spyware on OS-level.

So, to all those more average and non-hardcore Linux users who also use Netflix, Amazon, Micro$oft, Apple$oft, etc.: Chill down, you have much bigger problems with all those other applications than with a single anime makeover app or with an optional Software Center that is only there for a specific distribution.

I have watched both of quidsup’s videos and “Switched to Linux”, and I think @Akito is right on target. The worst thing about the tracking is that it reports to cnzz which apps from the Deepin Appstore are installed on your system. It isn’t exactly benign, but far from being as malicious as the accusations.

Quidsup also has a spyware blocker called NoTrack, for that extra dose of assurance.
https://quidsup.net/notrack/

That’s true but there are some differences between data collection by Chinese and US companies.

The USA government doesn’t mandate its companies to spy on their users and store the data on US government servers. In China, it’s the government forcing companies to track data and then the government uses this data for its own evil purposes (you may have heard of their AI tracking the citizens and the social point system).

While US companies are often held responsible and fined by various other countries, the same is not true for Chinese companies. They (backed by their government) don’t give a damn about laws and ethics or anything of that sort.

There is no accountability for the Chinese companies. This is why I would prefer US companies over Chinese ones because at least there are privacy groups keeping an eye on them. While in China, the eyes belong to the all-seeing Chinese government.

“you have much bigger problems with all those other applications than with a single anime makeover app or with an optional Software Center that is only there for a specific distribution.”

It’s not a single anime makeover app. All apps developed by Chinese developers are forced by their government to gather user data. Cheap smartphones like Xiaomi etc track almost all activities and all aspects of their users. They are filled with adware and you will never know how your data is being used by the Chinese authorities. And don’ underestimate them. They have captured the smartphone market worldwide.

Deepin has developed an ecosystem and you may not use it but the regular Deepin user will use its software center like other Deepin apps. Linux is known for its openness and transparency but unfortunately, Deepin (tried to) take advantage of it.

Google Microsoft etc collect data as a means of selling you stuff and this data is available for governmental use. The Chinese government would find it very difficult to monetize the data they harvested and the browsing habits of a lot of westerners would probably puzzle them.

It appears that the rumours of a proprietary OS are coming true. 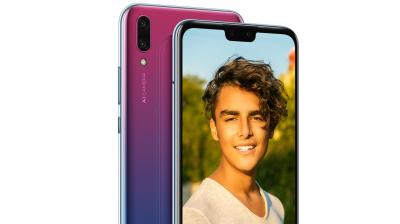 Recent reports have suggested that Huawei may be preparing its own OS; now we know its name.

Given there is a “trade war” between the USA and China at the moment we should not be surprised at thing. Although one person’s open source definition is not necessarily another’s. As for any fears about data collection, let’s not kid ourselves we are tracked from the moment we are born even our death is collated some where. While the western so called democracies might protest about data collection by China and alike, at least China is openly censoring and not covertly doing so.

Frickin scary, we do not need more corporates trying to control our lives

this is perhaps a bit off-subject, but as the discussion has quieted a bit i thought i would add a couple of facts about huawei that i didn’t know until i read a blog post last night about (among other things) their contribution to the linux foundation. the post claims that huawei was (apparently still is according to this page) a platinum sponsor of the foundation that also added 1.5% of the code (1275 changes) to the linux kernel (4.8-4.13) as reported in the 2017 linux kernel report.

While US companies are often held responsible and fined by various other countries, the same is not true for Chinese companies. They (backed by their government) don’t give a damn about laws and ethics or anything of that sort.

There is no accountability for the Chinese companies. This is why I would prefer US companies over Chinese ones because at least there are privacy groups keeping an eye on them. While in China, the eyes belong to the all-seeing Chinese government.

Hey @abhishek I know a lot of people follow the Chump’s it’s ALL China’s Fault Mantra - could I be so bold as to provide a SHORT list of just some NSA-S35 GCHQ well known methods that some joke are accountable? Hey India does same also!
Seven years back Facebook, Google, Microsoft, Yahoo, PalTalk, AOL, Skype, YouTube, DropBox and Apple give the NSA direct access to its users’ information. Special Source Operations codenamed S35 is a division in the American National Security Agency (NSA) which is responsible for all programs aimed at collecting data from both inside the US and abroad, and also through corporate partnerships costing the taxpayers of 9(21)-Eyes – you and me – millions of dollars! Its existence was revealed through documents provided by Edward Snowden to media outlets in 2013 and, according to him, it is the “crown jewel” of the NSA. It might horrify you to know that smartphones double as tracking devices even when the GPS is turned off – techrepublic
Check out this; their mandated toolbox:- Use Tor to peek!
Xkeyscore, PRISM, ECHELON, Carnivore, Coronavirus apps, Verus, Dishfire, Stone Ghost, Tempora, Frenchelon, Fairview, MYSTIC, DCSN, Boundless Informant, Bullrun, Pinwale, Stingray, SORM, RAMPART-A, DANCINGOASIS, SPINNERET, MOONLIGHTPATH, INCENSER, AZUREPHOENIX etc etc ……

Opinion | How to Track President Trump

Smartphones leave a trail that anyone — and any foreign government — could follow.

What we learned from the spy in your pocket.

Your post is exactly what I meant. See, at least what the US companies do behind the curtain is (to an extent) monitored by the privacy groups and activists.

The same is not true for the companies based in China. Everything is secretly hidden and no information comes out of there. Companies are pressured by the government to adhere their rules or perish.

This is why we should call out on all of them, be it from USA, India or China.

Hey @abhishek that’s so cool to be allowed to suggest that all is not well with America and it’s 9-21 poodles where UK is No1 Poodle with GCHQ being a one way extension of NSA.
You may get the odd old age pensioner like me question what is going on in my name (No! I didn’t vote for our Clown

is hunkered down after being given sanctuary in China and those pesky Ruskies.
Hey, just try asking Julian what our FREE press and other state compliant self regulating UK media have said about him and this supposed freedom to call out whatever? They (in UK) are giving saturation coverage to the Chinese activists - their hypocrisy is staggering!

Please take no notice of this old fool but do check it out for yourselves with FOSS Tails+Tor LIVE on USB pen.

Thanks @abhishek for your open invitation which I find most refreshing.