Many newbs scorch the internet and blogs to setup virt-manager ‘properly’. What I mean is that we need to setup extra stuff like running without root privs and networking stuff before we start creating VM’s. This small script sets it up automatically. There’s a 2nd script that helps to setup cassowary stuff (extra) for those migrating from Microshit Windoze and want to run their Windoze apps on Linux with native performance. Please share it so that newbs don’t have to spend 2 weeks learning about dhcp and other bs. Linux migration and setting KVM should be as easy as running one script and this is what it is. Run it and done. 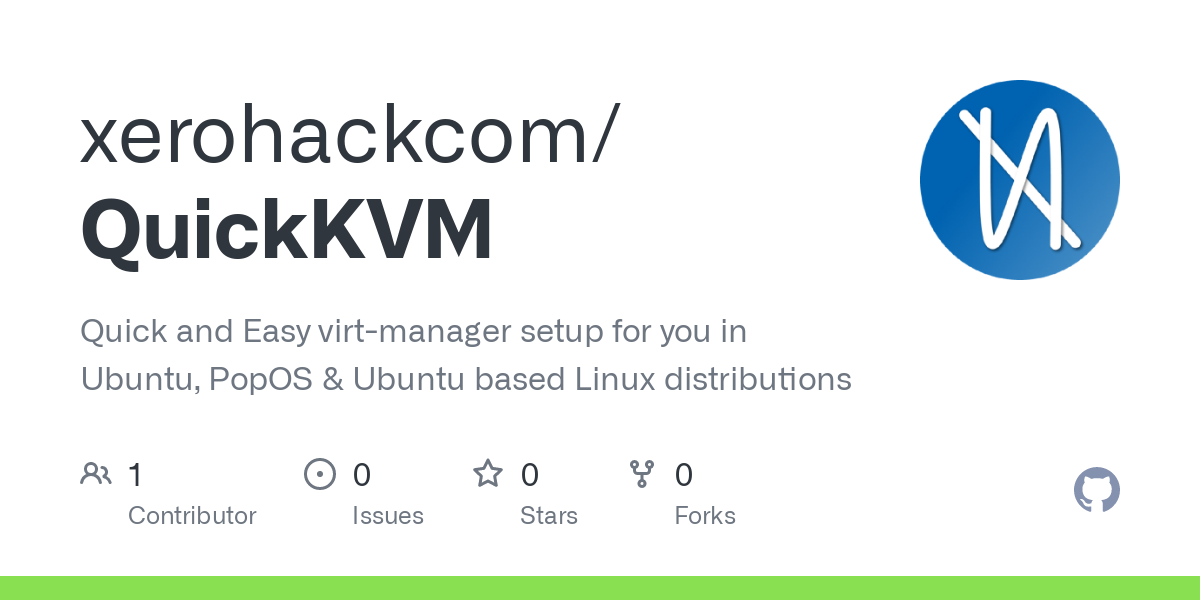 GitHub - xerohackcom/QuickKVM: Quick and Easy virt-manager setup for you in...

Thank you for adding something to free software.
Do you think it would work in Debian?
I might try running your script one line at a time and watch for problems.

Yes it works on Debian (as far as I’ve tested on debian testing). Cassowary docs helped me to solve the damn networking issue and then I decided that new Linux users should not have to pullout their hairs for setting Qemu VM’s.

The 1st main script should work on all distros - ubuntu & debian based.

JUST INCASE you face any issues regarding the 2nd script for cassowary, do read their docs, because I’ve changed the package names. For example ‘freerdp’ package no longer exists in Ubuntu repos, so I replaced it with ‘freerdp2-x11’ which exists and works the same. As far as I’ve tested it on Kali Linux (its debian testing), Ubuntu 21.10 and PopOS 21.10 bare metals.