Is it possible to get daily internet data usage report in Linux?

Is there any application in ubuntu 20.04 to have report of daily internet data usage

if possible then for month also?

OR is there any command to use in terminal?

ISPs have this information, so it MUST be possible.
However I myself never wanted to have this, I just don’t care. So at the moment I don’t have any clue how to do it?
If there would be an absolute must to know it, I would investigate how to do it with sar from sysstat.

sooo kind of u sir

Is there any application in ubuntu 20.04 to have report of daily internet data usage

I was asking myself this very question a long time ago.

As my internet connection is established by means of a 4g-stick (mobile internet) only I have to make sure to stay well within the data limits (or rather data allowance which is given to me).

So I wrote a script which (when executed) provides a pop-up window which looks like this: 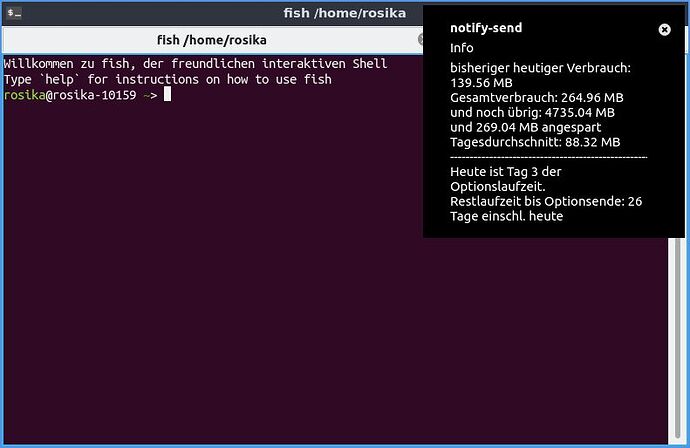 Output is the following:

My code certainly has some shortcomings but works well for my purposes.

I don´t know if that´s in any way something you´re looking for.

… in which case I´d be glad to provide the script. But it would have to be re-written for your personal settings I´m afraid. So a bit of manual work involved here.

Hi Can Someone please help me to retain my Instagram account back?? Any professional service provider here?

Here´s the link to the bash-script I`ve written:

The comments are in German but I annotated some preliminaries at the start of the script in English.

The interface to be monitored has to be adjusted in the script of course.

Surely there´s an easier way of writing a script for the purpose of data usage monitoring.
But for me it works and any mofifications are welcome.

No, I´don´t think there are are privacy issues involved.

The script mainly relies on vnstat and as long as that´s safe to use I don´t think you need to worry.

I´m sure you know this, but just in case:

name the script whatever you like (e.g. data-consumption.sh ) and then make it executable

what the heck was that

this much heavy coding i have to do !!!

for just getting my usage report…lol

i am going to jump out through window after watching this

But for a new noobie like me this was just grossssssss

this much heavy coding i have to do !!!

But - as I´ve already said - you have to provide the correct interface to be monitored. The name of the one you´re using is certainly different from mine (enx001e101f0000).

for just getting my usage report…lol

Well, to be honest, I wanted to have a bit more info than just my daily or monthly data usage.

If you´re interested in just daily/monthly usage report you need to look no further than vnstat (vnStat - a network traffic monitor for Linux and BSD ) itself (from the terminal): 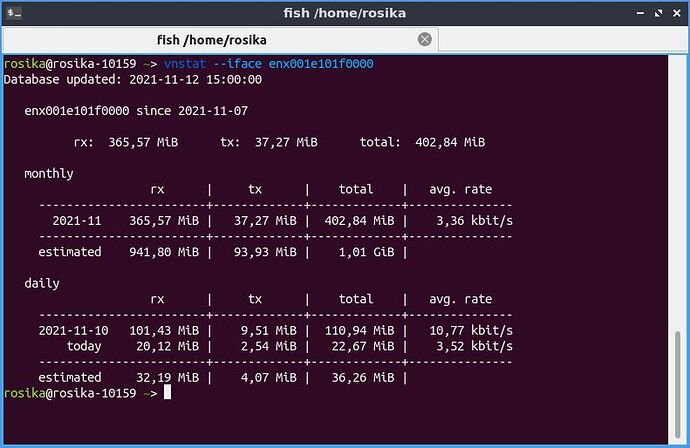 i am going to jump out through window after watching this

Please don´t do that.

Thanks a lot. But I´m sure there would have been an easier way for reaching my goal(s)

some additional info regarding vnstat can be found here:

How to Monitor Monthly Bandwidth Usage in Linux

As a server owner, it’s important to keep track of your network usage over time. Many hosting providers will charge for bandwidth and transmitted data, so you’ll want to keep tabs on your month-to-month usage.

Two example pictures taken from the site mentioned above look like this: 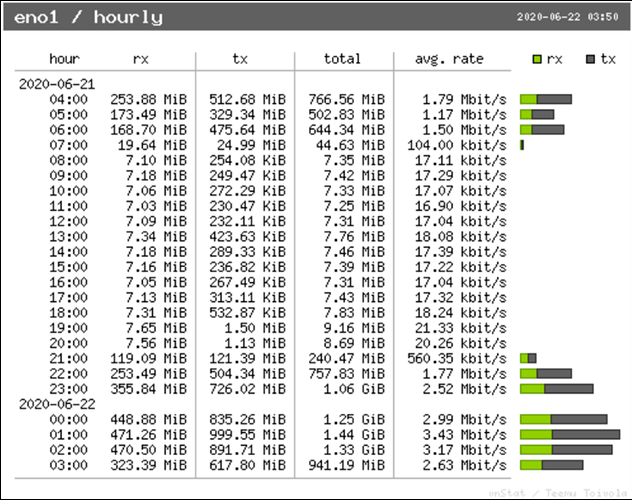 Many greetings from Rosika.