This was happening to me - made attempting to use Gnome Tweak Tool impossible, and far as I’m concerned, using Ubuntu with out Gnome Tweaks is well nigh impossible… it’s a pile of cr@p without it :
https://bugs.launchpad.net/ubuntu/+source/gnome-tweaks/+bug/1850103

Anyway - while the interface in tweaks seems almost impossible to use if you run into this bug, it is possible to : 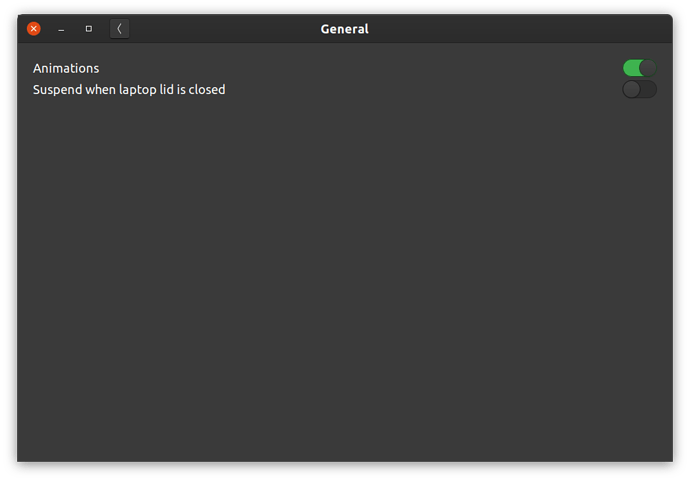 Bear in mind - there’s still yet another bug in Gnome (on Ubuntu 19.10) where if you change your window control widgets (I ALWAYS put mine on the left, like in Unity, or Mac OS - where they ALWAYS should be!) - it might also screw up the actual window for the Gnome Tweak Tool - and Ubuntu won’t let me prt-scrn this bug to show you!

- basically, you end up with no title bar or window control widgets on the Gnome Tweaks… that’s almost irony…

Note: I’ve tried a bunch of other Ubuntu “spins” - and much as I miss Unity - nothing else comes close to “vanilla” Ubuntu out of the box experience… I like XFCE and all, but it just doesn’t cut the mustard… 3rd favourite would be Pantheon from elementary, but it’s too locked down, and always hit issues with fundamental stuff like Bluetooth - and - worst of all? I’ve been following elementary, and flirting with it on and off for 6-7 years (and kicked in some funds to the project), and they’ve NEVER had an upgrade path between releases… I try it out nearly every release in a VM, and usually run into trifling annoyances, but they’re enough to prevent me trying it out in “real life” again