Linus on ZFS (It's Foss) 
(Were did you get the info about open sourcing ZFS in 2013? I’m sure it was already “open” when Sun Microsystems made Solaris “open source” circa 2008/2009, just before Oracle took over - hence why FreeBSD has had it for such a long time, I was working quite closely with Oracle and Sun gear (including Oracle / StorageTek ZFS Filer NAS appliances) and software in 2013, and I don’t remember any announcement about ZFS being opensourced that year).

But will NOT be using on Ubuntu or any other Linux distro… shame… I was tempted to go ZFS on my next “fresh” Linux desktop build (probably ubuntu 20.20).

But good on Linus for sticking it to Oracle and Larry Ellison (can’t stand that bloke - his idea of philanthropy is to chuck millions into cryogenics - so he can be revived post-mortem, plus he owns a WHOLE island, he sounds like a Bond villain! I bet he’s even got an overweight fluffy white cat!)…

and here also - at Phoronix :

Thanks for pointing out the year ZFS was open sourced. I have updated the article now.

Reading the article, I got following impressions:

ZFSonLinux will continue to grow. Continue to use it. You as a single person or company do not need to care about the Licensing issues, as it’s only related to the question if ZFS should be included by default or not. The case now is, that you explicitly have to install it on your own behalf. That is no issue to the user. ZFS on Linux - the official OpenZFS implementation for Linux. - zfsonlinux/zfs

Does this seem to anyone like this project is dying?

That said, I don’t understand how Linus is basing his general distaste for ZFS on “benchmarks”, as he said. It’s not the performance that makes ZFS great, it’s its capabilities. If you have ZFS set up, you are done for pretty much every possible NAS setup. Is there anything ZFS cannot do in terms of providing storage solutions?

e.g. in 2011 I purchased a HP NL40 MicroServer, and installed FreeNAS 9 on there with ZFS raid across 4 drives… and I’m pretty sure FreeNAS had (inherited from FreeBSD) native ZFS a few years before that (my previous FreeNAS installs didn’t have enough grunt to do ZFS so I used UFS).

At certain times, my Lenovo Thinkpad E495 running Ubuntu 20.04 goes into walking dead mode… i.e. seems to be running, but is barely responding…

And I’m seeing things like z_wr_iss and z_wr_int eating up all my CPU… I’d previously resolved this by killing Resilio Sync, as that’s the only thing that would be committing writes, but I’ve done that this arvo and my Stinkpad is still running like a blind, 3 legged pig, stuck in a quagmire of pigshit…

e.g. in ANY browser, there’s a significant delay between “save as” and the nautilus save file dialog popping up… Sometimes as long as 2-3 minutes… Doesn’t sound like much, but that’s WAY TOO LONG! Sometimes my sync software (Resilio Sync) will just stop working, and when I look at a pstree, there’s a whole bunch of what looks like z write, and z read or something … That save delay (in other apps too - like Libre Office) is unacceptable : 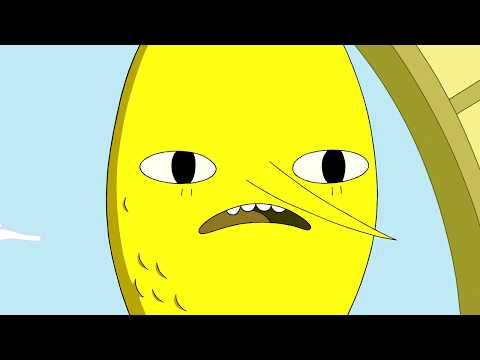 Other weird behaviour? Nautilus won’t let me create shortcuts (bookmarks) to NFS shares, but identical Ubuntu 20.04 sitting next to it (desktop machine ext4 “/”) no RESTRICTIONS on the type of bookmarks I can create in Nautilus…

So - despite other user’s experience (@Akito ) with ZFS on Linux being positive I’m going to format this Stinkpad, and install Ubuntu 20.x on there, on whatever the native Linux encryption is (ext4 on LUKS I think).

e.g. in ANY browser, there’s a significant delay between “save as” and the nautilus save file dialog popping up… Sometimes as long as 2-3 minutes… Doesn’t sound like much, but that’s WAY TOO LONG!

In what universe does that not sound like much?

10 seconds in the 2022’nd year of the Lord would already be a deal breaker and absolutely inacceptable.

Well, I mean, define “positive”. If I would give a single crap about the ZFS shares’ speed, I would probably not use them, anymore. It’s a Raspberry Pi using an old HDD, put in a HDD bay. This is already a very prone to be slow setup. Now add ZFS on top of it.
ZFS is also known to need a lot of RAM and CPU power (mainly RAM, though), to function properly and speedy enough. The huge amount of features that format offers, comes with a cost.

That said, I will re-vamp my HDD Backup situation this year. I plan to remove some ZFS stuff from a couple of HDDs, because I’m still paranoid about the “if you don’t use ECC RAM with ZFS, your data might go corrupt anytime” thing. Additionally, I want to make one Raspberry Pi the fastest I can get for a Raspberry Pi setup and, as hinted above, this won’t be possible with ZFS. I will use an easier to handle format, to increase speed and make the data on it available more quickly, etc. It will still be quite slow, but still quicker than with the whole ZFS stuff on top on it. Probably some simple RAID or whatever, to suck out the last droplets of speed it can offer.
This obviously won’t be the main backup solution, but is there to extend storage on a remote server, so the data can’t always load seemingly forever, because of the whole ZFS bloat on top of it.

As usual:
It’s all a matter of perspective.

I did not need any speed for my ZFS drives, so ZFS was fine in that regard.