Now here is where my special anthro geekiness can shine.
Has anyone else noticed the following?

Are there any others?
Is this coincidence?

Interesting thought, considering the ethnicity of Indo-European of many languages. Although I do not think that the developers of the OSes thought about it and just used the symbols that represented them. Perhaps it does show us that Linux is the universal language that binds us all together, regardless of who/what/how or where we are.

Nice piece of Geekiness, from you teacher, set it as a home work question

I’d see it the other way around: apparently number symbols of these cultures have extremely common shapes. Especially the Debian logo is pretty universal. It was used in an Anime called Naruto extensively and it definitely did not have anything to do with the Thai interpretation of that symbol. This happened partly because this symbol is used in different areas of Japanese culture since a long time. I am pretty sure this applies to other cultures, just as well.
The Mint logo is just some weirdly shaped M which stands for Mint.

That said, it is interesting to see the bias resulting from your life’s experience. You interpret the symbols fitting to what you experienced during a lot of your lifetime. I am strongly sure that someone who studied e. g. Japanese culture cough me cough would tend to interpret such symbols definitely differently, from their own perspective. Same applies to Biologists, Psychologists, etc… Everyone from their own perspective.

There is a very old German saying:
Jedem das seine.

Which basically means:
To everyone their own.

Which I think applies well, in this situation where perspective matters and different human perspectives open a broad spectrum of views on a seemingly pretty one-dimensional topic.

I don’t think @cliffsloane was being biased at all just opening up a discussion that is all. You have opened another. The fact is that we all share a common language root as we all share a common ancestor, these things are fact, so why can there be a subconscious ancestral thing behind it? I am not wise enough to know differently, so I prepared to keep open minded about things and not say things based on another’s life experiences, race or culture.

I want to thank [cliffsloane] for getting me to think about something other than my own problem. I think we all need that sometimes so THANKS.
I am a simple man and like to use the K.I.S.S. method so I looked at these three logos then turned them upside-down and this is what I saw.
Looking at the Mint logo I see an elegant L and M , not to flashy, doesn’t jump out and slap you and doesn’t make you stare for 5 minutes trying to figure out what its trying to say. When I turn it upside-down I see w7. You might guess Linux Mint is my favorite.
The Debian logo is pleasant to look at and makes me smile because when I look at it I think of my children when they were young and were finger painting. I have always been a fan of abstract art. When I turn it upside-down it makes me think my dyslexia has kicked in and I was trying to write the # 6.
When I look at the Mageia logo I think of a steaming hot cup of coffee and when I turn it upside-down I spill my coffee.
I hope my attempt at humor will make you smile. OH, one more thing, I had to look up anthro because I thought it was a Greek word that meant human. After reading about a hundred ways this word is used I’m going to look up geekiness next. Forgive me for being behind the times, I just learned how to text yesterday

Can you display the items you are talking about?

I hope that no one has taken offense at my attempt at humor ,please know that I did not mean to offer offense to any one or any linux os. Just taking a break from being serious. This is the only way I could find to show you the images I was talking about.I hope I did it right
2 Likes
cliffsloane August 25, 2019, 4:11am #9

I am replying on a cheap Android, so attaching Thai numerals and Burmese letters will need to wait.
I know what the designers likely intended with those logos. I was just struck by the cool coincidences. @Akito is also exactly right about the common symbol for Debian.
And a word for the perplexed – anthro is my abbreviation for anthropology.

I think it’s just co-incidence and natural for us to find matches and similarities in logos and language symbols.

No one has taken offence, I actually think one looks like Mageia one looks like a coffee, the Mint the biscuit that you have with it and the Debian the swirl they put on top of the coffee cos they think we all think how wonderful they are

I was wrong about Burmese letters.
The letter M: 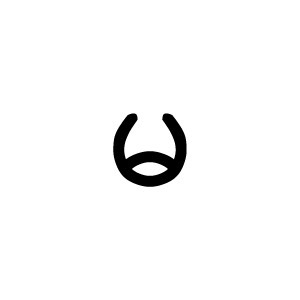 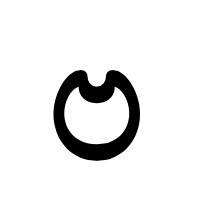 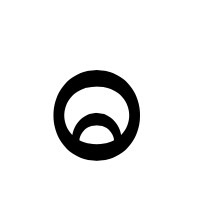