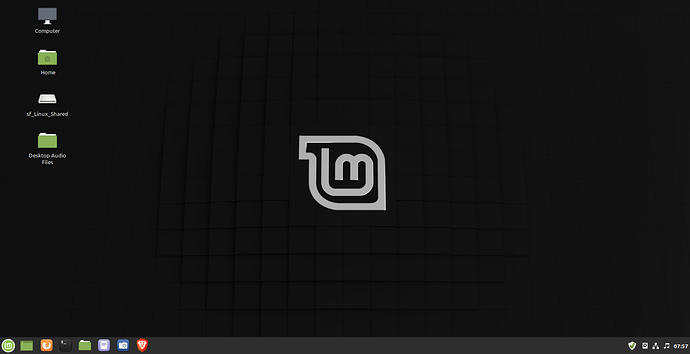 My first time to run Mint LMDE, am liking very much as to how it is running in this VirtualBox VM.
This is running the Cinnamon DE. BTW this is being ran on a W10 host machine.

Hi @4dandl4,
Does LMDE feel like Mint? Maybe it’s a little early to ask, but how would you compare Linux Mint to LMDE? I saw where LMDE is now on ver 4.

Hi @easyt50
LMDE is just Linux Mint based on Debian instead of Ubuntu. The look and feel is just like Linux Mint Ubuntu based Cinnamon, I have ran both and they both perform well. The only real issue I have had was with running the Brave Browser and the sandbox issue. One can do a “brave-browser --no-sandbox” command and this will more or less disable the sandbox feature, so Brave will run, but it does not like sandbox being disabled. I just uninstalled Brave and installed Google Chrome. To be honest I will probably never run this on real hardware, but it does perform well for what it is doing. I will say it is one of the easiest Distro to install and configure in VirtualBox that I have had the pleasure of working with.

There’s very little difference between LMDE and Mint, based on Debian and Ubuntu respectively. They both use apt, and have a similar availability of software apps. At the moment the apps on LMDE are more up to date than the current Mint. Mint will no doubt catch up when Mint 20 is released.

I’ve been using it on my main computer since the beta release, no problems of any kind, it just works. Clem and his team have done a great job.

Good to hear about LMDE, I might D/L it and give it a try. And on Mint 20. I been checking every day to see if I can even d/l the beta copy. As soon as Mint 20 comes out, i know I will be trying it out. Don’t know who Clem is, but if he is on the Linux Mint team, then yes, job well done.

Just saw at FossByte that Mint 20 beta should be out today or tomorrow.

@roysdavies… I have yet to try the Ubuntu Debian Distro, may have to give it a try in a VM. LMDE does seem to be fairly stable.

@easyt50… Yes I read in the last Foss newsletter that Mint 20 would available in June. I think it will only be with Mate, Cinnamon and XFCE, probably LMDE will come later. It reads and sounds like Ubuntu 20 is going to be a game changer for a lot of older PC’s in the future.

Clem is the lead developer of Linux Mint and of LMDE. Take a look at the Linux Mint blog.

I’ll be looking out for Linix Mint 20 Beta release, alhough I’m quite happy to stay with LMDE4.

Linux Mint and LMDE 4 are different distros. Linux Mint is based on Ubuntu, LMDE 4 on Debian. LMDE 4 is the current version, out a few months ago.

Precisely what I said.

In essence they are very similar, Ubuntu being based on Debian.

Apparently, the Debian based edition was developed as a ‘back-up’ should anything happen to Ubuntu.

Have you tried LXDE? Looks like it is also base on Debian. I found it on the internet, but not lised on DistroWatch

LXDE is a desktop environment.

Thanks @Akito, for pointing this out. Still kind of new at Linux.

Thanks, knew I had heard of that somewhere, just could not remember!!!

Did you mean LXLE? An excellent distro, Ubuntu-based with the LXDE desktop. Still using 18.04 at the moment.

Thanks for info, but honesty I don’t remember now. I did do a search for a non-existing distro. Maybe I did mix up the letters. Just don’t know.