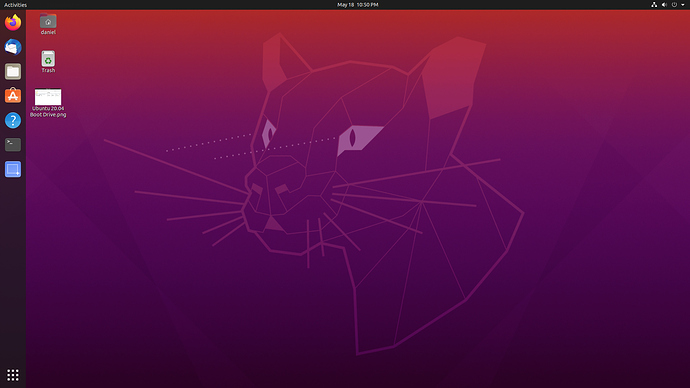 Ubuntu Focal Fossa1920×1080 287 KB
Do not make the same mistake I did and install this on a spinner drive, it did not take long to trash that install and install to a Sandisk SSD. The only real issue so far is drag and drop to the desktop. I know I could drag and drop with Mint Mate. 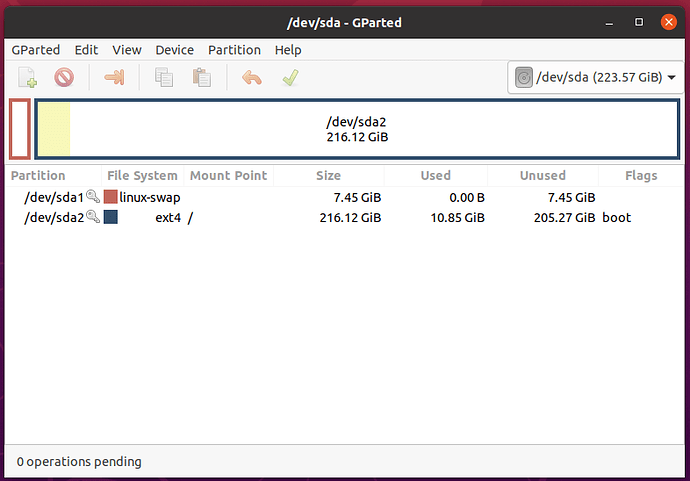 mistake I did and install this on a spinner drive,

Besides being much slower on boot up, what problem did you run into?
After all, the s/w should not care what type of HD it is installed on.
Maybe the HDD was defective.

Besides being much slower on boot up

That was the problem!!! Seagate 500GB HDD was working fine, boot time between HDD and SSD is very much improved. This Ubuntu acted just like W10 when install to a spinner drive, terrible boot time. I could make myself a cup of coffee before Ubuntu booted to the login screen, after booting it ran just fine with the HDD.
Do you know if drag and drop is an ongoing issue with Gnome 3 and the Nautilus File Manager? I will not run this if I can not have drag and drop.

I ran into the same drag-and-drop issue. According to our moderator Abhishek the drag and drop functionality of the desktop was intentionally disabled by the desktop developers. I don’t know why they made that choice. I think it was extremely poor judgement to make the desktop have less functionality and flexibility than it had before. How is that an improvement?

But note this: folders on the Desktop continue to have drag-and-drop function, rename with F2, delete with the “Del” key, etc., even though the Desktop itself no longer permits those actions.

My work-around was to create a folder on the desktop (I call it “WorkSpace”) and have all my downloads, print-to-file output, and general activity directed there. So “WorkSpace” has become my replacement Desktop.

I think that 20.04 LTS is otherwise excellent and despite my annoyance with the desktop I am keeping my computers there. I keep hoping the desktop developers will come to their senses and restore full functionality.

Yes I agree, I can’t see why drag and drop was an issue, I am now just using copy and paste. 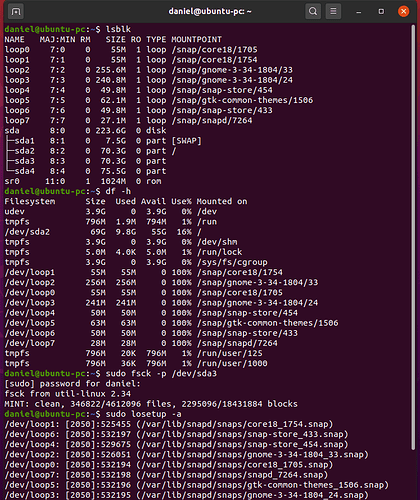 Ubuntu lsblk output747×889 175 KB
Ubuntu output using lsblk? I think all the loop devices has something to do with using snap, but I am
not certain, and why would snap put a loop device on my SSD. Someone smarter than I needs to explain this.
daniel.m.tripp May 21, 2020, 9:24am #7

I HATE those loop devices! What’s the point of seeing them in “df -h” output?

the “-h” means human readable output, humans shouldn’t care, or have to see these…

What’s worse - I’ve got a bunch of Ubuntu 18 servers I manage, and keep getting alerts that a loop or snap filesystem is full! Who cares? They’re supposed to be full arent’ they? Pffft…

Can you or someone explain what the loop devices or for, or how to manage them, other than to delete Ubuntu?

What is a "loop device" when mounting?

Ok thanks Akito. Now can you relate this to Ubuntu using Snap and or is this loop device removable, or does it really exist, other than as a file?