Hi all,
I finally had to upgrade to Mint 20. Made a ‘mistake’ and installed latest Firefox security update.
I now have a pretty serious issue ( well, more of a ‘it pisses me off’ issue really)
With Mint 19 I could leave computer running without issues for weeks or months at a time.
Now, Firefox locks up system after about 36 hours and requires a re-start to get things working again.
Just closing Firefox (which has to be forced closed) doesn’t solve the problem and only gets about as extra 30~40 minutes ‘run time’ (even starting a new session)
What the hell has Mozilla done to cause this problem?
It looks a lot like the memory over runs they had 10? years ago when it failed to release memory until things just stopped.
Anyone have a solution? (and don’t suggest Chrome, I don’t like it.)
DuckDuckGo for Android is preferred on phone but it isn’t available for Linux

Seems strange to me: I always use the very latest version of FF (under Kubuntu) and I haven’t experienced problems in a very long time. I’m kind of a hoarder and tend to leave tabs (currently 700+, sometimes more) and windows (5 currently) open for months, even on my 12 years old laptop (8GB RAM).

However, I shut down my computers when I don’t use them (saving energy). The 10-20 seconds it takes to boot and restore all apps, don’t really bother me.
In the end, I don’t leave on the lights in the loo when I’m not inside and switch off the fan at my bed when I’m leaving it.

Maybe, this might be a solution to your problems, but still: I don’t think there are memory leaks in FF itself - if so FF’s memory usage should increase over time, which it doesn’t (for me). It might be just a specific website or web app that is causing the trouble.

I don’t think there are memory leaks in FF itself - if so FF’s memory usage should increase over time, which it doesn’t (for me).

About 2 years ago I had an issue, which strongly suggested a memory leak. Memory was increasing over time, into insane amounts.

Since that is gone, memory usage has been steadily improving in my Firefox.

That said, all that happened on Windows 10.

It’s also possible, that a malicious or just very bad website may cause high memory usage, perhaps even memory leak style memory usage, when it uses a lot of framework piles, which possibly bloat the crap out of the browser’s memory usage.
I think everyone faces a website from time to time, which leads to Firefox saying “bla bla website’s script is slowing down your browser, do you want to stop it?”. This is when the browser starts freezing, because a website uses a million JavaScript libraries to do a single thing.
I think it’s possible the exact same thing can happen without freezing, but through using insane amounts of memory for seemingly no reason.

About 2 years ago I had an issue, which strongly suggested a memory leak. Memory was increasing over time, into insane amounts.

Here is a picture whilst Firefox is open to this site only of memory usage in Neofetch. 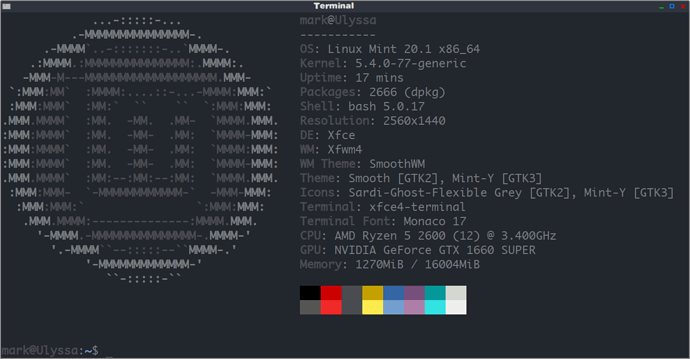 It’s pretty high, but 2MB of that is having the Terminal open and display of Neofetch. 1270MB is quite high, though it is running from a shortcut I have straight to this site on my panel.

Thanks all.
I’m kinda concerned in case it is some sort of tracker problem or even some sort of malware although installing a couple of security updates yesterday seems to have improved things? I won’t really know until tomorrow.
I’m wondering what’s happening with various updates?
I always check to make sure that installing an update hasn’t required additional downloads. The updates yesterday seemed to be 5~6 hours apart so maybe only just released?
Today,there is notification of a new update manager?
I check to make sure I’m not installing something ‘bad’ but haven’t been there yet.

Today,there is notification of a new update manager? 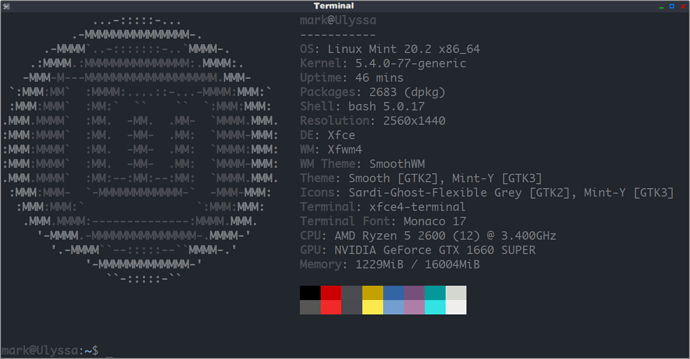 Thanks for the ‘heads up’
Just installed it.

It looks a lot like the memory over runs they had 10? years ago when it failed to release memory until things just stopped.

I am an angular developer and I have noticed firefox doesn’t release memory on reloads, and it keeps on hogging the memory until the system crashes and I have to force reboot.

First I thought my angular application had memory leaks but than on chrome it works smoothly but firefox after 5-6 recompilation by angular server it slows down so the only work around I found was close the tab and reopen new tab after 2-3 reloads.
I have a 8GB RAM

Interesting. I guess they fixed Firefox then broke it again?
Personally, I just don’t like Google.
I know it’s a very secure service but it is not private and wants full control over ‘everything’ but will not release control ( see my post on kids tablet that google no longer supports but has taken over ‘management’ and turned a perfectly good working item into a floor tile) 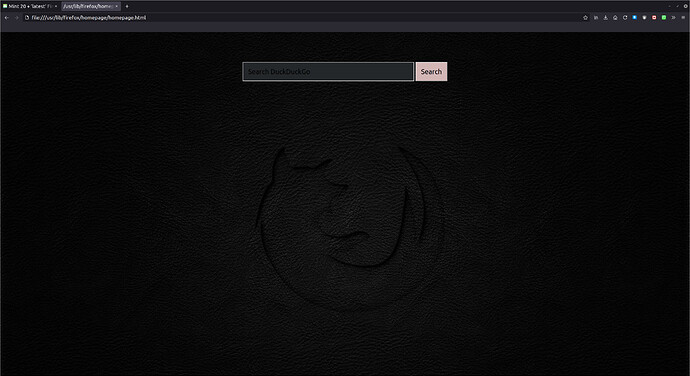 If anyone would like the HTML code let me know?

What version of Firefox is installed now and what was the previous versions? Also, it may not be Mozilla Firefox’s fault, but that of our friends Ubuntu/Linux Mint who poke into Firefox. In any case, for the time being, block Firefox from being updated from the currently installed version, and examine your options. Use this in the terminal sudo apt-mark hold firefox.

Download a generic version from (Directory Listing: /pub/firefox/releases/90.0/). Post back if you are having questions or problems.

Signed
My 15 year marriage to Firefox, is in trouble

Got a very similar problem with my wife’s HP All-in-one with LM 20.2 Cinnamon alone. Any time she leaves FF on, say when we go out visiting or shopping, as little as 2 hours or as much as 8 hours, her desktop is frozen. She’s noticed that the major offender is Facebook. If she has one or more FB tabs open, the freeze will occur. She had a health site she was a member of - Spark People was the name I think - that would do the same but it took longer to freeze. Of course, both sites drop ‘feature after feature’ on the user while they’re there. Message this, notification that, post whatever, super-auto-refresh, etc… I’m sure that’s what the problem is.

both sites drop ‘feature after feature’ on the user while they’re there. Message this, notification that,

Get Adblocker Ultimate add on installed. You can set it up by switching it off for sites that track you’ve got adblocker on, but for the majority of the time I have mine on. here is the link to Adblocker Ultimate

Thanks, but I’ve got a bash script that downloads several hosts files. It cats them together, removes duplicates and plugs the entries into my hosts file. On the occasional glitch with a site, I’ve made another script that ‘turns the hosts file off’ so to speak. That is much more thorough than Adblocker Plus and Ultimate. I’ve also put the Facebook Purity addon in each browser that she uses. That helped quite a bit but she still has trouble when she leaves her FF browser on too long with any FB tabs open.
I’m planning on boosting her to LM Cinnamon 20.2 in a couple days.