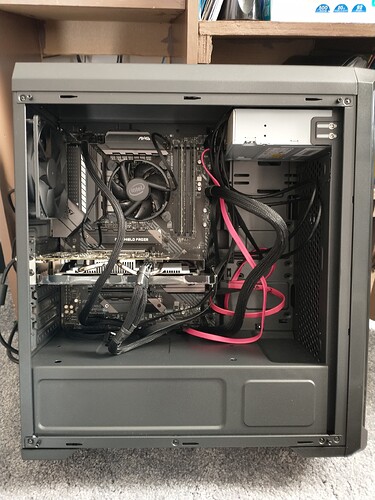 Intel Core i3-10105F - Core i3 10th Gen Comet Lake
Quad-Core 3.7 GHz LGA 1200 65W Desktop Processor
BX8070110105F
Correction, I stated this processor had onboard graphics, but it does not. Any Intel processor
mdel ending with (F) has no onboard graphics. But since I mostly use discrete graphics, this is a
no issue.

Plus 1 500GB and 1tb spinner drives for data storage. 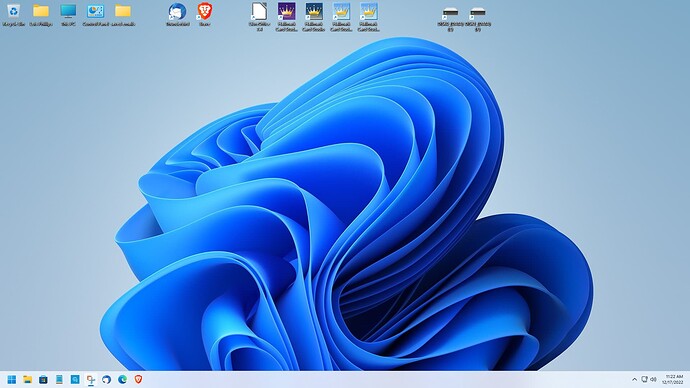 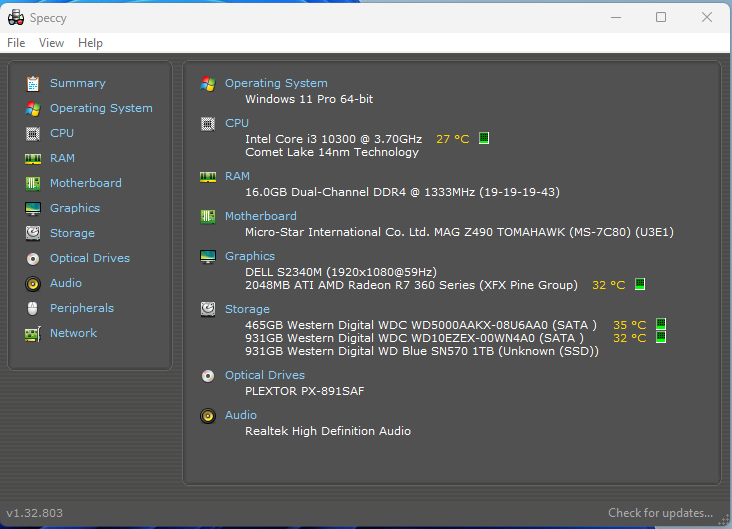 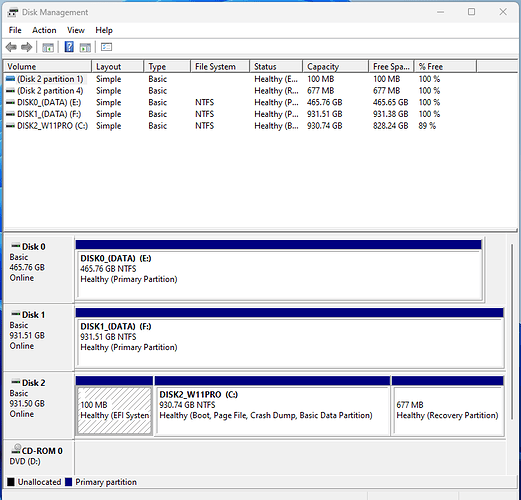 Hi @4dandl4 ,
Just curious. Did you save money building from parts, or was it to get the configuration you wanted?

@nevj
Not as cheap as it used to be, but what is cheap these days. I still believe one can build a lot better machine, than getting one off the shelf. Had to use a discrete AMD GPU instead of the onboard graphics, because my monitor only have DVI and VGA ports, but I already had the AMD Radeon 7, you know, the one I said you could have. All my parts came from Newegg and Best Buy.
This is not a gaming machine, but it is a high end mainstream machine, and with the NVMe boot drive and 16GB of ram, boot time is very fast. The Wife loves it and I am Her hero again!!!
I have $472.80 for the parts.

I still believe one can build a lot better machine, than getting one off the shelf.

That makes sense. I would like to get back into doing that. Nice job.

@nevj
Thank you, the case was close work, nothing like the old Antec case it replaced.

one thing I hate about this MSI mobo - is the hideous UEFI / BIOS screens - they’re ugly and they’re cluttered and they look like a toy and things like “virtualization” are so obfuscated, I had to google for the answer - as there wasn’t even a hint in the various screens I hunted though - despite the “Pro” branding on this motherboard! Damn - you’d a thunk a “pro” board might even have AMD / VT turned on by default! But No!

It isn’t the best in the world!!! You would also have thought the HD audio would have been enabled, but after trying to get the audio to work, I went back into the bios and found that the HD audio controller was disabled.
This board is not for gaming, and I didn’t even install all the overclocking dragon software, but it should last my Wife, several years.
This makes my fourth machine to build, I now have two machines, that is ready for Linux.

How do you find the i3 performance? I’ve been disappointed a couple times with an i3 and swore I’d never go below i5 again. Not sure of the price difference between. Have not built a machine in over 15 years (might be 20?).

@pdecker
It is performing well with what I have it paired with and for less than a $100.00. Their are better and faster Intel and AMD processors, if one wants pay the money.
For my personal machine, if I ever rebuild, I would go with a I5 or I7 and or Ryzen 7 or 8, and that can get
expensive really quick.

How do you find the i3 performance? I’ve been disappointed a couple times with an i3 and swore I’d never go below i5 again.

8th gen i3 easily outperforms 7th gen i5. However, i3 will be always less performant, than the i5 in the same generation.
My kids have i3-8100 based computers, and they are quite capable, no performance problems…

i3 will be always less performant, than the i5 in the same generation.

That may be true, but when one is on a budget, you do what one has to do.
My old i5 3rd gen intel is still running well, in my old PC, but in reality, I know it is needing an upgrade, how much I spend is yet to be determined.

how much I spend is yet to be determined.

I myself never ever buy a complete PC off the shelf. I always build it myself of parts I choose. So if you have a standard case and standard PSU, it should not be a hard job to do it. You’d need motherboard, CPU and of corse RAM.
If you have brand-machine, like a Dell tower, or a HP desktop, chances are you cannot change motherboard easily.

@kovacslt
Except for a Dell laptop, all my PC’s are home built and can be rebuilt.

My Dell XPS tower with a first gen Core i7 is due for an upgrade. So far I’ve just changed out graphics card once and changed hard drives. Sometimes I just needed a larger drive and sometimes I had a drive die on me. The latest updates were for all SATA SSD and an external USB SSD. Those drives should last for quite a while I’d think. I don’t have all that much data written so the overall life of the drive should be long.

@pdecker
If you are just running Linux or W10, you will be fine, although W10 will be unsupported in 2025. So your mobo must have an LGA1156 or LGA1366 CPU socket. The PC I am using right now has a i5/3570K 3rd gen, and is sill running well, but is also in need of an upgrade. The machine, I just built, replaced a much older machine, that was running an Intel board socket 995 with a Pentium CPU.
The problem is, and I am not the only one, all of my machines were running well with W10, but none could be upgraded to run W11, without some serious rebuilding.Since my wife does our banking and bookkeeping, she got the first machine. Since Newegg replaced a lost mobo, that finally arrived, I will build one more machine that will run W11, and use it at my desk.

but none could be upgraded to run W11

Tried that, my machines just would not handle W11. I have a laptop, that I hacked W11 on it, but since it is unsupported by W11, it will never get any feature updates, but it does get some updates. No more than I use it, I should just discard Windows and run Linux.
I know what you did, but that was not an options for this machine.