My Windows Shop PC After Reconfiguration

No, this isn’t Linux, but I thought it might make an interesting read, for the Windows users that are present. 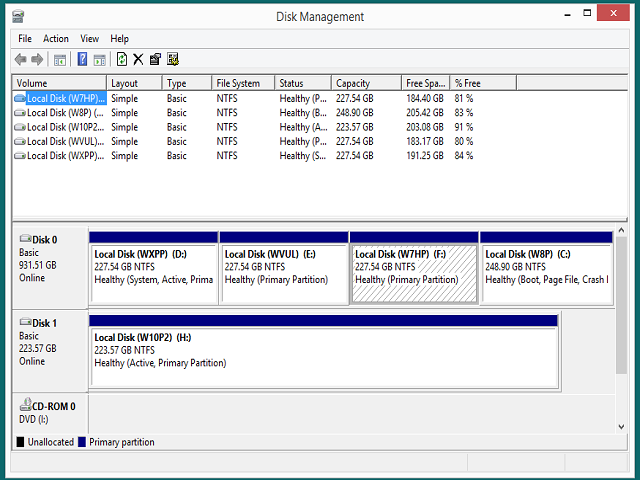 It all started with a Seagate 1tb HDD with four partitions, with XP being the first Windows OS installed. Over the next
two months it has evolved into the machine I want. This machine goes against everything Microsoft wants to happen
with their W10 OS, and that is to be the only Windows that will run on any machine one might have. I do run W10,
but I am no big fan, but W10 or some version of the OS, will soon be the only supported Windows OS.
I have been working on this Windows PC for some time now, and finally have XP, Vista. W7 and W8.1 installed on the 1tb HDD.
Due to XP, I have to use Dos or MBR partioning instead of GPT, and a HDD for the initial install, I can then clone the HDD
to an WD1tb SSD. After a couple of attempts with some name brand cloning software, and getting errors, I finally booted the PC
with an old Clonezilla disk I have and accomplished the clone using Clonezilla. I guess third time was the charm.
Linux software can help in a Windows install.
This PC is set to boot into W8.1, and you can see I also have W10 installed on a 250GB SanDisk SDD. You would have thought
W10 would have picked up the older Windows OS’s and generated a nice boot menu, but it did not. I do not want to use EasyBCD,
or keep using F10 for the boot menu. So off to google and search time. 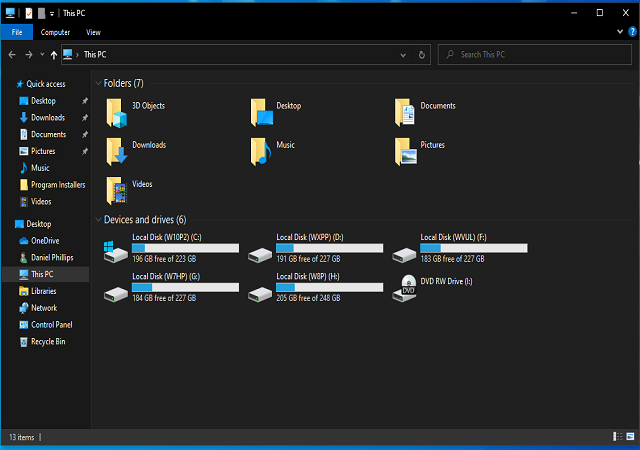 Now how did I get from W8.1 to W10 without using F10, EasyBCD or going into bios and changing the boot order? I used
W8.1 to set the W10 SSD drive to the letter (H), I then opened a CMD prompt as adminstrator and typed this command
" bcdboot H:\windows " I now have a boot entry in W8.1 for W10. One thing is in need of pointing out here.
This is a new install of W10 on a 1 partition drive, if the drive is left unformatted, Windows will then
create a boot partition, C drive partition, and a recovery partition. If one will format and create the ntfs partition
before the install, W10 will then install to that one partition.

The BCD Store, every Windows user should aquire some knowledge on how to edit the BCDSTORE. The “bcdedit” command when
used in an elevated Command Prompt can be really helpful when setting up a Windows PC, just like the Terminal
can be used with Linux. All my BCDSTORE entries have been edited using the "bcdedit /set {identifier} Description “Windows OS”
The identifer is different for each Windows OS and the name has to set within quotation marks.
Linux will
be used as a VM later on.

Hey 4dandl4.
That’s a nice project. Thanks for sharing.
By the way, what’s the plan for having all these W versions in just one PC?

No plan, I own retail copies of XP, Vista and W7, and just decided one day to run all my legal copies of Windows, instead of just stashing all away in a drawer. I do have some software that will only run on XP.

Okay.
Thanks for describing all your troubles… That’s how we learn.