One of the vast amount of reasons why I hate Python

As a result of the discussions below, I want to present a what seems to be very valid replacement for Python: 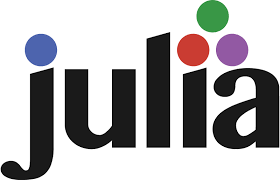 It is dynamic, fresh as fuck, many say it will be one of the main languages in the not so far future. So far it is already very well supported, documentation is extensive and the community is pretty big, as well.
The main reason why I see this language as a replacement for Python is that it covers all the use cases that Python is used for, additionally to it being usable for other purposes just as well. That fact and just the simple fact that Python is in my opinion just a cumbersome annoyance to fight with, pushes me toward looking at Julia and hoping most apps will be written by using this language instead of all that Python, of which there is still too much version 2.7 code out there.

That said, I don’t personally use Julia (yet?), because I already have to use Java professionally and use another language privately that I really adore, which is sadly not yet as ready for the majority of people as Julia seems to be.

2 Likes
What's the point of Python?
Problem with python after Upgrade to Mint 20
How to install specific version of python?
Is this Python issue worth solving?
ERROR: for odoo-13-docker-compose_odoo13_1 a bytes-like object is required, not 'str' in docker-compose up
Restore a linux image
Akito June 27, 2019, 9:53pm #2

I literally have to restore my system from backup, because Python broke it. I can’t believe this is supposed to be the #2 most popular programming language in the world.

i know all of zero about python, but this stack overflow discussion looked like it might have a couple of options to try.

This link might indeed solve this symptom which surfaces once you get bitten by Python, but it does not eliminate the key problem with Python. The 2 versions are utter bullshit and destroys so much and I had unusable systems so many times now because Python doesn’t know what the hell it is doing.

It is ridiculous. Another example. Did you know that you need Python2 to remove Python2? This is another problem in this whole Python thing that I will never overstand.

I get more and more why Python wannabe professionals use the Python virtual environment “just to be sure”. The reality is, that Python is so broken and error prone, that if you don’t do it you literally can break everything. I have yet to meet another language that is so broken and yet so famous and beloved by so many.

Since I already started ranting so hard, why not go on?

If you fail something with Java, it just won’t run because of the wrong JDK/JRE version.
If you fail something with C, maybe you need to use a higher gcc version or if you are using a specific project, it is recommended to use another compiler.
If you fail to set up Go, it just won’t work until you set up the GOPATH correctly and make sure it works.
All these can have issues, but ultimately it is just human error that you can fix relatively easy.

Now Python. You can do everything according to the book in Python and it may not only fail, but break your whole system. Welcome to the second most popular language in the world.

And then you discover ren’py, the engine that makes visual novels. And eventually, you start doing things as you’ve always done. One day, you start comparing the interpretation of a scene from two devs.

Before the day is over, you’re so confused because you can’t believe it’s possible.

But it’s true: a sort of crosspollination can happen and the files will actually swap date and time. This is ‘persistent’ on steroids.

And then you discover ren’py, the engine that makes visual novels.

And eventually, I will have to restore my computer from backup as I broke it while trying to make a seemingly harmless program work.

In fact, I am trying to teach someone Python at this moment and the more I teach, the more I see how lacking this language is. Do people know that Python doesn’t even have case statements?

Learning Python has been on my to do list for a few years now… but I just can’t be arsed with it… I’ve found problems I’d like to solve, and investigate solving them using Python (I wrote a tiny “thing” that I mostly purloined off other python scripts I found, to generate left handed passwords [i.e. passwords I can type with my left hand only - as I’m left handed])… but then I hit a wall - and give up and decide to use bash… same goes for Perl - had intentions ~10 years ago of getting my head around automation using Perl - but NO! I can already solve what I need to solve with default stuff in my shell (whether that be csh, sh, ksh or bash).

Bash is indeed a powerful tool. Despite there being legitimate reasons for using a “real” programming language, I assume most use them because they are already used to that language, even though many things can be done in Bash, already. One of the big downsides of shell languages is that they aren’t really meant at all to be used for scaling applications or anything complicated. That’s true in theory, especially when looking at how the debugging works, etc. (Though, Python’s debugging process isn’t a lot better.)
That said, I have already seen huge shell scripts that do A LOT of stuff. Really stunning what you can do with a supposedly weak/powerless language like Bash. MQTT shell script client, for bash, dash, BusyBox ash and others. Gives you MQTT on anything Unix like, from embedded routers to AIX servers with almost no dependenices. - raphaelcohn/bish-bosh I had not heard of Julia before this post - I will check it out. Thanks for sharing!