Hey everyone!
I came here from @abhishek 's post -
[Beginners Guide To Install Windows 10 With Ubuntu in Dual Boot]
Actually, I have never done this before so I am a bit paranoid about it.
I was studying other blogs and tutorials too on the internet and was quite confused as to which procedure to follow.
I would be grateful if you all could help out…
System specifications -
Lenovo E0IN Ideapad S340 Laptop (AMD Ryzen 7-3700U/8GB RAM/1TB HDD + 256GB SSD/Windows 10)
My main query was -
What kind of partitioning would you suggest to someone with 250 gb ssd and 1 tb hdd ?
There is some really good discussion here - https://askubuntu.com/questions/1166128/dual-booting-windows-10-and-ubuntu-on-128-gb-ssd-and-1tb-hdd-drive-what-is-the?answertab=votes#tab-top

Some other doubts I had -

I would be really grateful if you could help. Thanks a lot!

Some of the links I have referred -

Thank you so much!! actually I was going to add more 4 more links I referred but I got flagged before I added them… is it okay if I share them too now?

Sure, go ahead. Links from domains like askubuntu can be repeated as much as needed.

My advice would be to leave W10 alone and use VirtualBox to install Ubuntu. Very little is lost
when running Linux as a VM, and a lot easier to overcome if something goes wrong.

Thank you! I will definitely be doing that in case I can’t figure this out… Actually I was working on project where it was suggested to use Ubuntu or MacOS. Other solutions like using wsl2, virtual box on Windows are not as efficient but an option if Ubuntu installation doesn’t work out.
So I was hoping to try installing Ubuntu

@Ria…
I guess it all depends on what you want Linux to run. I run Debian 10 in VirtualBox, using W10
and I see no need in a bare metal install. If you do decide to install Ubuntu, just be sure and do
a image backup of W10, if something does go wrong.

I and my daughter tried virtualbox to get a dualboot of ubuntu 18.4. It never worked for us and I don’t know why. But it was confusing to us as we tried to follow the instructions.

We looked at and tried several other instruction sets but they also got us mangled up. Then my daughter found a 30 minute or so instruction video on utube, that had a step by step instruction with the pictures of each screen we were going to see. She put it on her lap top and came over and away we went. In 30 minutes or so we had my ubuntu 18.4 runing on my windows 10 PC.

Check out utube. I think she also had to have a sorftware package that she down loaded and it was free also like ubuntu.

Now at boot up of my PC I get to indicate which I want to boot and off we go. ubuntu really boots and loads so much faster than windows 10. The only bug a bood is that leaving ubuntu to then boot windows, the PC clock is set 4 hours ahead and I have to go into Control Panel in windows and set the time back and some times the AM OR PM setting also.

Good luck with yours.
Pat

The only bug a bood is that leaving ubuntu to then boot windows, the PC clock is set 4 hours ahead and I have to go into Control Panel in windows and set the time back and some times the AM OR PM setting also.

Hi @RetiredGuy,
I had a similar problem: every time I boot with Win10, when I return to Linux, the clock is always 1 hour late and I solved my problem with the instructions on this link

I contacted my daughter about the utube video we used. Here is the link: 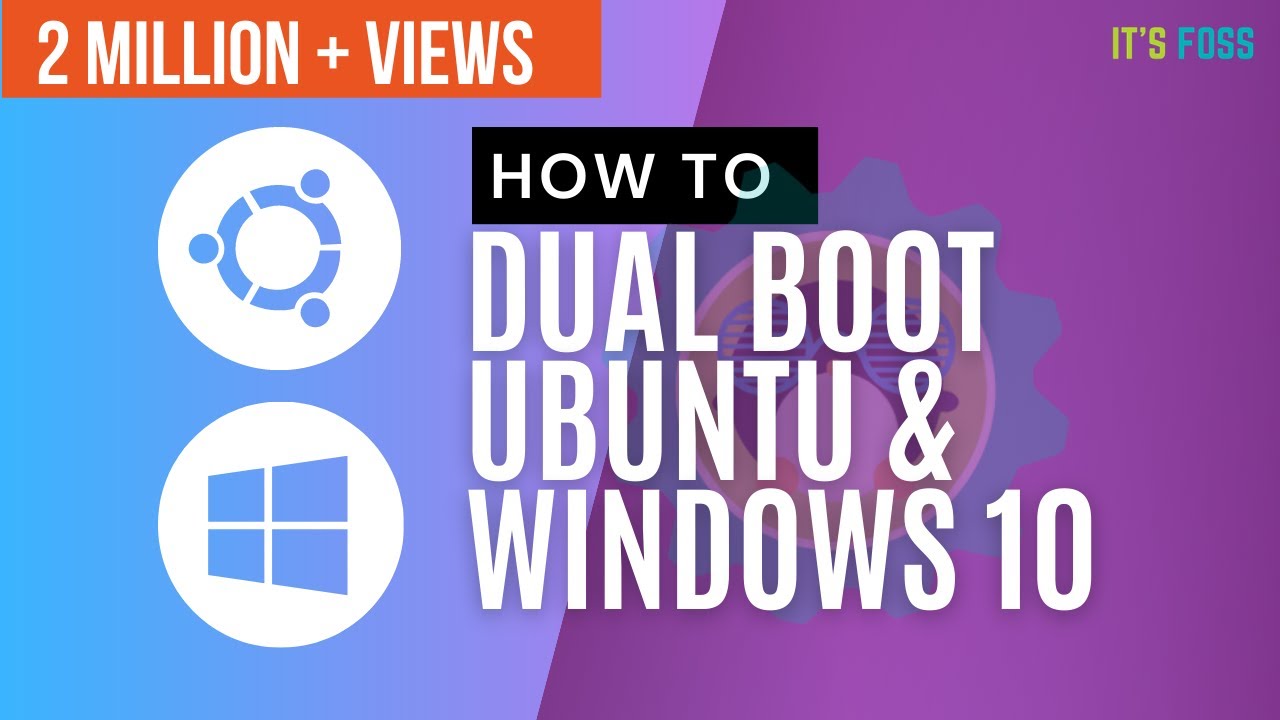 All of the requirements are detailed in the video. We stopped the video as each new instruction came up and did it. It really was easy and most satisfying to boot and have ubuntu open up.

Thanks, I’ll get that link and fix that.

Yes @RetiredGuy, there is a fix for the clock problem. I remember reading about it. If you have problems finding the answer, come back.

@RetiredGuy… Open a terminal and type " timedatectl " If RTC is
reading this " RTC in local TZ: no " then type this command
" timedatectl set-local-rtc 1 --adjust-system-clock " this will
set RTC to read local time " RTC in local TZ: yes " This is
the Linux commands to keep Windows and Linux time the same.
This can also be done in Windows but it requires modifying the
registry.

Thank you for that, this does get old after while.

Thank you for sharing this @RetiredGuy! It definitely helped a lot

Thank you for sharing @4dandl4

… Not only did it help @RetiredGuy, it also helped me once I successfully dual booted my system !

I have finally completed the dual boot successfully… I referred lots of resources on the internet and I am really grateful for all the help I received from all of you… I will try to gather all the references I used and slowly post them here in a coherent manner in case someone else needs them too…
Thank you so much @4dandl4 @RetiredGuy @Tech_JA @easyt50 @Akito for helping me and also @abhishek for writing the amazing blog which brought me here!

I want to dual boot ubuntu with windows 10 and i see that u have to disable secure boot from UEFI firmware settings. But my motherboard has Legacy BIOS and not UEFI. Does legacy BIOS also have secure boot and how do you disable it??

What computer do you have? What is the motherboard? Desktop or Laptop?? You will need to switch off fast boot and secure boot in my experience I always do. If my memory serves me correctly on most legacy computers they only have fast boot, but without knowing what make your computer is we cannot be of much more help.