I was never able to learn Visual Basic.

In a world where the coding is done with
C
C#
C++
Java
JavaScript
Objective-C
PHP
Python
Ruby
I am lost. So, there is no need for Emacs to me.

While I was taught/programmed to code in
[…]
In a world where the coding is done with
[…]
I am lost. So, there is no need for Emacs to me.

I don’t entirely understand this post. Do you mean that in today’s world there’s no need for your programming skills?

I would slightly disagree. In numerics, Fortran is still widely used and financial institutions still have tons of legacy code in Cobol which very few people are actually able to maintain.

Besides that, with my background in Mathematics and Computer Science, I firmly believe that programming is all about abstraction and algorithms and not about being fluent in the currently en vogue programming language (e.g. Python today, Java 15 years back) which can always be learned.

financial institutions still have tons of legacy code in Cobol which very few people are actually able to maintain.

This exact fact can actually let you make tons of money, today. There is barely anyone left who knows COBOL, so if you do, you can get one of those many empty job positions out there.

programming is all about abstraction and algorithms and not about being fluent in the currently en vogue programming language (e.g. Python today, Java 15 years back) which can always be learned.

What almost no newbie ever understands, which is especially evident, when they ask, which programming language they should learn first, is the following:
The programming language, in terms of personal knowledge and IT education, is almost never important.
Most of the time, it almost entirely does not matter. When I look back at the time from when I asked which programming language to learn first up to now, then I can only see the biggest difference between compiled and interpreted languages. For example, there is a difference between using Arturo and Nim. Perhaps languages like Smalltalk and Java are a special case, in this specific distinction.
However, I don’t see any really important, from the perspective of programming education, differences between programming languages. If you learn certain general, but important, design patterns and programming concepts, you most likely can implement and use them properly in any popular language.

Do you mean that in today’s world there’s no need for your programming skills?

Sorry for the misunderstanding @Mina. What I meant was that I stopped developing my skills when I understood that I was unable to catch/learn Visual Basic.

I know I have a very bad memory. So my learning skills is in jeopardy. And even though memory and learning are two distinct phenomena, one needs the first to be able to live the second.

Everyone knows that memory is essential to all learning. Because memory lets you store and retrieve the information that you learn. No memory equals to no learning process.

Roger
P.s. Simply said, it is probably just the result of old age.

Simply said, it is probably just the result of old age.

I don’t know you enough to either confirm or deny that. I only know that memory is a tricky thing and most of us need to repeat and practice a lot in order to not lose a particular skill.

However, as far as I can judge by your posts, you’re pretty good expressing yourself clearly and in a structured form in natural language. This is what I personally consider the most essential ability required for programming or any intellectual activity. Many posters in this and other fora totally disregard the importance of proper verbal communication and hence I don’t see any future for them in any IT-related profession.

All easy stuff compared with French… They have strange accents ! Unlike me

Not answering your question just adding my 2 euros

but never really got to grips with objects

Object Oriented Programming is probably the most overrated paradigm in software development.

Siphon my knowledge into your brain; assimilate my sensibilities to your spine.

If you like his article, you could perhaps drop him $5.

How will you know if I did ?

You are very leery.

I am not leery @Akito
I was just teasing you and in a way testing the eventuality that perhaps you were Xahlee him/herself.

I was just teasing you and in a way testing the eventuality that perhaps you were Xahlee him/herself.

I’d be much smarter and older than I actually am, if I were Xah Lee.

Thanks for the compliment.

Look at how many articles he has written in his life… Xah Lee has no time browsing It’sFOSS.

Xah Lee’s definitely a very smart guy with huge knowledge and he’s really fun to read. I also appreciate it that he’s not afraid of slaughtering the holy cows of the trade.

I do not agree to everything he says, but he always makes you think and he’s not afraid to pick a fight.

E.g. with his statement:

Free software acts as a virus. Free systems have the potency to wipe out any other protocol or design, including any superior ones (unless they are also free). A example is the various Unix systems and protocols has done huge irreversible damage to society.

he wouldn’t find many friends here.

My English is not that good so please tell me,

Why is it called OOP instead of OOD ?

Why is it called OOP instead of OOD ?

The “P” in “OOP” stands for programming. In the old days, people who made computers do what they should do, were called “programmers”, not “software designers”, “system developers” or “architects”…

I do not agree to everything he says

Nobody can! And that is perfect!

he wouldn’t find many friends here.

I am sure you are surprised to hear, that, I am guessing right now, at least 80% of his followers are pro Free Software and pro Linux, etc. 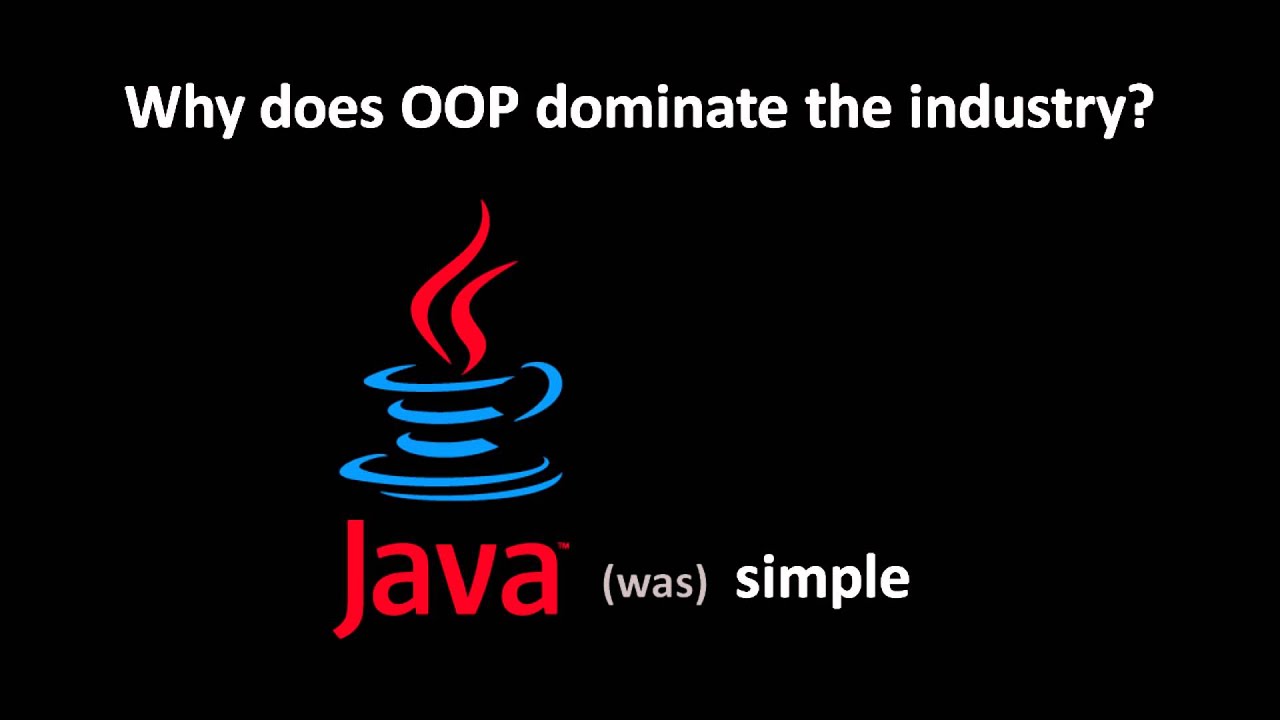 I taught myself PHP and have since dabbled in PHP OOP.