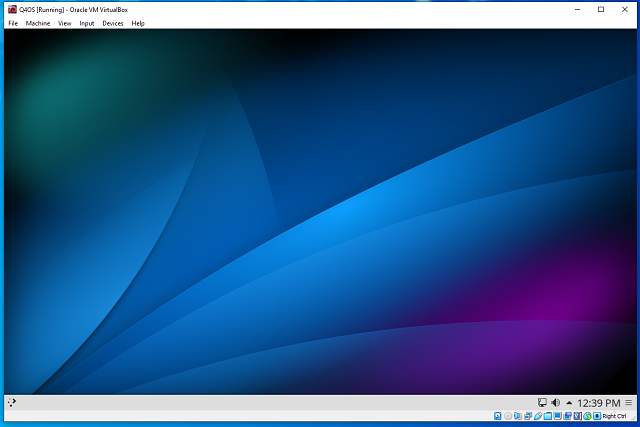 Q4OS KDE Plasma running in VirtualBox v6.1.6. You will need a
64bit system to run this distro, and at least 2048MB memory
with VirtualBox. Once installed the system is
fairly easy to configure by running the desktop profiler.
Q4OS even has it’s own version of the VirtualBox Guest Additions
that can be downloaded and installed, did not even have
to use the terminal, unlike some other distros.
After running the desktop profiler one can then install other
software that is available. It has Google Chrome installed but
I also installed Mozilla Firefox and Mozilla Thunderbird.
Q4OS also can be installed with the Trinity DE but the
Q4OS KDE Plasma DE, if one’s, system will run it, is looking very good.
Will run this for awhile just to see how and what I can
do with it in a VM.