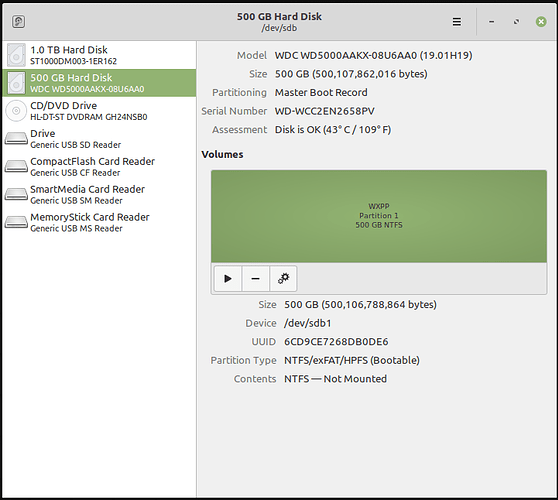 This old Emachine was a discard from one of my neighbors, that had XP Media Center installed, it is now rrunning XP Pro. My first PC was a Gateway running W95, my first home built PC was setup to run a retail copy of XP, which I still have, I now have a bunch of software, that runs well on XP, but not on W10. I have been running XP on a dedicated drive on one of my PC’s that is running W10, but that is getting out of hand, mostly due to W10 and no support for XP. I started this project sometimes ago and am only now finishing. XP still has a place in my PC world, and along with Linux I can build a XP PC that still has decent internet access. 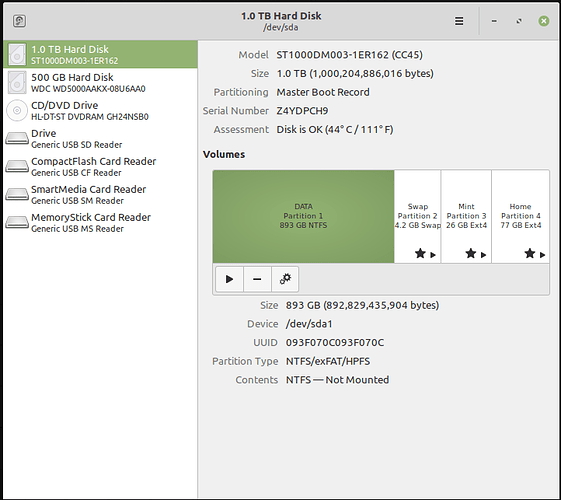 This PC only has one bay drive slot, so the XP drive goes in that bay. I then mounted the Data drive on the inside bottom of the PC, using felts pads for vibration control. I did not want Mint installed to the XP drive, for reasons, so I installed Mint on the Data drive. One thing about Linux, it doesn’t really care where it is installed. When I do this, and I am sure others have their opinion, I do not let grub write to the MBR of either drive. In this case grub was written to /dev/sda3, after reboot and a F2 into the bios, I set the Data drive 1st in drive order, exit and I was greeted with the grub boot.
I now have a dedicated XP PC to play with. Thank you Foss for letting an old man ramble.

, I too wanted to play with XP. I have it installed on a Dell Laptop Vostro 1500.
What browser and virus protection do you use?
Thanks.

XP never goes online, I wish you luck in trying to find virus software or a browser support. I boot into Mint to go online with the PC. All this machine is doing is running all the old software that I have accumulated for XP. Love playing my old games. 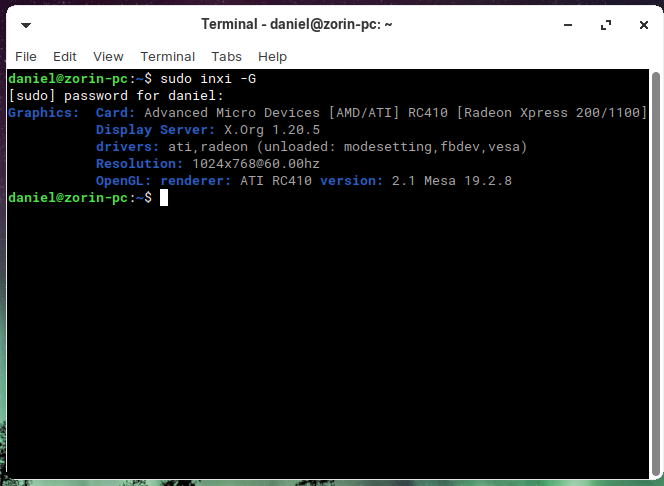 As you can see the Radeon Express 200/1100 is the onboard graphics. The problem
with the RE 200 is that AMD no longer will supply a Linux driver for this device. Even
if it did, the Linux kernel no longer supports RE 200, except with a very basic vesa
driver with only a mac res of 1024x768. That just will not work. 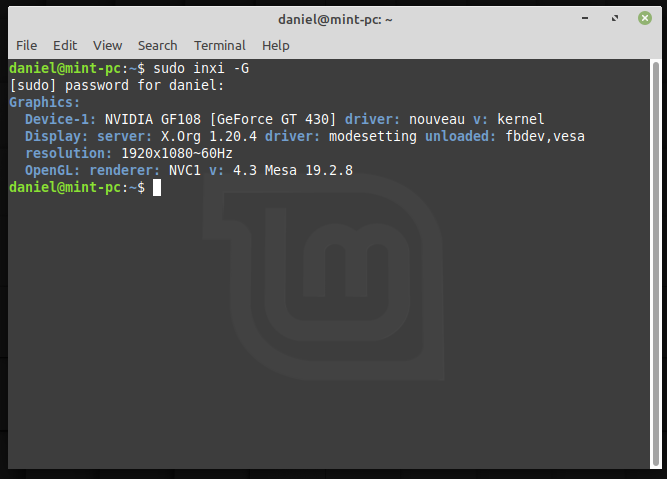 To get this old Emachine happy with both XP and Linux I installed a Nvidia GT430
graphics card. I now get 1920x1080 with DVI cable to my Dell monitor.
One can still get these old boxes to perform pretty well with the right selection
of hardware. For a 15+ year old machine, it is running quite well.