Should I install Cinnamon on Ubuntu?

Hello peeps
I use ubuntu and mint
I am having some problems with mint ( they can be solved) but anyway I am not a fan of mint
But I like the ciinnamon desktop
Do you think i should install it?
and will the apps in gnome will be usable in cinnamon?
And btw,
I am gonna create a backup of ubuntu before installing cinnamon using the default ubuntu backup tool ( or timeshift?) in the ubuntu partition only.
will that backup be usable or not?
and what shud i use the default backup tool or timeshift?
Screenshot of free space:

Thank you in advance

Timeshift takes a snapshot, but it’s a GUI tool AFAIK.
I really like Systemback, created by a fellow hungarian 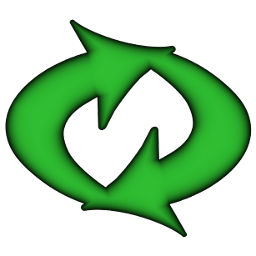 Because it doesn’t require GUI (X).
I can (and do

)use it on my headless servers, as well as on my VPS and all the desktops.
So when something goes really wrong, so that X server can’t be started, I’m still completely able to restore the previous saved state.
It really saved my ass upon a screwed up upgrade of AMDGPU Pro drivers. And it’s comfortable just to restore the system after some unsuccessful experimental fiddling with my system.
I don’t know, if Timeshift works whithout GUI? If it does, it should be an equally great backup/restore tool.
If you have a snapshot, basically you can do whatever harm you want to your system. As long as it stays bootable to console at least…

After doing something experimental, and having some bad result, just restore the system, and keep on using it… or start the experiment again, with modified steps, hopefully with good result

So doing a system backup BEFORE messing with the system is a very-very good idea.
Having done that, there’s absolutely zero risk in installing Cinnamon on top of Ubuntu.

Alternatively, you may want took into Cinnamon remix:

Community-driven, featuring Linux Mint’s Cinnamon Desktop with Ubuntu at the core, packed fast and full of features, here is the most traditionally modern desktop you will ever love.

Ubuntu with Cinnamon as default…

I really like Systemback, created by a fellow hungarian

Me too, it works in Ubuntu 20.04 even though support is no longer provided for Systemback. Wish someone else would take over the support for it, though there must be hundreds of unsupported apps for Linux that still work to this day??