I have this occasional keyboard freeze bug on 18.04 that typing has become hard. I used to have Cinnamon from It’s FOSS article. But it appears broken now ( and removed ). Suggest me a DE that will work well alongside ubuntu-default DE and is good enough like Cinnamon. And of course, how to add it. Thanks.

Once installed open and in search type “desktop” for generic search, then scroll down the page and it will reveal all desktops that are available to you to install using your 18.04 DE.

I have highlighted Lubuntu and LXDE, essentially both the same, whereas LXDE will be the original vanilla flavour. Others include Budgie, Cinnamon, KDE, LXqt, Mate, Xfce. 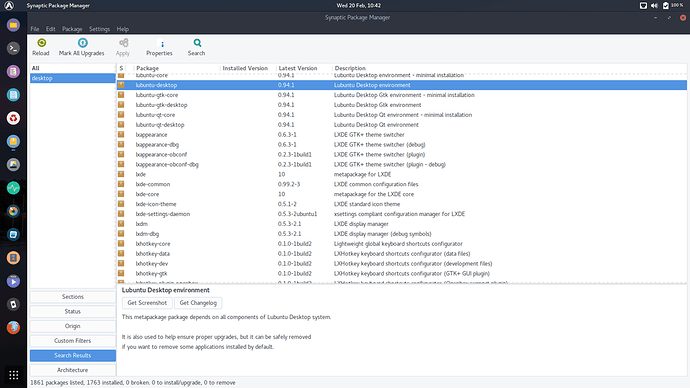 slightly off topic isn’t Synaptic Package Manger installed by default in Ubuntu? it is in Mint

Ubuntu have preferred their users to use the Ubuntu Software Centre in the past and now Gnome Software Manager. Synaptic was removed circa 2010ish…? When they dropped Gnome 2 GUI for the Unity GUI.

To get the best of Ubuntu, i.e change the icons or theme, or make any alteration to the GUI, you need to install the Gnome Tweaks tool. The forked tool, Ubuntu Tweaks was considered a security risk.

In Ubuntu you need to install the Gnome browser extension (@ https://extensions.gnome.org/ ), then follow the instruction to enable the shell, to install the various extensions on offer. I went for the Arc Menu and Log In/Out features. 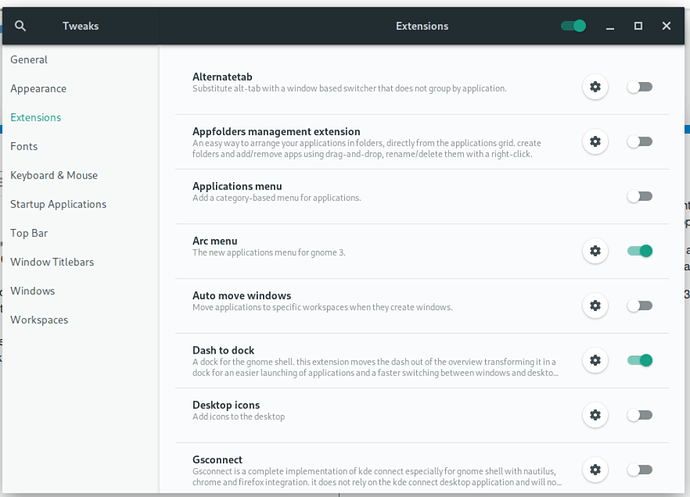 It does require a bit fettling to set your desktop to how you would like it.

i wasn’t aware synaptic could do that. thanks for the info

Any PPA available ? Is it possible to remove without causing issues ? I tried KDE, now I am on fresh Ubuntu.

Give MATE a try. It’s one of my favorite DEs. Fairly decent use of system resources. You can use the built-in tweak tool (don’t remember the name off hand) to change the layout to look like Windows, Mac, opensuse and others.

As you seemed to be joined at the hip with 18.04, the most productive solution to broaden your horizons would be to install Gnome Boxes, via Synaptic manager.

It is an easy and initiative tool to use, native to the Ubuntu Gnome desktop. By downloading the iso file of a distro you want to sample.

For example: Lubuntu, Kubuntu, Ubuntu Mate, Ubuntu Budgie, Xubuntu. Allows you to explore before committing to a bare metal install.

Then work your way through distrowatch top 100 releases. Until that eureka moment.