The Problem with Discord

From the title I can read “Microsoft Won’t buy Discord”. That’s very unfortunate, as I have been hoping a lot that Microsoft eats this little piece of crap. I can’t stand Discord, yet, everyone seems to use it for their communities. Many of them use Discord exclusively for their community, in effect excluding me, as I refuse to use Discord.

It’s more of a game channel of communication, but I don’t like it either. Skype with all its glitches is better. Slack is less popular. In general, I can’t even name some kind of universal application that is not buggy and everyone likes it.

It’s more of a game channel of communication

It was that initially, but now it has become omnipresent. Wherever I go, there is always a “Discord Community” at hand. It’s worse, when the community exclusively forces you to either join Discord or stay out of the community. That’s sometimes frustrating.

OK…I’ll bite, what’s your discord with discord?
Yes, I have laid out my ignorance for all to see. BUT, when I can learn from it then, I am no longer ignorant.

Just as a context: I was using Discord for quite a while when it was brandnew, i.e. “back when it wasn’t cool, yet”.

Here is what I remember (mistakes reserved):

The company and its product – Discord – seemingly emerged out of nothing, back then. It was supposed to be a new solution for gamers to properly chat with each other. It gained popularity quickly and people seemed to like it from the beginning.

As many other open source people, I am conscious of how companies, or whatever party is creating a product, earn their profits. That’s why I was following how the business is doing, instead of just blindly using their product without thinking about it.
Back then, as far as I understood, the company behind Discord was pumped with millions of Dollars of funding to make this Discord thing happen. They went big and succeeded.

So that was always their excuse for why they had money to keep the service running.

Few years later, people began to question how they still have enough money to keep this product not only running, but also continuously improving it. The excuse “our investors pumped us with money years ago” didn’t work so well, anymore.

A short time later, they said they are going to introduce emotes to the client, to earn money that way, basically to have a freshly generated excuse for how they earn profits.

It still took a long while after this promise for the emotes to be actually implemented, i.e. for the money to be generated in a way that seemed legit to a majority of users.

As far as I remember, that was about the time I started using Discord less and less until I stopped using it altogether, within a comparatively short period of time, well compared to how long I already used it before.

Every time such questions arose regarding financial support and how the hell they have all that money to do all the work out of nothing, it seemed like transparency was the last thing they wanted to manifest in their company’s practical philosophy.

So, after all this time I gained more and more distrust, until the point that I thought something is fishy about the organisation behind Discord, which lead me to not using their product anymore.

I haven’t used Discord in a long while by now, obviously. So, I don’t know if things have gotten better, but from what I have seen on accounts of other people I know, nothing really has changed beside the emotes being actually implemented now. However, I can’t imagine how they can stem millions of users per day, through a couple of emotes.
It always seems, like they are making money out of nothing.

I think I do not need to explain to this community why spending a majority of time talking about your personal life on a platform that is under US Law is a bad idea. You could pretty much use Facebook and be just as safe there.

The third political and philosophical reason is the fact, that again the average John does not understand how money, how capitalism, how pretty much the world works. They think “diisCoRd iiS FrEe”, because they don’t know, that if a product is free of charge, the user is the product. They pay with their heart and soul and don’t even notice.

This goes against my open source leaning philosophy. I rather pay for a service or just use an open source one. I do not use Freemium bullshit, that is sucking out my life essence every minute I am using it.

All the Freemium bullshit online services are basically huge data mining facilities, collecting userdata all over the globe, in immeasurable amounts, every single day. I do not want and cannot support such bullshit. Especially, I cannot support people who are stupid enough to believe, that something in our world “iiS FrEe”. Nothing is free. (Except libre products.

The fourth political and philosophical reason is the fact, that even if you have a huge server with thousands of people on it, you never “own” the server. If you have bad media attention in any way, for example, it might happen that some day you wake up and your server is just gone, because Discord’s people own all the servers and can do whatever the fuck they want with it. They basically can fuck your whole internet life and laugh about you, all legally approved of course.
This obviously leads to the YouTube-Problem.

You create a platform, where people are supposedly able to express themselves freely.
As long as your platform is small enough, the community grows, becomes extremely diverse, as everyone may express themselves freely, without fearing bans or blocks.
Years later, your platform is huge and you are made responsible for very few idiots on your platform, that might a little bit too harsh in their expressions.
To keep a share-holder friendly attitude, for generating the maximum amount of profit, you suddenly start to clean up your platform from those pesky evil evil people on your platform, which were implicitly welcome before.
You magically keep your image of a platform that allows freedom of expression (because the Average Joe is too stupid to understand how tides change) but in reality you cut off every not so nice and not so beautiful leaf off the platform-tree, even if the leaf is not really that bad, your premeditated obedience forces you to cut off ALL leaves that might theoretically express themselves not too nicely.
Then, your platform has mutated to a kitty cat and beauty make up centre, where only the “good people” are allowed to do shit, whereas all others are pretty much excluded from the beginning and the Average Joe does not even notice that.
To keep your tree cuddly and sweet, you constantly have to keep cutting the darker leaves, that don’t fit into the “the world is a piece of cake” image.

The fifth political and philosophical reason is the fact, that Discord has more or less become a monopoly in its field. I am sure, I do not need to explain why this is bad.

So that were the political and philosophical reasons.

All power the people my brother. Keep the faith. Thanks for sharing. Super helpful.

@Akito
OK, now what in the HELL is DISCORD??? It seems like the whole fucking world is in Discord!!

the whole fucking world is in Discord!!

what in the HELL is DISCORD???

Users create their own " server " (emphasis on the quotes…). Then, they invite people to that instance, where they can chat in a group chat fashion, similar to IRC, Matrix & XMPP, but more fancy and more user-friendly.

Needless to say, the project is proprietary, as much as possible. All communication goes through the NSA (i.e. USA), is not encrypted ever, etc. It’s a nightmare.

Basically, it’s a chat room on a global scale.

The following video explains how dangerous Discord can be and how it is perfectly suited for bad actors, malware and everything that can destroy your digital life. 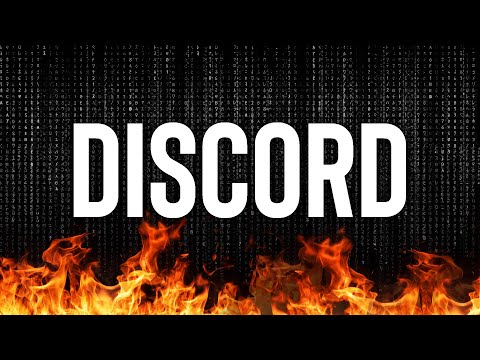 If you use Discord as your daily driver. Continue to do so…

…until you randomly get locked out of your account in the middle of the day, for no damn reason at all…

I use discord only on desktop and they locked me out twice, forcing a mobile phone number. The first time I had no issues circumventing it, stating I don’t use a phone and they removed the phone verification requirement.

The second time they wouldn’t budge, claiming due to “potentially bad actors” a mobile phone number was required to “verify” the account. I argued that it wouldn’t “verify” anything, since no phone number was ever associated with the account and asking for a phone number to “verify” the account ownership is like asking me for a fax number to “verify” the account - utter nonsense. (they obviously just want to harvest data, nothing to do with verification). Anyhow they wouldn’t allow no phone number despite me never using phone for discord, and I requested all personal data as legally entitled due to Art. 15 GDPR. I received my data (somehow without “verifying” my account via phone number), and checked thoroughly through all the logs and activity around the time they locked me out. Could be found in Trust & Safety, labeled tns. And then I saw they were bullshitting with the suspicious actor nonsense, even their own logs about my account showed 0 suspicious activity. It showed me trying to log in and me confirming log from the mail. all the data points they gathered (ISP/datacenter, operating system, language, locale, browser, browserversion, etc.) were in line with my standard previous usage. I told their support about this nonsense and they referred me to their “Trust & Safety Team” which never got back to me but 2 days later my account suddenly let me in without needing a phone number “for verification”.

I got locked out last night with the same bogus message.

I’d understand if discord was asking for phone # for verification from the outset when you first set up your account, but after 2+ year of use, that is highly suspicious on their end. I emailed them, telling them I fear that my account may have been hacked, and they respond with “sorry, but we are not removing the phone # requirement”. So I email them back explaining that I would not want to expose myself to further attacks if my account was hacked and for this reason I am not comfortable with providing my personal information. Plus if there were any “bad actors” as they called it, I would have already heard from my Internet Service Provider that my connection was compromised or sending spam messages. Since I have not, their entire line of reasoning for even instating this on my account is utterly bogus. 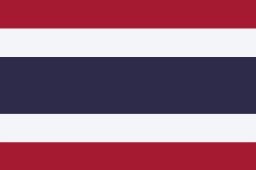