Try out distros online with DistroTest

upfront disclaimer: i just tired taking manjaro xfce for a test drive and it was unusably slow

i came across a reddit post last night with a link to a forbes article about an interesting new (to me anyways. not sure how long it has actually been around) online service called DistroTest that allows users to test a distro online they might be considering installing without having to download an iso then fire up a live usb.

even though my first test wasn’t the greatest, i thought it might be an interesting link to share since i was trying in the middle of the afternoon on a weekend. the forbes article explains that their first test worked just fine, but after publishing the article things slowed down to a crawl from the added traffic and attention. the article also mentions that the session can be run on a locally installed vnc client which might be a smoother experience because it has the potential to take some load off of the online environment.

the site says it has 223 operating systems with 689 different versions. i decided to check out manjaro which offered two different de’s and two different release versions of each of those. 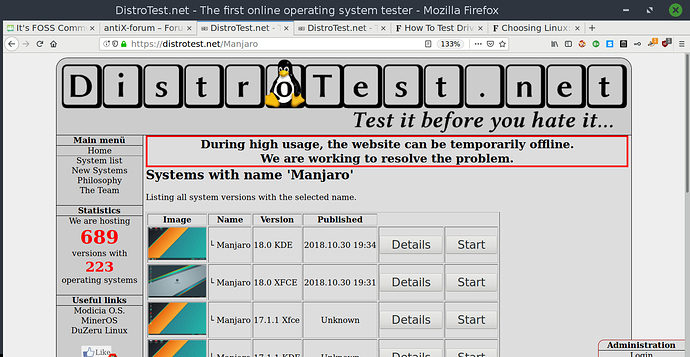 Thanks - Great find, will have to take a look at it 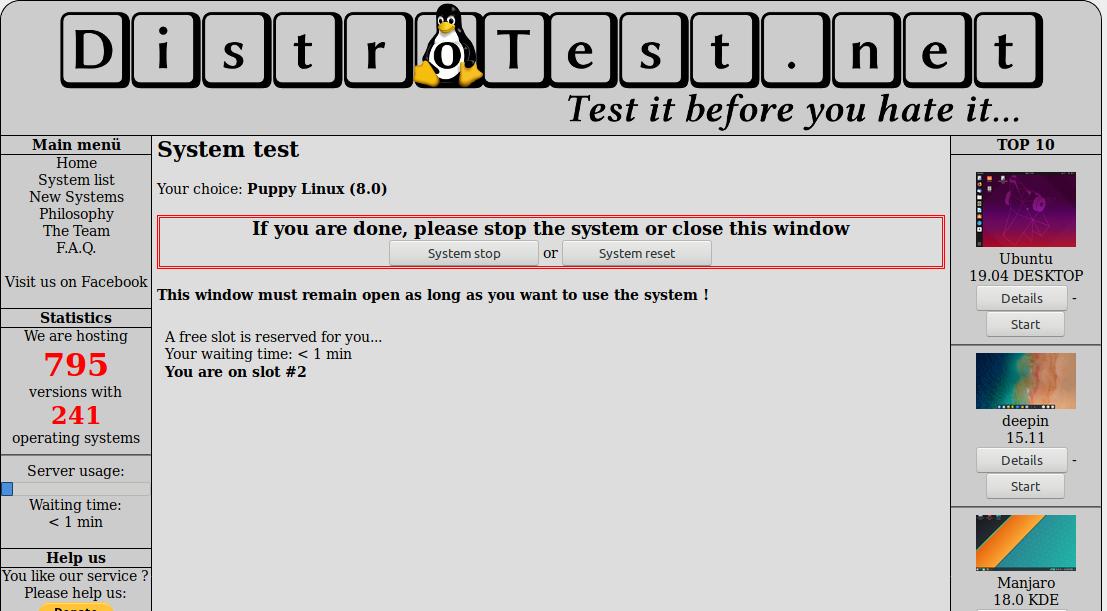 distest.jpg1107×611 82.4 KB
OS’ to no avail. Emailed them and their response was that their servers were overworked.
3 Likes