I am trying to recover data from an broken old Dell pc that has an IDE 128GB hdd.

I purchased a USB 2.0 to IDE cable, with a power supply to plug into my linux machine.

The confusing part of the instructions for me is that I am taking an hdd from a broken computer and have no way of verifying Master/Slave status until it is paired with my functioning pc. I had to do steps 3 and 4 first.

I can feel the head spinning on the hdd so I know that it has power.

However, the instructions appear moot because my linux machine is not recognizing the USB connection(tried multiple USB ports).

Any suggestions on how to get access to the data trapped on the hdd would be appreciated.
I recovered data easily from a broken laptop hdd using a SATA/USB cable and was hoping this IDE/USB would be just as easy.

This is relevant, only if there’s a jumper to set. 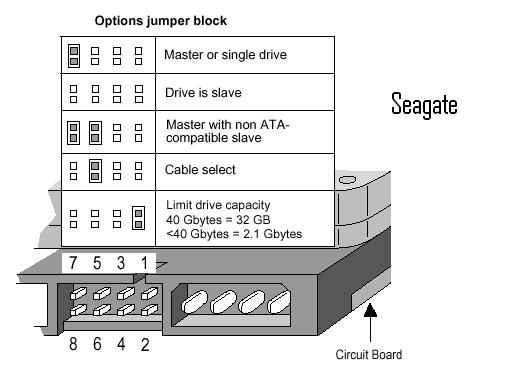 Mina you are brillant. My drive looks exactly like the picture. There is a setting sticker that I never noticed until your post… 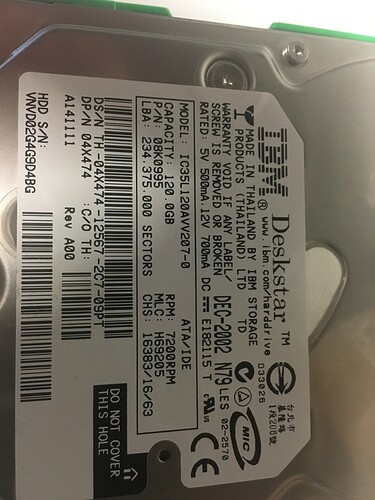 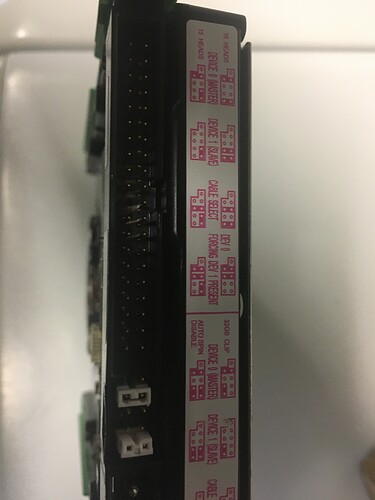 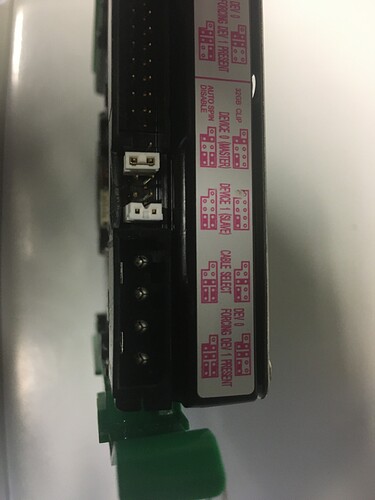 I attempted the 16-head setting and the USB connection was never recognized.

Hello.
Nice to have some ancient knowledge back “in action”…
On the label (pic 1) there is all you have to know about the hdd. In ancient times these were the infos you had to pass in the BIOS to get a drive to work…
“C/H/S” reads “Cylinders/Heads/Sectors” → 16 heads.
[Edit: Corrected “Clusters” to “Cylinders”]

And you go with just the two jumpers as seen in the icon (pic 2) one leftmost, one rightmost.
That should do the trick.

Thank you for letting me leverage your ancient knowledge to supplement my ignorance.

I’m happy to report that you and Mina resolved this issue and I was able to recover some treasured 20 years old photos.

I am very thankful to you both and I hope you know what a nice thing you have done for me.

Thank you for letting me leverage your ancient knowledge

I guess, this was probably the last time, I/we could use it.

Time for the memory dump.

I guess, this was probably the last time, I/we could use it.

Yep…
Simpler times they were… 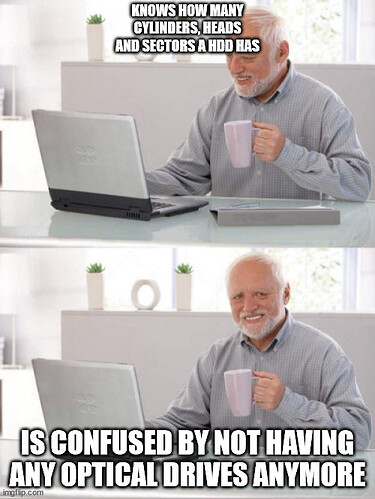 BTW: I wonder why this site doesn’t support animated webp images - only gifs.

I recover data from an old IDE drive by using an All-In-1-Docking device , nowadays a low-cost item.

I recover data from an old IDE drive by using an All-In-1-Docking device , nowadays a low-cost item.

Indeed, can recommend such device, as well.

Nice to know that I’m not the only one. Sometimes I feel like a dinosaur going way back with my computer experience.

We moved last year from Malta to northern Spain and left much of the really outdated stuff behind. Packing and shipping was very limited in the middle of the pandemic.

Among the discarded stuff were even several packs with 3.5 floppies. One carrying Norton Utilities, and another had MS DOS 3.3 & 5.0.
I still recall the time when my first laptop had a “large” HD of 20 MB capacity.

Kicked Windows finally off my PC last spring, and switched to Linux [Mint] instead.
Old DOS commands come in handy, but I still feel like a rookie when it comes to the deeper understanding and handling.

I work in dos everyday, but I’ll be going Linux soon on a new build! Windoze is el crapola for the most part - especially 32 bit win 10! I’ve used both cables and docks for the same thing, trying to keep an old cad system going.

I actually had to recover pictures off of one of those relics for my neighbor recently.

@Martok
Totally off topic, but just before seeing your post, I had watched the DS9 episode where Martok replaced Gowron as chancellor of the empire…

Qapla’ Mina! One of my favorite shows.