Was delivered about 3 hours ago… dithered about at first… 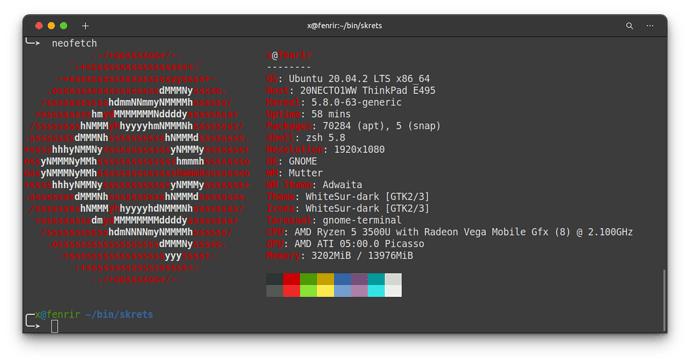 Next payday I’ll probably order 2 x 16 DDR4 for it - compromise between cheapest and fastest - probably $240 (AUD)?

I know a bit about NVIDIA cards, but I’m really a n00b in terms of AMD stuff. I can’t tell you a good recommendation from experience.

However, since I can roughly estimate what each GeForce card is able to do, I would look onto a list like this: 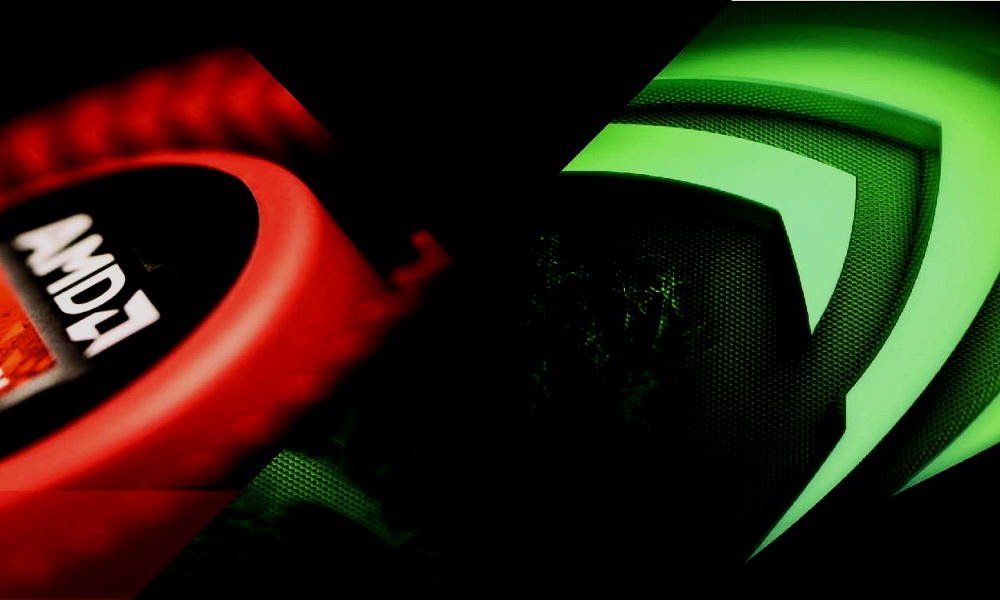 Though, it’s important to note that the GTX16** series is specifically designed to be a budget friendly card with very good power to price ratio. If there is no such card in the AMD set of cards, then probably it’s not too wise to just look at the equivalent AMD card in terms of power, as perhaps it might be just as expensive as a better AMD card. Who knows.

Therefore, if I were you, I would look at these cards, based on the list linked above:

According to the list, they are roughly together in one spot. If you look into this area and choose one from this spot, I think you’ll be fine.
Before deciding for a specific one, I would recommend checking some weird limitations for each card, that of course aren’t mentioned on any product page. You would need to look on fora where people already bought the card and found something stupid about it.
I remember when people back then complained about the GTX 970 4GB having “fake” 4GB, as the 4GB was in some way split into 2x2GB. I only found out about that after I bought the card.
Never noticed a bad thing about this, but still – it is good to know such things, just in case.

Having second thoughts (about switching GPU)…

I want something that’s more geared towards gaming, and with these ongoing shortages, I reckon I’d be looking at $1000 ballpark for something comparable, and I just couldn’t spend that much… $1000 to me sounds like TWO PLAYSTATION 5s!

I might investigate getting a 2nd hand one off e-bay if I can source locally (f–k international shipping!). 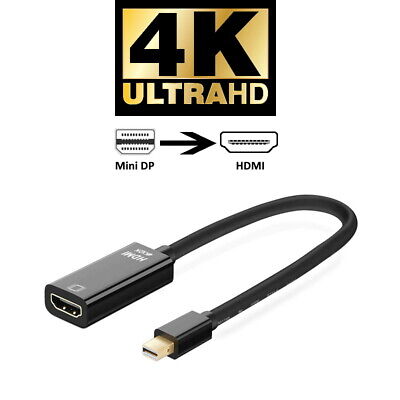 If you buy a new computer and remove the supplied operating system then it goes wrong are you still covered under the sale of goods ?
Here they offer a 2 year cover on return to base
I always hesitate on a change or upgrade to linux

goes wrong are you still covered under the sale of goods

Not worried about that - no warranty anyway - e-bay purchase… I didn’t even try to boot the Win10 installation - I just wiped it… If it had been a new purchase from Lenovo, I’d probably have backed up the system restore partition elsewhere in case I needed warranty support…

But in this case, I didn’t even look at the Win10 installation - just formatted over the top of it…

Update : file this under “tiny tips”…

Don’t try and switch between wired and wireless internet (i.e. undock a laptop) in the middle of a “do-release-upgrade”, Ubuntu doesn’t like it, it doesn’t break anything that I know of, but you can sit there waiting for “Looking for a new Ubuntu release” to progress for a very long time 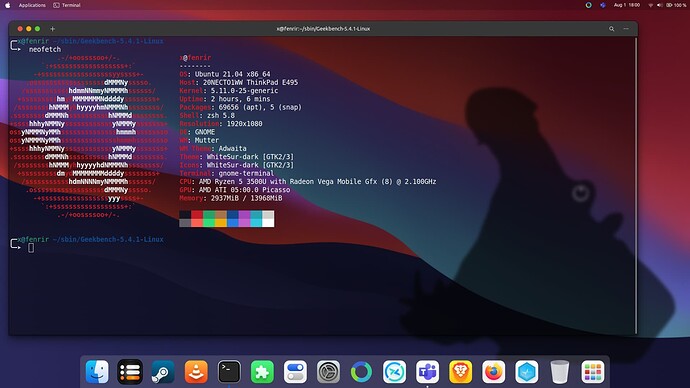 Plus also - my 1 TB NVMe got delivered - so it was either clone non-encrypted ext4 - or install from scratch, I went for the latter.

I need encrypted system disk (easier to do during the install - than after) - and thought - let’s check out encryption on ZFS system disk.

First time I f–ked up by NOT reading the WHOLE of the howto from this page :

There were 4 lines I was supposed to insert in /usr/share/ubiquity/zsys-setup, which I omitted, and naturally enough, Ubuntu 20.04 booted up with ZFS root, but no encryption.

Second time around - I decided to enable SSH during the install process so I could tweak stuff remotely (i.e. with the intent not to make mistakes by pasting strings from a text file - instead of manually typing them).

Saved it - let the installer finish, rebooted - get prompted for my decrypt passphrase and I’m in…

Eventually got all my software I need (mostly work stuff like VPN client, ~/.ssh/config configurations for customers, remmina profiles for RDP to customer sites).

It went swimmingly last time around - no reason why it shouldn’t again, running on top of encrypted ZFS partition…

There might be some overhead running encryption - after I’m done here - I’ll run geekbench and see if encrypted ZFS storage has a performance impact, I expect it will be barely noticeable.

Above has taken me about 4 hours all up (but also doing work tasks at the same time on my other computers).

Back when I encrypted one of my ZFS storages, I used this guide:

How-To: Using ZFS Encryption at Rest in OpenZFS (ZFS on Linux, ZFS on...

An upcoming feature of OpenZFS (and ZFS on Linux, ZFS on FreeBSD, …) is At-Rest Encryption, a feature that allows you to securely encrypt your ZFS file systems and volumes without having to provide an extra layer of devmappers and such. To give you a...

Not sure if there are differences in the encryption methods presented, but the encryption I use is encryption at rest. So the overhead comes to play when you put the pool to rest.

Proof’s in the pudding? Running my “/” as encrypted ZFS I get marginally better benchmarks :

I expected no or almost no difference, as there is no encryption when the system is simply running. It only happens when you put it to rest, i.e. like before plugging out the pool. At least, that’s how I understood the encryption at rest method that I used on my pool.

Guess where I find myself after a day fruitlessly searching for the perfect distro?

I WILL NOT be doing a “do-release-upgrade” to anything while 20.04.x LTS is still in support on this machine!

Let me jump in here… On the " 1 TB NVMe," I wanted to put one into the used Thinkpad but need to find an adapter to the SATA interface for it. I found a card that accepts either of the 2 formats but won’t fit the SATA ! Has a bump in the wrong place… 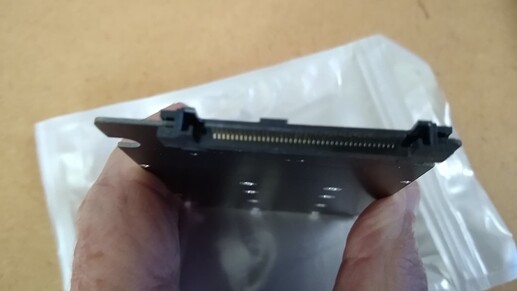 I think that “bump” you’re talking about is the difference between mSATA and PCIe or NVME… right?

You might be able to get an M2 SATA to SATA adapter (which you might have?) - but you need an NVME adapter?

I’ve got one somewhere, that will do m2 and PCIe I think? it came with a USB SATA adaptor to hook up laptop SATA SSD and HDD’s… No idea where it is now…

Hmmm… I seem to remember M2 has two “nicks” in the contacts, whereas NVME has one “nick” (with a corresponding “bump” in the thing it plugs into)…

It was billed as an SATA adapter: 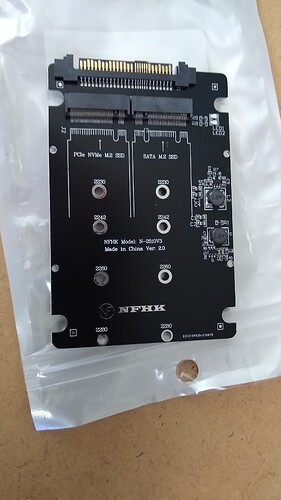 What Is The Difference: M.2 SATA SSD Vs. M.2 PCI Express (PCIe) SSD

What is the difference between M.2 SATA SSD vs. M.2 PCI Express (PCIe) SSD? Which one is the right choice to pick to upgrade internal storage?

It was billed as an SATA adapter

This is easy to confuse, because most people mix up the way they think. For example, if you buy a VGA to DVI adapter. Does that mean you attach that adapter to the DVI port of your graphics card and the VGA port on your display’s back or the other way around? This type of situation gets mixed up all the time.

Rarely, it also gets labelled the wrong way. Usually, it gets corrected quickly, though.

It’s important to always look at actual pictures of the product, before buying it. Then, comparing the picture to what should be in the picture. If both match, it should be good to go.

The second one will not work, unfortunately…Due to the NGFF interface, no PCIe. The first one accepts either the M or the BM style. Those above being BM

This may be all moot: the T460 bios does not have much fan control…Only the cpu using extra threading will advance the fan speed, if I read correctly. So the extra heat of the NVMe M.2 may be shortening the longevity overall. Decisions! This may be a circumstance where being conservative is the better approach.

no encryption when the system is simply running

I noticed some severe degradation when I was trying to sync (using Resilio Sync) ~200 GB of data onto my ZFS root pool, and getting serious slowdown, unresponsive, and a whole bunch of “z_wr_iss” PIDs eating great chunks of CPU - unusable…

I killed rslsync, and got everything back, then re-enabled it again (rslsync) when I went to bed…

I used this thread as a partial reference to let me do it all again, and all good (ZFS encrypted “/”)…