It was all fine with 18.04 LTS. But an upgrade to 20.04 LTS had made system too slow. For example firefox opens after two minutes. Libreoffice takes almost 11 - eleven - minutes. Why so?
Even now when a reboot is done using a bootable usb with 18.04 LTS all is as was before.
How to solve this slowness and freezing at times too

We need to know what your system looks like processor, ram Etc. Which Ubuntu desktop are you running you may benefit from using XFCE or Even KDE instead of Gnome on your machine. There may be many reasons. But most times it’s the machine can’t handle what your trying to do. I usual recommend a clean install of newer versions also because upgrades tend to make the system a high-bred that no one can figure out and a lot of old stuff is left over from the previous install. Good luck in sorting it all out.

I like @kc1di reply, but if a clean install is not right for you at the moment …
Restore your 18.04 system. It has over 2 years of support left.

Now that’s definitely not normal. Are you sure it is 11 minutes, not 1 minute?

Also, what is your system configuration?

Thanks for the support.

@duduruna Something is severely wrong with your system. I would consider 11 seconds way top long to start LibreOffice, even on an older computer. Ubuntu 20 in itself can’t be the root of the problem. If I were you, I’d backup my personal files and do a clean install.
I don’t have plain Ubuntu, but I use Kubunto 20.04 LTS which shouldn’t be too different, apart from the desktop which is KDE instead of Gnome.

On my desktop PC which is very fast, LibreOffice starts instantly, on my laptop which is a used one from Aldi and not a real runner, it still takes less than two seconds.

What can I say? You placed yourself in what the old saying goes “between a rock and a hard place.”
Meaning, I don’t know if I can give any good suggestion. First of all, Please learn from this.
ALWAYS – Take a backup before making major changes to your system. If you don’t know how, learn how to do it.

I’m only using one of those systems right now, but it works perfectly, it’s my gaming desktop :

It ONLY runs Ubuntu, I don’t dual boot.

Next time I get around to installing Ubuntu, on this desktop machine, will probably be either 20.04 directly, or, 22.04 (if I can figure how to stop : 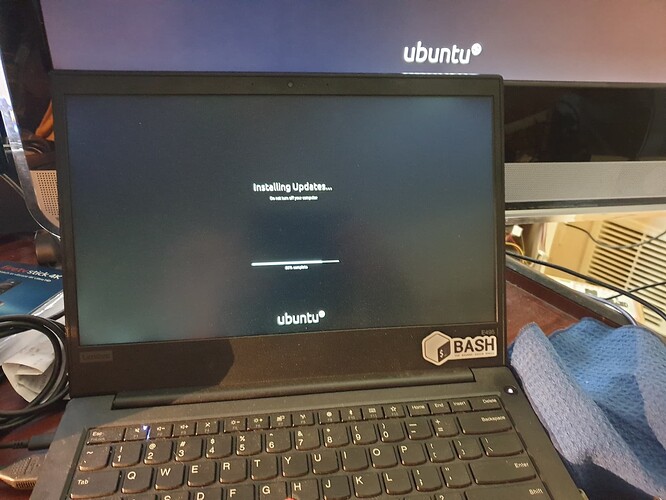 I almost never advise upgrading from one major release to another. I backup my important files and try a clean install of 20.04 see if things improve. If not go back and do a fresh install of 18.x.
and if your using any snap packages don’t. find the actual install .deb files and install them instead.

I almost never advise upgrading from one major release to another. I backup my important files and try a clean install of 20.04 see if things improve

On my desktop, I’ve been doing release upgrades (Kubuntu) for more than 10 years, always latest 1 or 2 months after they get released - no fresh installation ever. Even, when I switched the metal, I just cloned the old system and continued.

No hassle, ever. Perhaps, I was just lucky.