Soon Ubuntu 21.04 will be available (today the Beta release) and it will come default with Wayland, Xorg is still available though.
My question is, why should I choose for Wayland or Xorg? Is Wayland better than Xorg? BTW I am working with Gnome on Ubuntu20.10 now, soon U 21.04

Is Wayland better than Xorg?

Absolutely. It also has improved very much over the past 2 years, so if you read some old articles saying that it’s not ready yet, then be assured that this changed by now. You can use it as your daily driver.

The extremely short summary of how Wayland compares to X:

Wayland is in every possible way better than X. 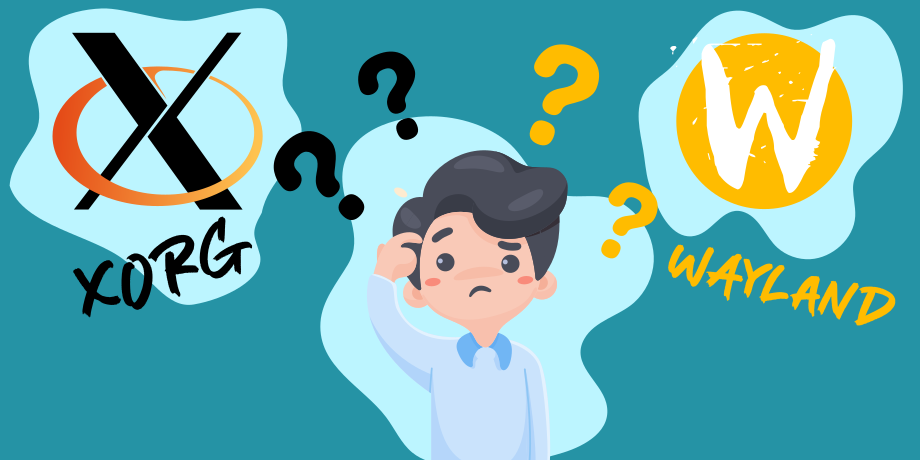 Have you ever wondered what exactly X server, Xorg, X11, Wayland and stuff like that does? Wayland vs Xorg. This guide is for you.

Display server expert Daniel Stone explains what is really happening with the future of graphical display protocols on Linux.

Why is Wayland better?

Wayland is the replacement for X.

thanks a lot for the clear and informative information. looking forward to Ubuntu 21.04 where Wayland is default.

My answer : If everything works in Wayland - then keep using Wayland?

Me? I can’t run wayland for some reason - probably proprietary NVidia drivers… I dunno… not particularly bothered… supposedly my favourite dock (plank) doesn’t work in wayland (it didn’t, the last time I tried wayland - I think that was on Fedora about 3-4 years ago)…

If elementary decide to go Wayland, I’m guessing there will be some impetus to get plank working on Wayland…

If elementary decide to go Wayland, I’m guessing there will be some impetus to get plank working on Wayland…

Not an expert myself, but my friend who is an avid Wayland lover (he convinced me of how great Wayland is, as is seen in my previous post) told me that there is a new feature in Wayland, that enables emulating (?) an X server (or some other X thing), which allows you to use any app, regardless of its Wayland support. That is one of the major reasons why Wayland can certainly become a daily driver.

So, theoretically, all you would need to do is run Plank as an explicit X app in your Wayland environment. Then it should work.

Just gave it a test drive on a Dell Laptop using Intel GPU - Synergy runs, claims to be running, but it’s unusable… I was preparted to do without Plank and start using the Gnome extension “dash 2 dock”…

I pay for this product - Symless have been hiring developers over the last 12 months, you’d a thunk they’d a sorted this by now (found an article asking about Wayland support for Synergy from 2017 - still no go!)… 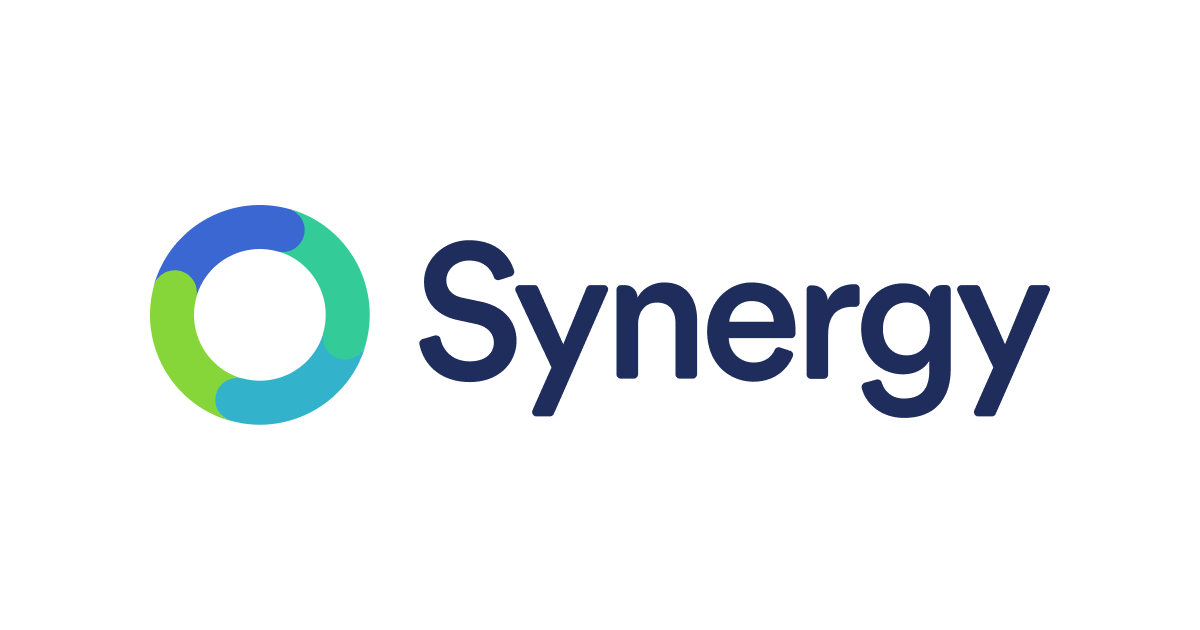 you’d a thunk they’d a sorted this by now

Indeed, this often happens. However, you usually cannot look behind the curtain, as in what is going on internally in the company. Perhaps they had to fix other failures, that were more urgent.
There are also many companies that live in the stone age and just because it “works” today, they do not see a reason to change.

So I could imagine that they are looking at the amount of users actually using Wayland and perhaps think “we still have time” or something like that. Who knows.

I know, it’s not a solution for your situation, but I want to point out for potential future readers, that there are also hardware based solutions to sharing a mouse and a keyboard between computers, seemlessly.

hardware based solutions to sharing a mouse and a keyboard

Been seriously looking at investing in a DIY IP based KVM (via Raspberry Pi) - will need VGA on at least one of them - mainly for my NAS - but maybe not - I hardly ever reboot it - haven’t rebooted FreeNAS since I upgraded it from 8 GB non-ECC RAM to 16 GB ECC - ZFS LOVES IT - 85 days ago).

I was using it for a while with Dex on my Android phone… it sorta worked - but no clipboard sharing (Synergy does clipboard sharing too! Select some text into the X select buffer, mouse to another screen+computer and middle button paste). Logitech do have a solution for shared clipboard too - but - BIG CAVEAT - it’s Windows and Mac only! Not that there’s any Synergy on Android - but - I tried the same setup across a Pi and X86 desktops - no sharing clipboard - of course - never expected it work…

Also - my current favourite keyboard is my Lenovo Thinkpad Keyboard with Trackpoint - got the latest model version 2 (not cheap - but worth every cent) - it supports both Bluetooth and 2.4 Ghz dongle, and has a toggle button to select either / and / or bluetooth or dongle, and/or Android vs PC… but it doesn’t really play well if switching back and forth, and Lenovo need a few lessons in usabilty - the switching button is a PITA to try and find (Logitech make the effort simple and no-brainer). I use the USB only version of this keyboard at work… Love the trackpint on my keyboard (I’m a keyboard warrior / worrier after all) and having a middle mouse button on my keyboard - prefer to use the mouse as little as possible…

So - long story short - I think I’ll continue to “need” synergy for the forsee-able future… and I probably won’t try the fork of its OSS version (Barrier?) because I paid for Synergy and it works just fine on X86 Linux x11/xorg, Windows 10, (even Mac OS X sometimes when I boot one up), and Raspbian desktop - and the 1.4.x client on things like 1.4.x client on Jessie ARM NTC C.H.I.P. too, even against server running 1.13.0…

As far as I remember, that is the one that my friend uses with Linux. So it is definitely confirmed to work properly on Linux and Wayland.

confirmed to work properly on Linux

Can’t go wrong with UGREEN stuff, plug n play. Been using their stuff for years, simple design and some of their leads might not look up to the job or may look flimsy, but I can assure you they are tough. I have UGREEN display port leads, HDMI leads, Ethernet Leads, Phono Leads, Headphone extension leads, USB Extender
You really can’t go wrong with this company and even though in many of their products it says Windows Mac PS4, XBOX, Support, but they work fine in Linux. I am pleased with Kernel 5.0 and upwards, as I managed to find a art pen and tablet that works straight out the bag in GIMP. For years having to shop around making sure that hardware has Linux Support, but Kernel 5.0 and upwards has the drivers already built in. I love it when Linux always says yes I can, the majority of the time.
My Art pen and Tablet

Hi all, I am using this one :
http://www.pwaytek.com/en/product/product-PWSH0201K.html

I share a screen, keyboard and a mouse betwwen 2 computers and can switch between the 2 computers without problems.

I used those hardware switches in the past, was not disappointed, but had no reason to use it furthermore.
I used Synergy for a while, switched to Barrier now.
https://kvm-switch.de/en/

[Edit: Changed german links to english, totally forgot that there are not much germans here (I guess)]

Works fine - tiny bit of lag - but I’m using it across my Macbook, my Ubuntu desktop, and my Fedora Laptop… There’s virtually no lag switching between Mac and Ubuntu desktop, the lag is more noticeable on the Thinkpad running Fedora… even has a remote control…

So - when I finish up my current job, I’ll be re-formatting my AMD Ryzen 7 “gaming” PC with Fedora 35 (or 36) and trying to get Wayland working on it with Proprietary NVidia drivers (longer term plan is to go for a Radeon and use OSS GPU drivers) and I can re-enable Wayland on the Thinkpad, and start using “gestures”…

Bizarrely, I am, not, nor will I ever be, ready to talk to a computer, you can take your Alexa, your Bixby (what a SHIT name!), your Google Talk and your Microsoft Cortana (sounds too much like Cortina for a start) - and you can shove them somewhere where I’ll never have to see them again…

short summary of how Wayland compares to X:

I recently did an install of KDE5.24 in Void Linux
It set up a Display Manager screen ( ie sddm login screen) with a menu in the top corner offering a choice of X11 or Wayland.
I initially chose X11.
I tried Wayland later on, and it seems to have a peculiar idea of displaying Konsole windows all 1 inch high and centred. Other than that it works equally as well as X11. I am in it now writing this. There is some peculiar blinking cursor, in addition to the mouse cursor, bouncing around my screen! It follows the real cursor like a ghost! All is not perfect but it is usable.

So it is possible to do an install that gives you a choice - X11 or Wayland, at least with the latest KDE.

And … when I dropped back to the Display Manager, and changed back to X11, and logged in again, all my previous session windows were missing. So Wayland interferes with X11 session management. Neve mind, use one or the other, dont swap.

And… If I logout or restart or halt from Wayland, it loses control of the cursor pointer on the final logout screen. X11 works fine on logout…

Your observations regarding Wayland are correct.

The goal of Wayland is to replace and remove X11 entirely, as it is an antiquated technology from pre-stone age, so to say.

For example, the Display Manager setting that allows you to switch is mainly there for Testing and Development. It’s not intended to be used by end-users. In the future, it should not be switchable, once X11 is finally gotten rid of.

The goal of Wayland is to replace and remove X11 entirely, as it is an antiquated technology

Makes me feel a bit sad about X11.

That said, I had a lot of trouble in my Linux life, because X11 is just bad in so many ways. For example, setting up multiple screens on a computer can become a huge pain.

In short, there are a lot of reasons, why Wayland exists. These reasons mostly describe how bad X11 is.