This is a new poll added because @SameExpert listed the browsers

If you also use browers which are not listed, comment the names, I will surely add them!

My favorite browsers are not listed

Sorry that I did not list your browser.
Please state the name of the browser.
I only listed the common ones.

It’s hard to list every browser especially when there are plenty of browsers and plenty of their forks. No need to be sorry

By the way I use FireDragon in my PC and Angelfish in my mobile.

Added a pole for the browsers you listed.
Sorry because I am not able to add them in the main existing poll because it is not allowing me to edit that pole.

Thanks for adding. By the way that was not at all a serious request.

Edit: Opps, I see one more vote there

Yeah I voted for FireDrgaon just for TP

I went with Vivaldi, The ability to use chrome extensions, tab stacking, side by side browsing,Built in ad block blocks ads on youtube(not sure for how long lol), and the list goes on. some might say its a bit bloaty but all most every feature they add to it is super useful. Just wish it didn’t default to worthless bing upon install.

Best by far is Slimjet, not even listed!

firefox is a clear winner!

A word to Vivaldi:

I like the interface and the features. A funny detail is that it offers Swiss-German as installation language which, I think, is very cute and funny. 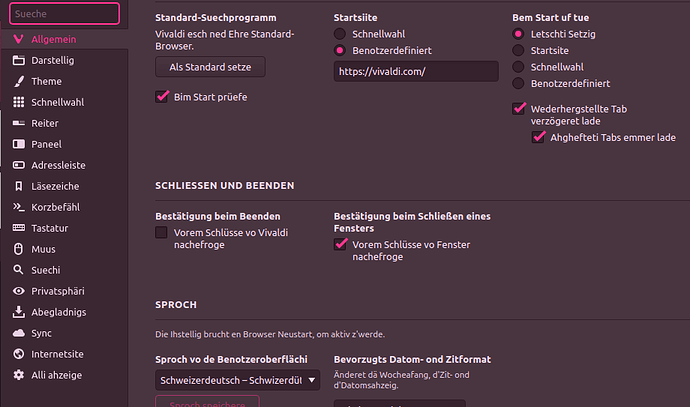 After installation, I made it my default browser for a couple of weeks. I don’t think, you can’t judge fairly a product you use as much as a web browser if you just play around with it for a few hours or days: What we like or not, depends very much on what we’re used to.

I appreciated very much the clutter-free interface and the tab stacking. Still, there were some annoyances:

Based on these experiences (which aren’t huge), I decided to return into the fold, i.e. to FF.

A word to Vivaldi 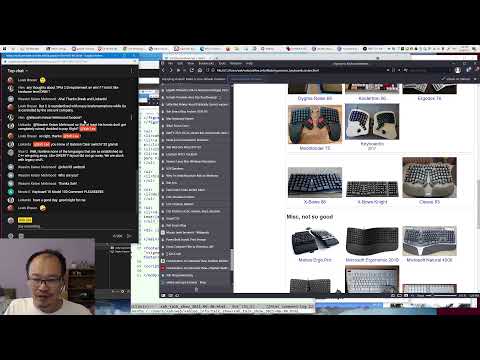 Xah Lee is an extremely smart guy, but sometimes, he can wrack your nerves: 5 fucking minutes or so for saying “it’s not open source” and “it doesn’t support swiping for history” is way too much.

Where’s Xah Lee been all my life?

There is WAY too little swearing in IT… and the Linux Foundation trying to stifle Linus Torvalds’ fondness for >insert grawlix here< ** probably won’t make Linux any better (and maybe not worse - it’s just a dumb political lip service horse trading bullshit distraction). 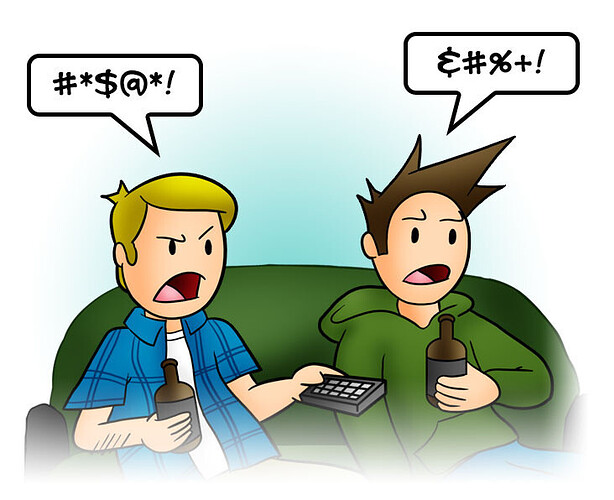 I won’t follow any of his powershell stuff. I won’t advise against anyone using Windows - but I won’t because I @#%!&-ing hate using it… maybe it’s my left handedness? My autism spectrum? ADHD?

And I’m no zealot for Open Source, I just bought into the whole closed source Apple ecosystem

And yeah Microsoft chuck way more into OSS than Apple (Azure would fall over tomorrow if it ran Windows NT sh!te).

Hmmm - does Xah have Tourette’s?

… Most of the stuff I watch on youtube is doom metal and doom/drone music, hacks for things that are automotive related - but not very much opensource (see below - digression** ) or IT :

** BTW : one of my favourite series of lectures is Bryan Lunduke’s “Why Linux Sucks” series (the “sucks” bit is facetious and deliberate) - but he doesn’t cuss nearly as much as a Xah Lee (but not all of “Why Linux Sucks” is available on Youtube)…

5 fucking minutes or so for saying “it’s not open source” and “it doesn’t support swiping for history” is way too much.

I already expected, it would be perceived as such, when I posted the link.

I didn’t have it as extended in my mind, before I searched for the timestamp today, because I was originally watching the stream while doing something else, so it didn’t bother me much.

All that said, I fully understand it can be quite annoying, sometimes. However, it’s worth the fun, for most of his viewers.

I really admire Lee’s passion and his knowledge and for a while, I used to watch a lot of his videos, but after some time, the lack of editing of his videos, drove me nuts.

I agree with you, @daniel.m.tripp : We don’t swear enough. It’s good to be passionate and to express it properly.

I don’t think so, because he never swears randomly, but surely he’s very deep into the autism spectrum.

yeah - definitely tourettes - but I love it!

I wish he knew one interesting fact - during the “Browser Wars” - i.e. IE vs Netscape - IE was a port of the source code Mark Andreason did (Mosaic) at Uni and the Uni licensed it (to companies like Microsoft) - while Mark went on and developed Netscape (I used Mosaic at Uni on a Mac before I ever used Netscape, but I think I used Gopher and Lynx and Pine in a UNIX terminal before I ever used a GUI internet app - it was a while ago) - anyway - I digress :

web applications like Limewire and Kazaa, that one could easily run in a data centre

I like his (Xah’s) opinion on C… I flunked C at Uni (I stupidly picked a Unit that combined C and C++) and didn’t bother ever repeating it (I never finished Uni)… And of late i.e. last few years - I’ve tried (not very hard) to teach myself “GoLang”. The stuff I’ve followed looks way more straightforward than my “jump into the deep end” and learn C and C++ at the same time!

Here’s what I HATE about C (some guy who wrote a scathing [but tongue in cheek] condemnation of “UNIX” also wrote a pretty funny, similar, critique of “C”).

Anyway I went to a lecture on C during the start of the semester (circa 1993), the lecturer was American, and he asked the lecture theatre something like “what’s the difference between Pascal and C” - and one student was brave enough to pipe up “Pascal is easier to read and understand” and the lecturer (he had a continual “frog in his throat voice” - me and my mate called him Kermit) shut him down straight away, but the lecturer’s very abstract argument was that a computer finds reading C easier than Pascal - f-king tosser!.. What a f-cking monumental condescending knob that seppo (rhyming slang for “Yank” - i.e. yank rhymes with “septic tank”) really was.

Anyway - never finished Uni… the only coding I do is shell scripts (and very occasionally Puppet manifests or Ansible playbooks) - but some of that shit at Uni helped me code better IMHO… But what helped me most of all, was learning to touch type in the 1970’s at high school!

And the closest I ever got to mastering “C” was the very C like scene description language (SDL) of PovRAY 1.x Raytracer… I created several complex scenes and renders using the POVRay 1.x SDL (and rendered them on a DG-UX UNIX system with dual 88010 Motorola RISC processors) - but then the bastards completely revised the SDL for POVRay 2, and SDL for POVRay 3 is similar, but I never got my head around either.

– side note –
F–king youtube quietly turned on “autoplay” recently for f–king everything - you have to go to the bottom of nearly every video and turn it off now - I F–KING HATE AUTOPLAY! e.g. I’ve got 55 browser tabs open a 7.1 soundbar connected, some of my biker mates are visiting and Taylor Swift comes on!

- much easer to pull the power from the wall outlet than find the tab that kicked in autoplay (and hope like hell it’s a desktop computer and DOES not have a battery!).

“Pascal is easier to read and understand” and the lecturer (he had a continual “frog in his throat voice” - me and my mate called him Kermit) shut him down straight away, but the lecturer’s very abstract argument was that a computer finds reading C easier than Pascal - f-king tosser!.. What a f-cking monumental condescending knob that seppo (rhyming slang for “Yank” - i.e. yank rhymes with “septic tank”) really was.

Because humans should accommodate to the computer, instead of the other way around… Right… No wonder this elitist was a lecturer!

And of late i.e. last few years - I’ve tried (not very hard) to teach myself “GoLang”.

It’s one of the languages Xah Lee recommends. However, he always takes into account, how much a language is worth on the market. For example, Lisp can make you smarter, but you simply won’t find a job where Lisp is needed.
However, with Go, you will find a job pretty easily.
Just look at Kubernetes or Docker. These are HUGE projects, that are entirely written in Go.