Battle of the DEs

Discussion regarding the uses and advantages of different desktop environments on Linux.

@Akito Thanks once again for your help

Hey ALL Fossers a friend and I were starting to clog up another post so Akito has created this topic for us so that ALL are invited to add their views on the functionality and tweakability of various DE Desktop environments.
Perhaps start here……

What Is Your Favourite Linux Distro, And Why? Discussion

Mine will always be Peppermint OS, which has a very warm place in my heart. I even use my own theming based upon Mark Greaves’s theme here in Linux Mint 20 XFCE edition. I changed the color around in Gimp. Gif below of what happens when left clicking off and back on window. I love the XFCE environment because it’s fast and so customizable. [Window theme]

Any views or tips would be most welcome as I have never tweaked a single DE item.

In my life, I have tried pretty much all the popular DEs that are generally known by Linux users. I don’t know any popular ones that I did not try, at some point. I see, that there are other DEs I did not use yet, but these are very niché and rare. Barely anyone knows them.

I can give very short comments on the experiences I had with desktop environments. When reading them, please keep in mind the entire time, that I tested these desktop environments years ago, so they might’ve improved over time and fixed the issues I experienced a long time ago. Additionally, I didn’t test every single one to the full extent, as I sometimes only checked them out for a very brief amount of time and then dropped them rather quickly.

I probably tried a couple more niché DEs, but I don’t remember my experience with them anymore.

I have used KDE for a decade or so. I tried XFCE years ago, but always went back to KDE.

I actually miss Unity - loved it when it came out - stuck with it through the years, could never understand all the fear and loathing levelled at it… Used it till boobuntu dropped it like a piece of used toilet paper… oh well…

And no - I’m not going to try the various remixes that maintain Unity… tried them… Unity has a lot of hooks in Gnome, and all the “widgety” stuff I like in Gnome 3.28x and later is not available in Unity… so… stick with the “tried and true”… stock Ubuntu does everything I need for work and play, with minimal tribulations…

Here’s my favourites in order (not necessarily usability)

I did recently give KDE Plasma a spin (I think it was KDE Neon) - and I was impressed, because I remember loathing quite passionately, KDE back when it looked like Windows 98 or ME… but still wasn’t ready to commit…

I am also on KDE/Plasma, but I am afraid that in my case it might be that laziness is as big a factor as the DE’s merits.

I have been using KDE ever since it came out in 1998 or so. At work, it was mostly Gnome and despite its good looks, I always liked the suite of K-apps, even switching my preferred text editor from Emacs to Kate.

I have been flirting with other DEs, but in the end I always came back when I missed certain features.

Hi @TrekJunky and @Mina Great to see you here.
Not wishing to ruffle any feathers by using consensus word

could you guys give a few examples; with screenshots would be cool

Can you get close to the control or customisation of MATE Desktop Environment 1.12.1

with screenshots would be cool 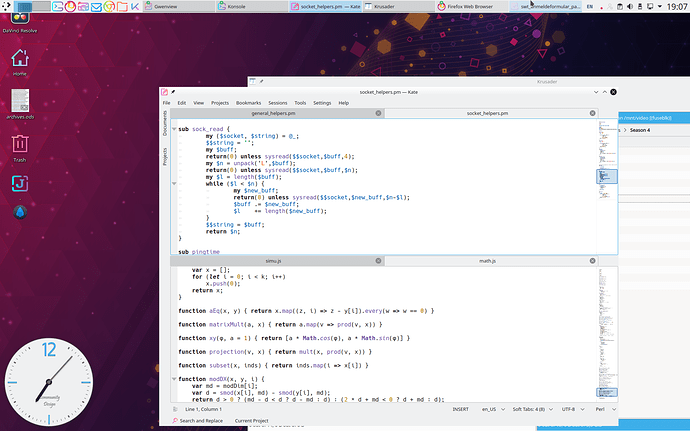 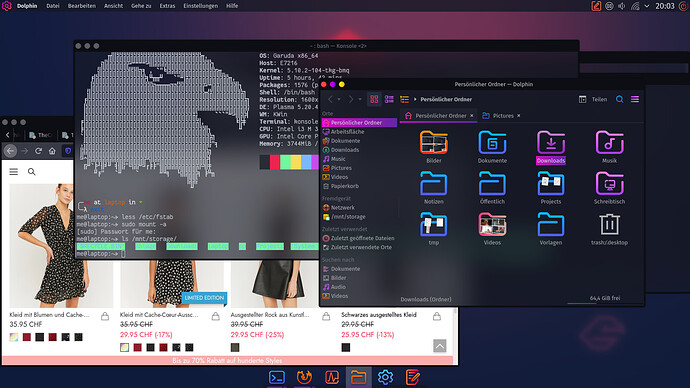 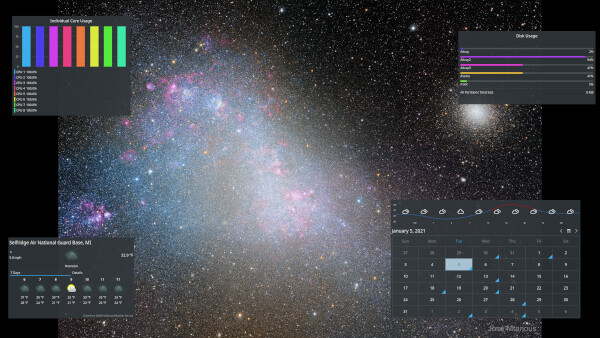 I may be an excellent specimen as a somewhat naive user without a tech background, so my preferences are based on how easy it is to find stuff and fix things. Appearances can all be adjusted (although I LOVE that wallpaper that @TrekJunky has).
I have tried Gnome, Bodhi’s “Enlightenment” (great names!), pure Deepin, Ubuntu’s Deepin, El;ementary’s Pantheon, Cinnamon Mint and Maté Ubuntu.
Early on, I found that Cinnamon and Maté work remarkably similarly. With a recent update to the Maté Tweaks Panel settings, I would say that Maté pulls ever so slightly ahead, but both are comforting in their ease of use.
I recently installed Gnome Ubuntu on a separate partition to try out something I saw, a guide to changing the Gnome environment to closely resemble the “work flow” layout of Windows 10. It uses dash-to-panel and Arc menu. Man, that is really slick! I was lost in that ozone until my wife poked her head in and said, “What are you up to? It’s too quiet in here!”
So now, I have three DEs that all are at a very high level of comfort, ease of use and flexibility.

I like @TrekJunky’s final frontier background. I love everything about space and stars but honestly, desktop wallpapers don’t really matter to me. My desktop is always covered with windows, so you hardly ever get to see it.

PS: Why the bearded Spock???

The bearded Spock is from an episode where he was from a parallel universe that had an evil empire instead of the United Federation Of Planets. Being part of an evil empire, Spock himself could be called evil. I chose that avatar because I myself am evil according to my wife. The final frontier picture is actually an Astronomy Picture Of The Day AKA APOD and KDE has an Applet that downloads a new picture every day from the APOD website.

But my dear: How could you think, I didn’t know that episode?

In any case, I didn’t know about this APOD feature. Very nice to know! Thank you!

The episode is called Mirror Mirror, the 4th episode in the 2nd season

It uses dash-to-panel and Arc menu. Man, that is really slick! I was lost in that ozone

Could you or anyone include an explanation by example of how as above or any tweak or adjustment is made by way of a picture of the GUI…? It’s so frustrating not knowing what you are doing to get your customised look.
I can see the look but not the how - thanks guys - if that makes any sense…

Let me do it simply.
First, dash-to-panel is an extension for Gnome that moves the left panel to the bottom, groups the things there into three categories (rt, ctr, left) and has dozens of ways to modify, customize and tweak what is there. It also has a small rt-click from an empty space on the panel that lists Termial, Settings, SysMon, Files and panel settings.
Second, Arc Menu provides a popup menu grouped into the typical categories (Accessories, Internet, Office, etc).
Here is the link that got me going on this.

And there is this: 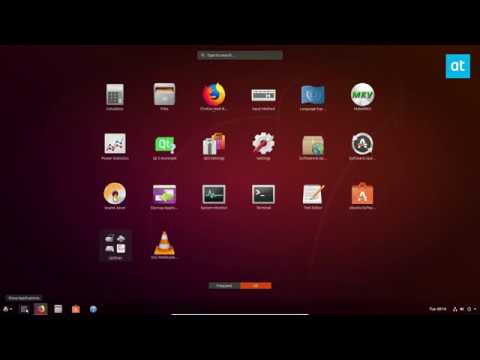 dependent Ffox – is there nothing in your distro’s DEs that could get the simple job done with a simple GUI…? - as in MATE (1.20.1)… - which has MATE Tweak and Appearnce under Look and Feel? Or simply right click the panel and select properties…?

However could I say the biggest thank you for that other post of yours giving that Joe Collins link to the video about comparing five DEs – it explained everything that I have been wanting to know for past 12 months – relief at last – might even watch it again…! 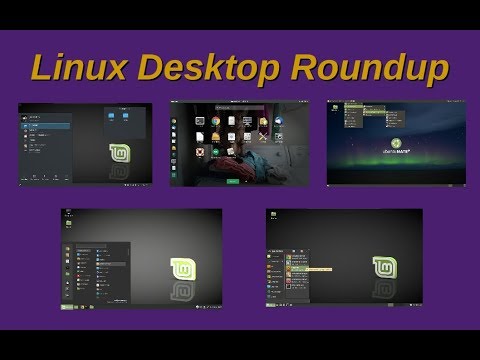 It explains why KDE is so heavy and slow wheras Mate – even though he tested a beta version got his applause and lightweight too, as can be illustrated with this capture from Trisquel v9… 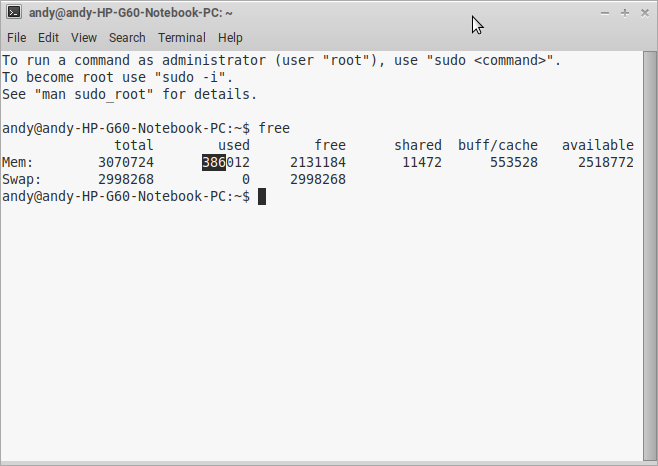 Just stumbled over this video about installing Linux on really weak hardware. 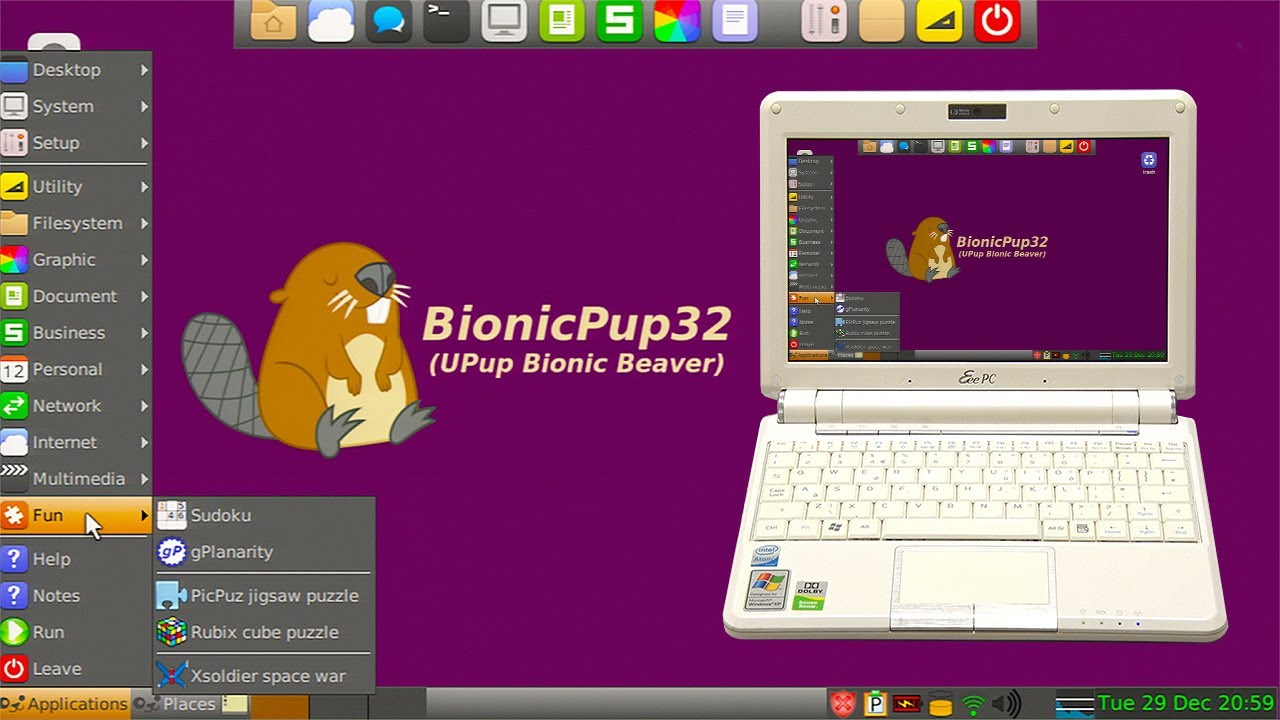 Thought it might be of general interest. I really do like Chris Barnatt, the guy how did it. He’s so utterly English in the best sense of it.