Hi all FOSSers; there are many topics and silly content posted on this forum about power consumption, use of your computer’s resources, performance, mega OTT expensive gaming rigs, old laptops, workstations, graphics cards, hot CPUs and RAM.

To have any understanding of the above you first have to understand efficiency or the lack of it - inefficiency.
Fortunately this is very easy for me to explain as I have been, and I still am fighting inefficiency wherever I see it.

Let us take the simple energy efficient LED light bulb - any type will do, but I recently purchased this one to experiment with… 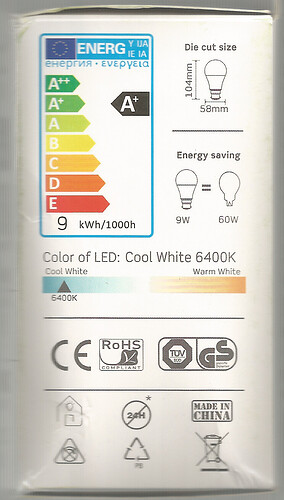 … as you can see it has been tested by various organisations for conformity to set standards but most important 9W = 60W. This means that this LED light bulb uses far less energy - 9W - compared to old tech light bulb 60W to give roughly the same amount of light. Its energy rating is A+

This Energy Rating is applied to many consumer items from light bulbs to washing machines - and proposed for EU computer devices. This simple colour coded chart is widely understood and used to compare goods… 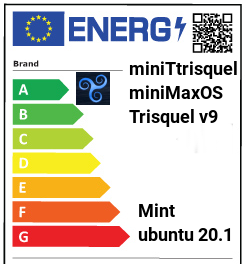 … the principle can also be easily applied to the efficiency of your computer’s OS operating system (kernel code addressing hardware architecture) performing tasks - workflow. The most efficient OS ever noted for performing everyday tasks or even at rest is miniTrisquel whereas the most inefficient OS I have tested is ubuntu. Major computer manufacturers quote lightweight OS performance on their web sites, so do all professional reviewers (Not it’sFOSS) also quote efficiency in respect of performance whereas it’sFOSS… Oh Dear

efficiency in respect of performance

I did not forget you, but got a bit busy recently.
But on this post I don’t really agree. I would place Mint/Ubuntu on the “C” line, they are not so bad to deserve the F/G line.

I would place Windows 10 on “G”.
However, I did not measure anything, I just feel this would be more real.

I don’t know how many times I have been asked
Should I switch it off on a night when I don’t use it, to save electric against the cost of repair on start up power demands.
Just to add to the story line
There is the issue of repair of a system or recycling … you may save your money buying a low consumption model but at what cost to the planet

Analysis and development of a scoring system for repair and upgrade of...

There’s something I could measure now: the power requirement of my desktop computer.
Just plugged in the power meter, now it measures the electricity my computer takes.
Only the computer, so the monitors, other bells and whistles are excluded.
In standby it takes 2W. Doing absolutely nothing, in practice it is switched off

My RPi 3B+ in the living room used as media-player, remote sound card and network scanner, takes only 1.5W idling but ready to serve me, it peaks 7.8W while scanning on the Canon Lide 60 AND playing a fullHD video on the TV…

It seems, during boot up my desktop takes power varying around 90W.
Then it settles down to ~45W, this is the idling consumption.
During rendering a somewhat complex project with 6 audio tracks, 7 video tracks -also including some Fusion composites-, it varies between 150W and 195W. Nearly 195W is the absolute peak, never ever really hit that, average seems to be around 180W.
When transcoding DNxHD to h.264 it takes about ~130W.
Whatching Youtube (taking the fullHD stream) it takes ~70W. (both with Firefox and Google Chrome)
So this seems to be an energy-monster , but I’ll check the YT thing on my laptop too. Rendering/etc don’t work there, because my laptop lacks a a videocard that DR could accept.

Hey Paul - what a great post - researched and referenced too. What a refreshing relief after all the babbling opinion

passed off as fact on this forum - well done. 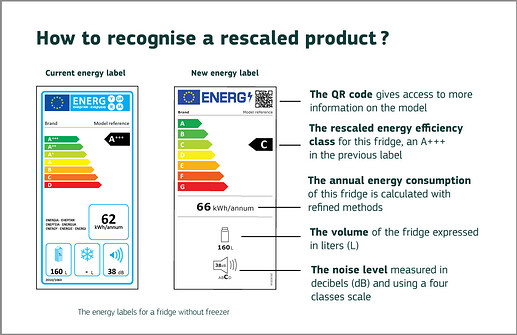 Quite right and again well said - I invested in 3.5kW solar panel system rather than invest in savings account. In the UK you get paid for 50% of what you produce even if you are half intelligent you use washing machine and other heavy load when sun is shining or at midday - either way you win twice over.

Fully aware of the environmental cost of the latest Chinese technology - Hey, I have worked in China so have tasted the pollution there - it tastes and looks just the same in the

hole they call the USA. I am surprised just how bad it is California way - even without the wild fires - as they have very strict laws of their own.
Guess what Guys, as Greta and Richard Attenborough will tell you - there is only one planet Earth and we have wrecked it.
Long after I am pushing up trees these solar panels will be still working at no cost to new owner as will all the LED bulbs which have a very long life - we have not replaced a single bulb yet whereas old tech bulbs and neon strip lights were forever failing.
Great to see that you have such a great handle on this vital topic - thanks so much.

Just to add to the story line

I would place Mint/Ubuntu on the “C” line, they are not so bad to deserve the F/G line.

However, I did not measure anything, I just feel this would be more real.

Hey @kovacslt great that you are back with your independent assessments.
However I did measure some things… 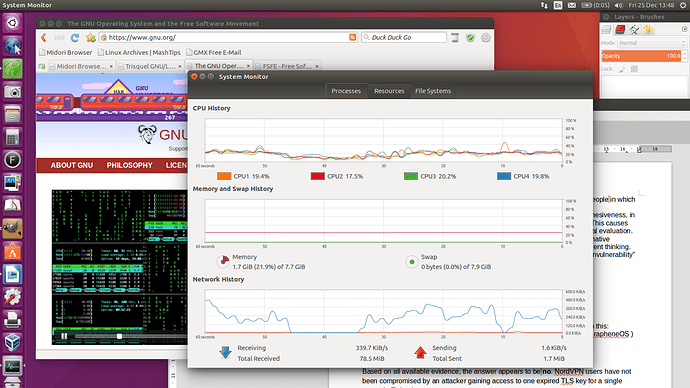 … so in my assessment they fully deserve the lowest ranking. Please let us know when you find anything more inefficient than these Distros.

I feel the opposite, though I have to admit, I don’t have the most shiny new stuff in my PC. I don’t use Wayland either. But after switching from an AMD R9 380 to Nvidia GTX 1060 I felt like being in heaven. I got both cards second hand, surely the Nvidia was newer, but I could change the cards with zero investment, because I could sell the AMD for the exact same money I needed to pay for the Nvidia (thanks to AMD enthusiasts

Please let us know when you find anything more inefficient than these Distros.