Every middle finger in Apple's face is a WIN for consumers 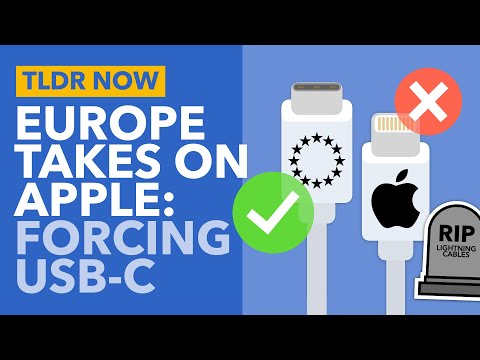 Did you know, there are fanboys that call Apple “environmentally friendly”?
How friendly, to be the only relevant company that still says “fuck you” to compatability, universatility and consumer-friendliness!

Yes. We all remember the time when there were Sony, Siemens, Nokia, Motorola etc. plugs - until the EU luckily put an end to this nonsense, with Apple being the only one holding up a proprietary standard.

It also reminds me of the times a few decades earlier when you had to purchase printer cables separately: A decent needle-printer (NLQ/LQ) then was about 300-400 Deutsch Marks, but the bloody cable was another 70 on top.

We all remember the time when there were Sony, Siemens, Nokia, Motorola etc. plugs - until the EU luckily put an end to this nonsense, with Apple being the only one holding up a proprietary standard.

It’s truly a mess. Usually, I am pro innovation and pro letting companies do their thing, except you go as far as Facebook, Google and other giants, but in this case it’s just stupid and literally screwing over customers/consumers. Sure, Sony does not care, if I buy LG hardware. LG neither does care, if I buy Sony hardware. So they never care, how many cables I need to have at home. That’s why I am sure, it’s impossible to get around governmental restrictions in this case.

Of course those of us that are running older laptops with their assorted proprietary bricks (and don’t even HAVE USB-C ports), and w/ lots of existing mini/micro USB chargers and cables for their devices that use them (and not USB-C) are still screwed either way…

I haven’t looked since I don’t have any use for USB-C, but are there adapters to let one use USB-C stuff with the older USB standard plugs and hardware? Or am I going to have to ADD to the number of cables and chargers I have to keep handy?

Yes - there are lots of adapter choices… It’s easier to get a USB C male to USB A male : e.g. 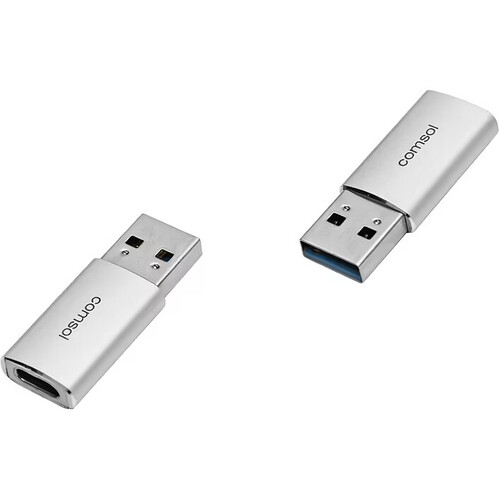 Mostly I can use my USB Armory MkII “hacking tool” (it’s Linux on a stick, but a bit more than a Pi Zero [but also a bit less, than a Pi Zero) on any USB A port…

But - I also want something similar, i.e. just a tiny “dongle” that goes USB A female to USB C male - I have one - they’re less convenient, and less common and more expensive - and they’re all cables, not “dongle” type doohickies… 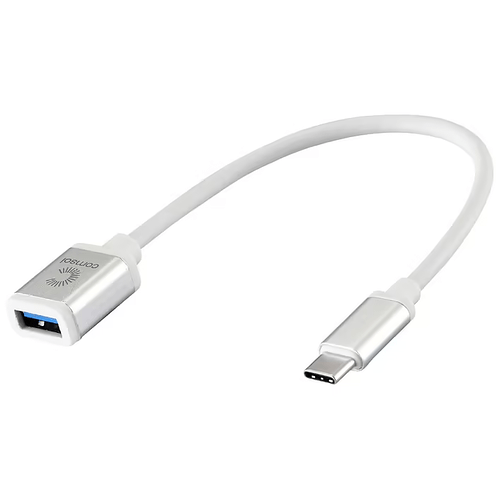 image706×706 55.6 KB
I bought an Apple branded one when I picked up the Macbook, it was $25… so not a huge price difference between generic and “genuine” Apple (and probably made at the same sweathshop factory in China).

Most of my “stuff” is mostly moving over to USB C… I prefer it… it’s now my favourite connector (e.g. it’s NEVER upside down - it’s ALWAYS right side up!). It does annoy me the dearth of USB C ports on regular PC mainboards however (my MSI Ryzen X570 mainboard has just ONE, on the back). Of course my Macbook M1 has two (and ONLY two), my Thinkpad has just ONE (and it’s for POWER!) - same with RPi4, its only USB C port is power.

USB C “things” - power and/or data and even video (I love that feature) :

Things that aren’t USB C and really shit me 'cause they aren’t :

Apple iPad Pro 12.9" 2018
see that shits me about apple, they move everybody off that shitty 25 pin piece of shit connector, to the “lightning”, then they mid-stream force their customers using things like the iPad Pro to f–king USB C? My iPad is only 3 years old, it was their flagshit product at the time, but it’s fucking redundant now 'cause it’s got a fucking lightning connector!

Another thing that shits me - about USB C this time, is that some USB shit is power and data, but then apple come along and some of their shit with the USB C connector, isn’t just USB 3.x - its also “thunderbolt” whatever the fuck that is…

Yeah - I buy Apple proprietary shit, and I like some stuff about it, but as a company they shit me to tears… and I readily admit, they’re more a brand, like Coca Cola, or Nike, than a tech company (but having said that, on the other side of the coin, the Apple Silicon M1 is IMHO an AMAZING processor - even if its just a bunch of proprietary shit chucked on top of ARM64!).

Why not try something like this? It’s about 7$ on amazon (don’t know people’s feelings about amazon on this forum. Am I even allowed to suggest it? I’m personally happy with it, since it’s wearhouse is around the corner so, yeah, very convenient.) Might not work as good as an original, but if you’re not picky, there are options. 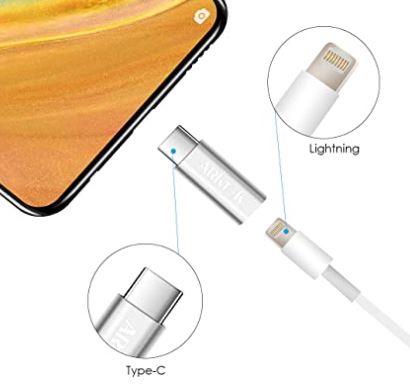 I also don’t really look at brand for adapters, they come from the same place most definetly. X-rayed a couple of adapters and cables at work and noticed the not so great quality of product, but it was still functional, but those were just some wires from A to B. Haven’t x-rayed any lightning connectors, so I cannot make any statements on the viability of all noname adapters in regards to the components inside. When components are involved is a different matter, had some issues with some fake capacitors on a device at some point, fixable and relatively easy to replace with a genuine one, but still…

I think they make now adapters for every connector types. I don’t use so many variations and honestly, I like having a bunch of cables for everything, as weird as it sounds.
I personally don’t have any Apple devices due to the price range. We got an iPad of sorts when we signed the contract for the house cause we’re supposed to document every step, so now there’s an iPad laying around that doesn’t even gets used. Took me ages to go through it’s own configuration and open a browser, since I never used Apple devices before, who knew how that all is?

isn’t just USB 3.x - its also “thunderbolt” whatever the fuck that is…

I searched for my curiosity, but if anyone else is curious, Thunderbolt explained, so there is mentioned that " Thunderbolt is a connectivity protocol supporting fast data transfer, high-resolution video and charging, all at the same time." (what’s the rule for outside quotation here

, do I need to use MLA, APA formatting or the such?)

what’s the rule for outside quotation here

I wouldn’t stress, I don’t think there are any rules… there was an annoying troll on here some time ago, who was persistent, and at times borderline offensive (to forum members like myself, and @Akito, but also others) - I think Akito took care of him… He didn’t break any specific rules necessarily, just overstepped/pushed the boundaries of good taste and respect too far, too many times…

I want the “reverse” of that device, i.e. I’d like a tiny little “dongle” to let me use a USB cable (Micro A/B, or USB C) to connect / charge my iPad Pro on it’s lightning port…

I personally, have issues with the ethics of how Bezos makes his money, by treating his workers like shit… So I tend to avoid Amazon, but not always…

I want the “reverse” of that device, i.e. I’d like a tiny little “dongle” to let me use a USB cable (Micro A/B, or USB C) to connect / charge my iPad Pro on it’s lightning port…

Would that work for you? 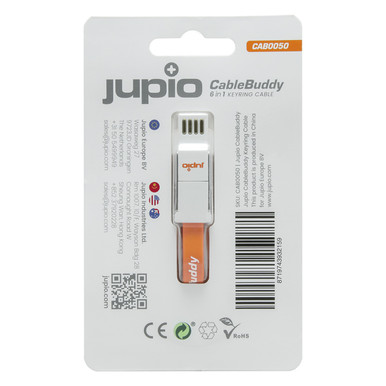 The Jupio CableBuddy is the super handy 6-in-1 USB cable that is small enough to attach to your key ring, yet versatile enough to power your device anywhere you go!

I just ordered these (6 pack) off Amazon :

What I would have liked is if my favourite bricks and mortar chain in Australia, OfficeWorks, had these - but they only have the USB C female to USB A female dongles…

Would that work for you?

Store says not yet available, but thanks for looking

You are most welcome.
Anyway, it wasn’t a hard job. Once I was asked to make a video about this “something” so it was quite easy for me to remember it had the “lightning” plug on it. Just looked up the first result of the query

Thanks to Microsoft’s obvious bad behaviour, Apple’s greasier connivances tends to get ignored. Good on the EU for calling it out (and @Akito for drawing our attention to it.)

I was about to add that maybe it’s time for the whip of government to decree compatibility. But when I stop think about it PC’s built with maximum compatibility in mind exist already. I’m using one right now .

I now foresee a time when most PC’s run a free Linux OS. Manufacturers compete to make better hardware. Software creators charge for innovative software. Consumers can choose to run fancier applications on fancier machines if they choose. Or they run can open source software on ancient cludges. In such a market there would be no advantage to creating these annoying incompatibilities in the first place.