So why not tell some Linux stories?
There are all sorts of Linux stories - triumphs, absolute disasters, dead ends, bifurcations, utopias, and real world cases.
Everyone has a Linux story, why not tell it?
It will help other users.

The best Linux Story Teller?
My vote goes to @daniel.m.tripp ( @Rosika would be a close second)
Who gets your vote?

I’ll try to put my grain of salt (though probably not today).

I have a notebook full of absolute disasters!!! Especially with Gentoo!!!

I too will try to think of a good story or two from my early experience with Linux when the learning curve was steep. Remembering the details for the story to make sense tho may be a problem.

I have a notebook full of absolute disasters!!! Especially with Gentoo!!!

The semi-hacky way I grabbed my first Linux maybe?

I already used this method to grab “warez” - e.g. I got a copy of Windows 95 “gold” (24 floppy images) in June 1995 (when you couldn’t buy it in shops till August and some sad pathetic pumpkins actually camped outside computer shops to get their copy) : I’d “jack” a 2nd ISA NIC in my Windows 3.11 (or 95) work PC, with COAX (RG58 [or was it 62?] - thick ethernet)** into the University (they had their own separate LAN in the hospital) - randomly assign myself an IP address (and hope no-one else was using it

) - then I was online to warez sites, warez IRC channels, and other “gold” like aarnet (mirror.aarnet.edu.au - still extant, its the main Aussie mirror for Ubuntu - but also hosts nearly ALL of the other distros too).

Late November 1995, was reading a Byte magazine article, and it mentioned a “free” UNIX like O/S called Linux. We already had SunOS (the BSD like SunOS 4.1.3 - not “Solaris”) and DG-UX in the Hospital. So - I used some early search engine (maybe Altavista or Webcrawler) and it pointed at ftp:\mirror.aarnet.edu.au\ as a source for Linux, and I grabbed ALL the Slackware 3.0 disk images off there (over high speed links!) and started playing with Linux… Luckily had a spare idle 386DX (with a whopping 8 MB of RAM) so didn’t necessarily have to mess with dual booting, but it was possible even then, with FIPs to re-partition, and LILO (I think Slackware sill uses LILO instead of GRUB)…

I had no idea at the time, but that University (of WA) hosted the main Aussie repo for Debian - but too late, I’d already discovered, and familiarised myself, with Slackware…

** it was actually a bit more complex than that, now I think about it - I’d patch the cable from my desktop machine, in the computer room patch panel, into an AUI tranceiver, that could do COAX - AND - UTP, then COAX to the Universities LAN…

My vote goes to @daniel.m.tripp ( @Rosika would be a close second)

Thanks so much for the praise. I feel honoured indeed.

Yet I´m sure there are so many other members here which could come up with highly interesting stories.
And I´m sure you have a lot good stories to tell yourself, Neville.

Many greetings from Rosika.

Love that story.
At about the same time as you, I was downloading FreeBSD 1.x, probably also from aarnet. It took umpteen floppy disks. I had a 386DX too, but I got hold of 486DX motherboard and upgraded it. FreeBSD was quite an easy install, even then. I used that machine for about 20 years. It would run twm window manager, but not a dte. I even had ppp running and could dial into it.
I managed to get hold of a second one, upgraded it to be the same, and had one at home, one at work. I used to carry quiktapes back and forth between home and work, because dialup internet speeds just were not up to large data transfers.
Those machines performed equally as well as a Sun Workstation.
I finally decomissioned them about 10 years ago, when I got my present desktop. That is when I switched to Debian.

You have a much broader experience than I. Your story is real world, mine is one little guy playing around on his own

Thanks for doing it. You have a talent for making a story out of thing
Neville

Thanks so much for the praise. I feel honoured indeed.

Hi Rosika,
You are able to do something on your computer, and then chronicle it in way that is easy to understand. Keep doing it, regardless of whether it is a disaster, a problem, or a success,
A lot of other users benefit from and enjoy the things you write.
Regards
Neville

Thanks a lot, Neville.

Keep doing it, regardless of whether it is a disaster, a problem, or a success,

But, truth be told, it´s people like you, dear Neville, who give so much to the community.
Your expertise and helpfulness is surely highly valued by everyone here in the forum.

Thanks a lot for your help.

But, truth be told, it´s people like you, dear Neville, who give so much to the community.
Your expertise and helpfulness is surely highly valued by everyone here in the forum.

She’s right on the money, Neville–I’m a member of your fan club as well!

I share Dan’s story insofar as I treated myself to a Byte magazine with an included CD years ago and dove into the live versions of several distros–I was actually looking for some games and utilities for Windows, which I think the CD also included. But that exposure brought me out of the dark side somewhere in the late 90s. Glad I’m here with some great people.

Here is my Linux/Unix story for the day. I was a sysadmin for a large, multiuser VAX server back in the late 1980s, when one of my users knocked on my office door. He said, “Um, I think our server has a security hole.”

I said, “That’s interesting. Why do you think there’s a security hole?” And in the background, I could hear people shouting in other offices.

He responded, while looking at the floor, “Well, um, I tried it out, and, um, I just wiped out the /etc/passwd file.”

OK, now I understood what the shouting was about. Everybody’s accounts were suddenly broken.

He meant well. But I had to explain that it’s better to tell us about a security hole rather than just “try it out.”

I had to explain that it’s better to tell us about a security hole rather than just “try it out.”

Hi @dbauthor ,
In Australia there would have been a few expletives added to your response.

Another 1980’s tale
Our Department had a computer users group. At that time there was a great diversity of small computers available, and our users group decided we should standardize on CP/M.
A policy requiring all new purchases to be CP/M was announced.

A few months later IBM made its momentous decision to go with DOS for its first PC. The policy disappeared.

We’d got hold of the shareware version of Doom (1) off Compuserve - and - discovered you could deathmatch on IPX - so - 4 of us went into the “training” room (386DX-33’s with 8 MB RAM) and fired it up (we had to disable a DOS TSR called “swatcher” that would stop you running unautorised exe or com files) and proceeded to frag one another mercilessly - we actually had the door open to the training room so it looked like we were working - and the door was at the top of the stairs that the Netware LAN administrator would use (and us too - ostensibly, my job was as a mainframe operator) to go down to the computer room on the ground floor / basement - and he was pelting up and down the stairs, with a very worried look on his reddened face.

He had some sorta third party LAN analysis tool, combo of hardware and software, in his office, so he had to keep bolting up and down the stairs between the Novel Netware server consoles, and his Lanalyzer workstation…

No idea it was us - playing doom and sending BROADCAST IPX packets and killing the WHOLE IPX network across the whole hospital campus (it was fairly spread out hospital, not a highrise) - we dragged the whole hideous UTP and coaxial hybrid LAN to less than a crawl 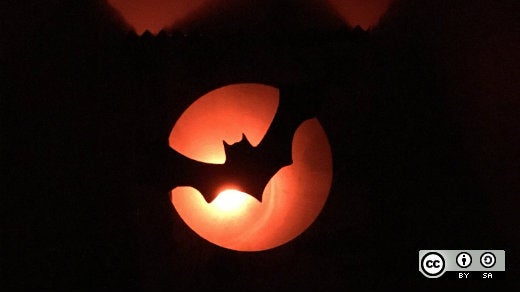 I remember RSTS. Of all stories I liked the PDP assembler one, and the C loop with 2 control variables.