Mobile phone no thanks 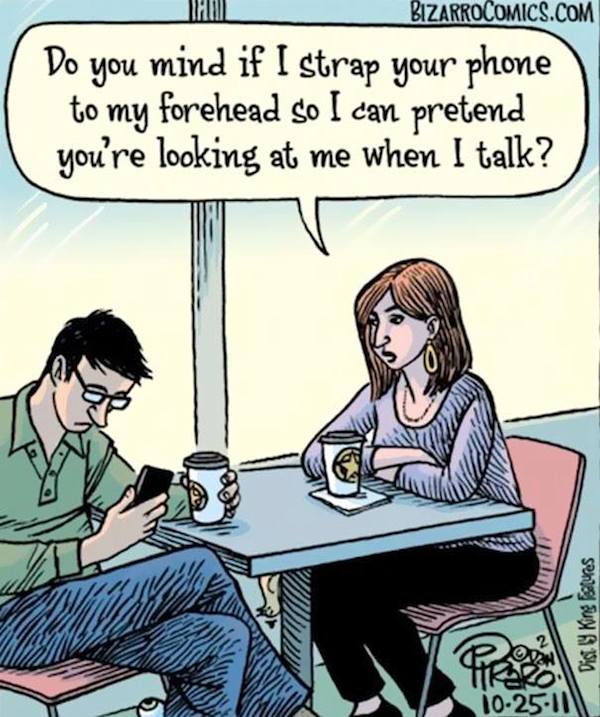 That reminds, I heard a young couple arguing the other day. Oblivious to what about. Until she exasperatedly exclaimed, to her partner or husband.?

“Will you, stop vyping, it looks like you giving a robot a bxxx job.!” I creased up laughing and nearly fell over.

Australia… the old black bakelite phones with A and B, all you needed to do was stick an ice cream stick in the coin hole for a free call… There were other ones with a long pole that stored all the coins at the bottom - to get a free call, you waited till the person you were calling picked up the phone and quickly flicked the handset receiver…

Best thing was if you knew where the red payphones were (preferebly in a secluded location - like at the rear of a hotel lobby) - you just picked it up (they were never actually bolted down) - turned it upside down - shake it about a bit - and out would tumble a bunch of 10 cent pieces into the change/refund slot! Money for pinball!!!

I have the best answer for mobille phones, dump them. I actually do not own one because I simply do not want to get phone calls when I am out and about. So many people these days seem to live on the phone and have to check for text messages every few minutes. What happened to good old fashion face to face conversation? If I had a mobile all I would want is a phone and none of that candy floss that Google and others think we should all have. If I did have such a device it would still be switched off unless i wanted to make a call. A desktop computer and a home phone, nothing else really necessary.
cpast

LONG POST
I must have a phone - and a smart phone at that… still remember carrying around a Nokia handset (many supersticious data centres wouldn’t let you take your mobile inside! I remember one DC chock full of ancient DEC VAX and PDP servers - the staff were paranoid about freakish magnetic interfence from cellular handsets) and my Palm Pilot (which also doubled as my mp3 player) so I had my contacts to use the ONLY handset in the computer room…

But 'cause I’m kinda old school (ride a Harley) - I keep my phone on silent most of the time… and I NEVER answer the phone when I’m driving, it’s an easy habit to get into when you’re more of a motorcyclist than a motorist… what’s wrong with waiting till the end of your journey and calling the dialler back then? I have several friends in the motorcycling community who were hospitalized due to driver inattention (i.e. too busy on their phones to pay due care and attention).

However seriously considering a Galaxy Note 9 - because of Linux on Samsung Dex… not really too different than what I was using nearly 3 years ago with MaruOS on my Nexus 5 : convergence - i.e. Linux desktop in a chroot or container, with some trickery to make it output the desktop over HDMI… Given my current main handset is a Galaxy Note 3 (circa 2014/2015) about time I updated I reckon (battery life on the Note 3 is only marginally better than the woeful battery in the Nexus 5)… I really kinda hate Samsung but have a love/hate relationship with their Note series : had the original Galaxy Note 1, then a Galaxy Note 10.1" 2014 tablet, then a Galaxy Note 3 phone, then a Galaxy Note Pro 12.2" tablet… what I hate about them is that horrible “boot loop” - the only way it is to wipe your data and start with a clean slate…

Why Note? Because I love to draw… I also have an iPad Pro 12.2" + pencil… because I couldn’t get my Note 12.2" out of the boot loop (and didn’t want to lose my data)… but now I have both devices working… bonus! The thing that Android kills iOS is that ii supports a mouse and cursor! Doing remote support on an iPad (e.g. RDP using touch controls?) is a real PITA! Having said that - I’ll never trust Samsung with mission critical data (their SSD’s seem okay though).

hospitalized due to driver inattention (i.e. too busy on their phones to pay due care and attention).

Been T-boned twice by people looking, but NOT paying attention at junctions, the last one should have never been allowed a licence, the lens in his glasses resembled the glass used at the base of a milk bottle. Blind.

have several friends in the motorcycling community who were hospitalized due to driver inattention (i.e. too busy on their phones to pay due care and attention)

It might sound harsh, but in all seriousness, I think, that whoever is that careless, not only to themselves, but to others as well, kind of deserve such outcome, at least partially. If you’re driving whatever motorized vehicle, you can easily literally kill people just because you had to write a text message or call someone “right now”. Just watch some dash cam videos where people ride other people over for looking onto their phones. I remember a video where a truck driver drove full speed into a traffic jam. He got several decades of prison sentence for that and rightfully so.

Here in Queensland Australia there are very harsh penalties for people caught using a phone while driving. Not sure about other States but I say no penalty is too harsh.

In the UK, its been law for nearly a decade, but rarely seems enforced from the amount of driver I observe using a mobile device, out walking or driving these days. Our system waits to for some foreign national truck driver to rear end and kill an entire family in the process, then crucifix him as an example to the rest.

But hey ho, see coppers amongst other road users on the mobile whilst driving, after the latest purge.