NetFlix not working in Firefox

I recently installed on my i386 32 bit computer Bodhi Linux legacy version along with Cinnamon DE. I noticed that Netflix was not working in both Chromium and Firefox. Even though DRM has been activated and Widevine plugin has installed and activated along as some Codecs installed as suggested by Abhishek in one of his blogs. NetFlix still does not work. I would like to know if anyone has a fix solution to this issue. You’re response is highly appreciated. Thanks.

Im on Kubuntu 20.04 with Fire 89… Im watching Netflix.
So, anyone with an older system to verify?

Chromium will be difficult for Netflix. Firefox is your best bet on a 32-bit system. Did you try installing all the codecs and VLC media player (it consists some codecs as well)?

VLC is already installed with all the codecs. Firefox is the latest version with DRM and widevine and 264 plugin active. According to Mr. Laszlo Kovacs he suggest to install an older versoon of FF ESR Don’t know how to do that via terminal or .Deb file. The problem with Chromium that it does not want to update Widevine. Google Chrome os no longer supported in 32bit machine. Pipelight and moonlight an equivalent od MS Silverlight don’t seem to work. Netflix no longer gives support to members that use Linux distro. They report that the OS is not compatible. I will continue to search. Let me know how to remove FF and install an older version manually via terminal although I don’t find this a good thing as it might compromise the security of FF.

I won’t recommend using an older version of Firefox, honestly. It’s a security risk as you have already mentioned it.

I’ll see if can download Bodhi Linux 32 bit and reproduce the issue in a VM.

Thank you so much for helping me out in pursuing this issue. If you ever find a solution it will be highly appreciated, it might even help others who are in the same situation as I. Please do not forget that I have installed along with Bodhi Cinnamon DE. Please let me know.

It’s a security risk as you have already mentioned it.

AFAIK, Firefox ESR gets all the necessary security patches, so it shouldn’t be a risk. What it lacks is, shiny new features maybe. There is a reason Debian offers the ESR version by default, and I’m confident, the reason is not to provide a less secure browsing…
I just told, it works for me, and it wasn’t a complicated setup or such…
I made a mistake though, I completely overlooked that it’s about a 32bit system.
That may be a problem…
If that’s the case, ESR would not solve it either

My bad. I read older version of Firefox and jumped to conclusion. I haven’t used Firefox ESR. Will learn more about it.

There’s nothing wrong with ESR I think. I ride Debian since a while, so I stick to ESR. Early 2020 my kids were on Linux Mint, and they used to go to the school online, that time it was a real mess over here. One needed Teams, the other Google classrom, then sometimes skype, few times discord, as well as FB chat… Having 3 kids I observed at least 6 different online school solution

All of a sudden they could not open Skype conference invite links. However, it still worked on my machine. The most obvious difference was Debian vs. Mint, the second obvious difference was FF vs FF ESR. I installed the ESR version for them, and voilá. Everything worked great again. That was in the spring of 2020, since then we prefer the FF ESR over the “normal” version. No proble so far…
As I see, the normal version of Firefox gets new functionalities, features sooner - the ESR is on a conservative codebase, so it’s more mature. Something like using a rolling release distro, versus a stable one. Like Arch vs Debian

) benefit from the experiences and courage of the users of the rolling (always the newest stuff) users.

@uboyalu
Do you have any option to go 64 bit on that computer?
If your computer is so old, that incapapble of running a 64 bit OS, the video playback of Netflix would be choppy anyway. If it has just few memory, say 2GB, but the CPU can run 64 bit OS, I would advise you to go 64 bit. In that case you could also try Electron Player, which is a dedicated player. 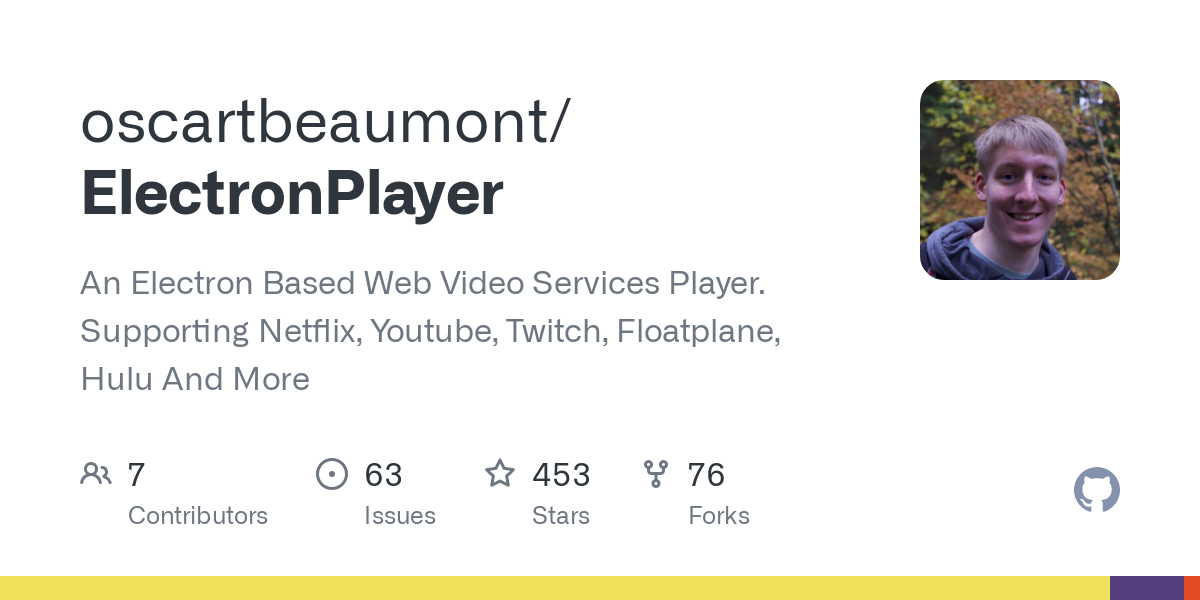 You could also try Kodi with a Netflix addon. I could install it easily into Kodi 18 running on my raspberry 3B. RPI has limited power, so it can play maximum 720P stream from Netflix via this addon.

Thank you so much for pursuing the matter. I appreciate your efforts in this matter. I read about ESR and the developers edition of FF but I don’t know 1. How secure they are and if the security patches are updated. 2. If it is secure and updated often how to install it using the terminal entries. I know that the developers edition is meant to be used by institutions, organization and industries but how safe is it.?

Looking forward hearing from you. Meanwhile I will continue my search. I will let you know if I find a solution.

PS. It will be nice if Netflix got their act together and find a solution from there side to accommodate Linux users,. Not everyone uses MS Windows with SilverLight installed.

Thank you for replying with some sound suggestions regarding playing Netflix on FF. I will try playing Netflix on Proton player as suggested, as for the computer it is very old with Intel Pentium 4 chip with 1.5 gb of ram and will not probably be able to upgrade to 64bit.

Firefox is my go to for Netflix and can happily say it is working on mine, though I am 64bit. I’ll try it on my 32bit computer and post the results.

it is very old with Intel Pentium 4 chip

I’m afraid you are out of luck. I highly doubt this old CPU will be able to keep up with the hard job to play Netflix.
On my i5 5200u it takes about 18…22% CPU. Imagine how an old P4 performs compared to this? 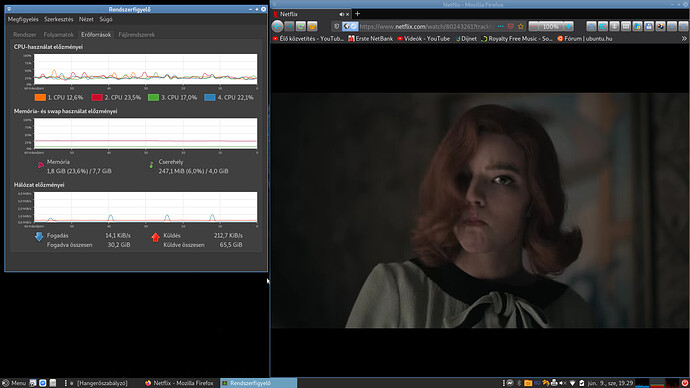 I hate to tell you this but Netflix was working just fine when I had Lubuntu 18,04LTS. Ihad to replace it and I figured it will be nice to Bodhi Linux for a change. Thereis for the change is USB flash stopped displaying on the desktop and remaind stuck on mount rather on media hence, I was unable to save any documents on them otherwise, Netflix was working just fine.

Ps. Is that Queen’s Gambit your are watching on Netflix same here, but on a smaller screen–Android device.

I hate to tell you

Don’t hate to tell, this is a very important information.
It also means, I underestimated your CPU.
Why did you have to replace Lubuntu?
Let me try something, I’ll be back…

P.S.: Just started a random stream to show it works and load it causes. It could have been anyhing.

Update:
Installed Bodhi into a VM, then installed Firefox into it. Enabled DRM, still no luck with it. Also installed FF ESR into this virtual bodhi, and the same result. According to Netflix error code (F7701-1003), this is a widevine problem. At the moment I’m installing Lubuntu 18.04 32 bit into another VM, and will see if it works there.

Update2:
@uboyalu, can you plaese copy here an output of lscpu?
Especially “Architecture” and “CPU opmodes” would be of my interest…

Update3: On Lubuntu 18.04 I get “unsupported browser” error code from Netflix, both on FF 89 and FF-ESR. This is different from Bodhi’s widevine error, so promising, but still no go…
I’ll try to mess with user-agent string later, but I have to go now…

Did you find out why Netflix doesn’t want to work on Linux? This is a very strange problem, but it would be nice to understand its cause and find a solution. Watching Netflix through a phone or tablet is not the best solution.

Hi @KayBur, I get different results on Bodhi and Lubuntu, but just doesn’t work. Tried to chage user agent string on Lubuntu, but didn’t work, no matter if I try shiny new Firefox, or the ESR version.
However, Netflix definitely works on Linux, I’m able to watch it via Electron player and Firefox ESR on my laptop as well as my desktop. It also does work -and I use it mainly here- on my Rapsberry based Kodi installation, which is of course Linux as well (Rapsbian).