I have an old PC(circa 2006-07) that was running Windows XP just fine for years. It has a single core Celeron D cpu and sub GB ram.

About a 18 months ago, it wouldn’t let me connect to the router via Ethernet cable . It was detecting a network signal, but it came up with a Router page telling me to sign in to the router, but I couldn’t understand what is was trying to tell me to do. I was perplexed because both an older laptop and new desktop still networked on that router just fine.

After having so much fun switching over to Linux, I decided to give the troublesome desktop an OS change to a light-weight distro - AntiX.

Unfortunately, it is way slower than Windows XP on this machine and there is tremendous lag when I try to run apps or type something(the letters typed have significant delays before appearing) such as Libre Writer. The Web Browser is acting very similar to way it acted under WindowsXP. It doesn’t give the ‘router page’ feedback, it just sits there forever.

I thought I would check here for any tips before I set it on the curb. Thanks in advance.

Once I revived a very old notebook, and tried a dozen of distros onto it, including Antix.
The very best all of them was Debian 8.11 with LXDE desktop.
Here you can read my “adventure”:

I helped a friend here to get started on the way towards Linux, and his old, but still usable Laptop got a 32 bit Linux Mint 19.3 XFCE. He was amazed how well this system performed on his old laptop. He gave me his very first ancient laptop just to see if I can put Linux onto it too? It’s a HP pavilion ze4200, AMD Athlon XP2200+ (mobile) and having 512MB RAM. Originally Windows XP was installed, booting in several minutes, I’d say it was unbearable… This laptop has no real use today, so there…


It worked quite acceptable, except the browsing experience.
Don’t expect such an old hardware to browse the current web flawlessly: it simply can’t keep up

Blimey previous to GB Ram when Bill Gates said you’ll only need 512MB. I guess you can’t update the Ram either, as the Motherboard would fry? I truly would consider in my opinion that an upgrade is in order, or there is Puppy Linux running off of Ram only off a USB Stick, it should find your Router too. It’s called Puppy because it’s so small. Have a look at the link below.

Actually, he didn’t say that. He said: 640KB would be enough.

My first real computer (a 286AT after the Sinclair ZX81 with 16KB memory extension) in 1989 had 1MB of RAM and 20MB of hard disk. Under DOS 3.x, programs had to do a lot of magic to access the upper 384KB of the memory.
I still once managed to install a Minix OS with a LaTeX processor on it in the mid 90s as even the earliest Linux versions required at least a 386 CPU.

As far as Linux distributions for @edgrin2’s machine are concerned, I’d think that @clatterfordslim’s suggestion of Puppy Linux is a good one. However, if it doesn’t manage to connect to the internet via the ethernet cable, I’d guess that the network adapter is broken.

I had one of those, my brother and I saved our pocket money up for it. Monster Maze scared the hell out of me. We had another game called Galaxy Invaders, Space Invaders on Steroids. The graphics for that game were very superior for that time. From there we got into BBC Computers and got it’s daughter the Acorn Electron. Years later Sinclair 48k, then Windows PC’s galore from 95 then straight onto XP now Linux.

Well hopefully Puppy Linux will have all the necessary drivers, as it runs in Ram or these days you can fully install it onto hardware. Like you say though if it still does not connect to the Internet, then that could mean Network Adapter or Motherboard breaking.

No where near enough for today’s tech. I remember waiting for what seemed like years to connect to dial up.

[…]From there we got into BBC Computers and got it’s daughter the Acorn Electron. Years later Sinclair 48k, […]

Those were the days, my friend …

No where near enough for today’s tech. I remember waiting for what seemed like years to connect to dial up.

Puppy Linux is ok but not really that good for everyday end user experience, bit chinky and not friendly … yes I use it but only for limited jobs.

Lubuntu wold be closer to xp on older machine

But if possible upgrade the memory and go for the 32 bit version of mint 18 mate.

But network connections issue sounds like a network WiFi card mint mate may solve this or not, but cheap WiFi cards or usb key may give you bit more life

Either way think of it as a learning experience and finding more out about Linux and how things work, puppy would give you that no doubt

You can still hear it if you dial (phone) a fax machine by mistake.
1st home PC Atari 400 16K with a cassette tape drive. Had to buy one when I saw Star Raiders running on one. 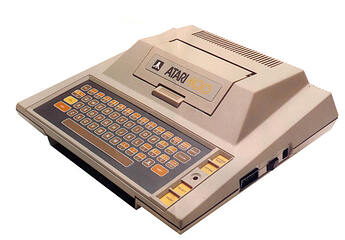 Stop, stop, you are bringing tears to my eyes

Where for art thou Archimedes…?
Hi - here I am…

I loved those sounds. I remember after hearing that sound unplugging the chord from the phone hand piece(not sure what it’s called now…lol) and plugging it into my Commodore 64 modem to explore all the local BBS. Very nostalgic sound for sure.

First you can upgrade the ram for short money. Google your mother board specs; or an old Cnet review for the maximum ran (probably 2 gig). You can buy it on Ebay for about 12.00.
Second replace your network adapter which does not seem to work anymore. You can go wired or wireless depending on your equipment and preference. Third I would suggest Zorin Lite for a lightweight distro. After you have upgraded your PC Zorin Lite will be very fast. Add Libre Office and you will have a full featured application.

Also try another ethernet cable. That may be your problem.

If you are disappointed with your new

puppy and it won’t obey you or plays up being a bit chinky and not friendly; you might try something very friendly and fuss free, without hype being designed for 32 bit, compatible with all PCs from Pentium Pro onwards, including 64 bit ones – so no need to upgrade hardware. It has a 1.2 GB Live DVD iso image, LXDE desktop and no hype whatsoever