This is what happens, when something completely neutral and versatile is associated with pure evil just because of marketing and disinformation spreading propaganda, coming from big corpo:

Comcast Sends Copyright Notice to a User for Downloading Ubuntu ISO via...

Xfinity warns the user with a DMCA notice in the suspension or termination of service for downloading Ubuntu ISO file using BitTorrent.

Whenever you say anything positive about Torrent, you always get those Normans that immediately think of something illegal/bad/negative.

So many words in today’s society are associated with negativity, when it couldn’t be farther from the truth!

Probably, one of the most wrongly associated terms is “conspiracy (theory)”. It’s always associated with the worst.
However, looking at our official history, many such “theories” have been already confirmed to be absolutely undeniable.

Operation CHAOS: The CIA Program That Spied On Americans

In the 1960s and 197s, the CIA conducted illegal intelligence operations, collecting information on over 300,000 Americas. Here is the story of Project CHAOS.

Now imagine, someone would tell you about something like that today… Any normal person would think, they are paranoid or even insane.

I like the example a lot, because it fits today’s time perfectly and it wouldn’t surprise me if in our time a group of people put on the same shoes that Operation CHAOS left decades ago.

However, my most favourite probably will remain the case of Snowden. It’s the best example of all that I know of, that any conspiracy theory might become reality at some point, if it even remotely makes sense.

There are many other words/terms/sentences/proverbs/idioms like the two examples above, which are associated with pure negativity, even though they are usually very neutral or sometimes even positive!

Do not get paranoid by letting big corpo tell you, that you shouldn’t think for yourself.

That Operation Chaos website is bright, blinded by pure white. It’s 03:15hrs here where I am, seeing all sorts of colours now. Wish websites would give visitors options to darken their sites down?

I could not believe Comcast done that, so glad I live in England, though waiting for something similar to happen here. Ubuntu is free and not piracy. Makes you wonder that the everyday folk of these organisations have not got a Danny La Rue (Clue) about nothing.

So, there is something in Comcast user agreement against torrents?
I know AT&T will not allow changing DNS settings which irks me to no end.
I hate commercials which is why I’m a cord cutter from way back.
I tried, without success, to put a router between my in-home systems and the AT&T Fiber Optic Modem.
I’m continuing to explorer changing DNS to AD Guard servers at a central location on my home net.

BT has since 2012 actively blocked and /or slowed torrents. The will claim - bandwidth cap!! - even when its a day or so after the counter reset.

Virgin actively blocks (or tries to

) open source routers, has been caught blocking/slowing/time-out sessions on torrents.

Sky has done the same as Virgin and while Ive not seen it and cant verify, they actively watching for VPN service and look to slow your connection.

Europe is just as f’ed up as everywhere when it comes to passing data in a way someone else considers out of the norm.

Europe is just as f’ed up as everywhere when it comes to passing data in a way someone else considers out of the norm.

I’d say it’s much worse in America. Just think of the Anti-Internet freedom campaign years ago.

Im currently contracted with a city owned and run isp where they are actively filtering certain content and url’s. With the FCC change back to Obama policies they have won three legal cases over consumers and competitors to what is … anti-anything that they dont like. Its nuts. Including www.yourcompetitor.com is blocked or rerouted. Its absolutely nuts some of the stuff going on. Thankfully, and hopefully, this is very rare.

There’s something I don’t undertand really. The ISP provides a DNS service, which does some filtering.
Are you FORCED to use that service? Can’t you use -say- OpenDNS, because -say- you want to use your own filtering?

Charter is well known for redirecting opendns queries to their own dns. I dont think people really have an awareness of just how powerful the isp can be or is

Can they spoof DNS over TLS too? I doubt…

All the recommendations you gave are not that much applicable to the average Joe using the internet. The average Joe has not a shred of an idea what you are talking about and wouldn’t waste a second to apply such a solution.
This is what big corpo is also exploiting.

Average Joe will get a filtered content then. Maybe Average Joe asks for some help at the non-average friend, if the filtering hurts him

Maybe Average Joe asks for some help at the non-average friend, if the filtering hurts him

The biggest problem is, that the Average Joe, most of the times doesn’t even notice what is going on. This leads to millions of people, unwillingly, accepting/tolerating the companies’ misbehaviour.

Then, when those who actually know their shit a.k.a. the non-average Joes, speak up, the companies say something like “oh, well, millions of users haven’t complained yet, so you must be wrong!”.
This is why we can’t have nice things. Because the average Joes is stupid as fuck. 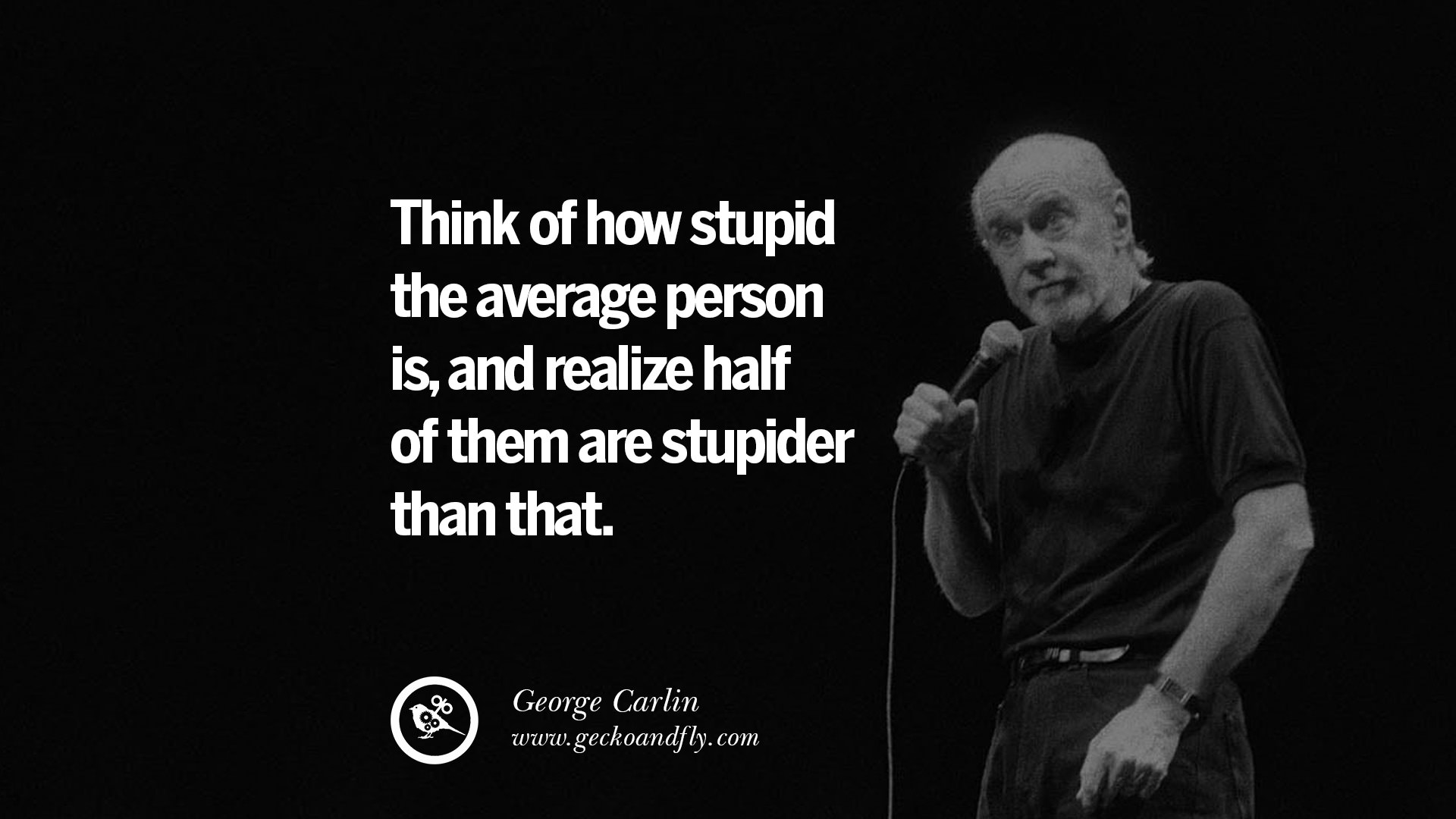 I often use torrents to get OSS ISO images - why? Because sometimes it’s even faster than direct from a nearby ISP…

It’s like drugs - just because a few useless f–kups abuse it - the rest of the responsible user base is penalised… but to me - drug probibition has always flown in the face of capitalism… it’s an irony that the most vocal champions of capitalism are usually the first to trot out the tired rhetoric of “the War on Drugs” (I think that was a “Nixonism”). Probably the same voices decrying the accursed sin of copyright infringement eating into the vast profits of vast multinational tax avoiding corporations…

I often use torrents to get OSS ISO images - why? Because sometimes it’s even faster than direct from a nearby ISP…

If something put on Torrent exceeds a couple of hundred seeders, nothing, no server, will ever be faster. Even if we are pessimistic about each user’s upload speed: if you mulitply it by, for example, 300, then you get tons of speed.

I actually thought about switching to Transmission, because it seems more reliable, than my current solution.

Currently, I am running a Deluge-Daemon on a Raspberry Pi 3B running DietPi.

The Deluge backend seems fine, however the client seems pretty unstable and feature-incomplete. I had to compile a special Beta version of the client myself, to make things work, that I need a lot.

There’s no bells or whistles under the hood of transmission-daemon HTTP interface (been so long since I used the fat client binary transmission desktop application - I don’t remember what it looks like) : 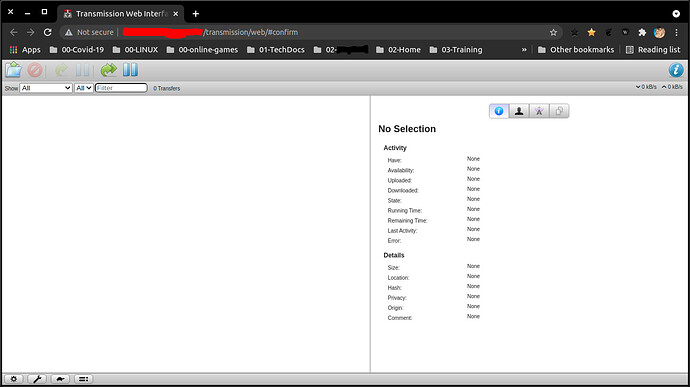 Simple and does everything I need… I seem to remember having to tweak some JSON config files to make it do what I wanted but nothing too finicky - been running it this way 24x7 for a least 3 years… probably more… OrangePI (OPi+2E) boots armbian off eMMC onboard… 90% of the i/o goes to mounted NAS drive… 4 ARM cores, 2 GB RAM…

If Ubuntu stops offering ARM updates for 16.04 (I’m using Armbian Ubuntu, not Debian) - I may just not update and wait till the thing dies… I’m not using Armbian’s repos (they’re a bit unreliable) just ports.uubntu.com…
– edit –
I read somewhere, something, today (no idea where - damn I should bookmark these things!), that ARM holdings/foundation or whatever the governing body is called, won’t support 32 bit after 2023? That does seem odd to me - given that in 2023 there’ll still be litterly 10’s of thousands of 32 bit ARM things out there - e.g. I don’t see any sign of the Pi 0 being discontinued anytime soon… and 64 bit ARM on Pi 3 and 4 is still pretty much a “beta” thing for the Pi Foundation… I’m guessing OEM’s in China will keep printing out that silicon…

I’d say it’s much worse in America. Just think of the Anti-Internet freedom campaign years ago.

The company I’m with Southern and Scottish electric, have just moved from BT to Vodaphone and no capping on Torrents or anything.

I am on ATT Uverse, and had no problems changing the DNS settings to Google Public DNS in Networking.